Although 70 percent of TLDC’s portfolio would be comprised of premium residences (all located in key cities in the metro where universities and colleges are situated), there remains room for growth, expansion and diversification.

In fact, TLDC has already stepped out of its comfort zone from being a niche developer of premium university residences, as it has started expanding its portfolio to include leisure developments and masterplanned townships in emerging urban centers outside Metro Manila.

“We, at TLDC, always make sure we are one step ahead of everyone because we don’t mind looking outside of the usual areas of development. We look for places which are ready to take off,” said Tomas P. Lorenzo, president and chief executive of Torre Lorenzo.

Emmanuel Rapadas, chief financial officer of TLDC, disclosed that other key properties in TLDC’s portfolio, which are located outside the National Capital Region, comprised 30 percent of their business. 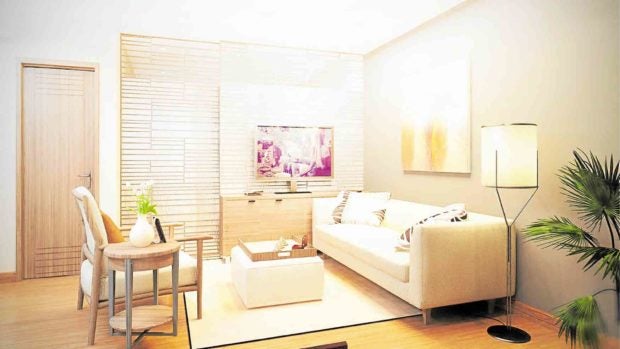 Among the key areas of development is Lipa City in Batangas where Tierra Lorenzo Lipa is located. It is a mixed-use development with two residential condominiums offering ease of accessibility given its proximity to major highways such as JP Laurel and Star Tollway exit.

TLDC has also partnered with Dusit Thani Philippines to develop the P3-billion Dusit Princess Lipa, which will become Batangas’ first upscale international hotel. The 152-room Dusit Princess Lipa is set to open its doors on 2021.

It has always been TLDC’s goal to raise the bar when it comes to amenities and accommodations in vibrant cities outside Metro Manila. Over at Davao City, TLDC once again joined hands with Dusit International to establish the city’s first 5-star hotel.

Soon, another hotel will rise just behind the existing hotel. It will be called the Dusit Princess, a 4-star hotel projected to have a capacity of 300 rooms. Tierra Lorenzo will include a low-rise retail space, outdoor gardens and an amphitheater for a music venue that will spruce up the sprawling complex.

In addition to the luxurious amenities offered by Dusit Thani and dusitD2 Hotel, it also offers a private island as an amenity.

The Lubi Plantation Island is the newest addition to TLDC’s leisure portfolio. TLDC has transformed the former coconut plantation into luxurious villas patterned after Dusit in the Maldives with plunged pools and a private beach.

Another key location that is eyed for development by TLDC is San Fernando, Pampanga. Soon to rise is the 23-storey Tierra Lorenzo San Fernando. The multi-complex property will feature a condominium, hotel, sports club facilities and unique mixed-use buildings.

This newest addition to TLDC’s portfolio is near the city’s premier commercial and institutional establishments.

The existing projects outside of Metro Manila have contributed to the company’s 16-percent compound annual growth rate over the past five years, according to Rapadas.

And with new projects in the pipeline, Rapadas further waxed optimistic in the growth opportunities in each city they are working in. “TLDC is projecting a CAGR of 30 percent in the next five years,” he added.

He further said that TLDC would continue to trail-blaze in every city they have projects in.

“TLDC will continue to strengthen its premium university residence portfolio by expanding to key cities beyond NCR like Davao, while also managing growth of its leisure portfolio in Davao, Lipa, Batangas and Pampanga,” he added.

In the near future, Rapadas said he expected more investments to trickle in for TLDC’s expanding portfolio in Davao, Lipa, Batangas and Pampanga.