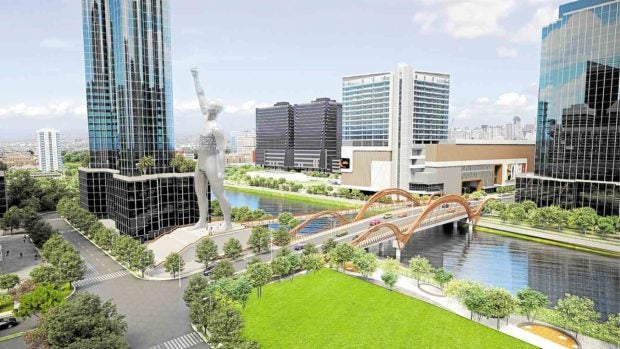 Many things are cooking east of the metro.

Robinsons Land Corp. unveiled the Bridgetowne Bridge, one of the major features of its first township development, Bridgetowne, located along C5. The 200-meter bridge runs across the Marikina River and connects two major cities: Pasig and Quezon City.

“The public can benefit from the additional infrastructure which will help alleviate traffic, especially for those coming from the east,” said RLC president Frederick Go. “This bridge should be a very welcome infrastructure for everyone to use.”

The bridge, which was funded by RLC and designed by Mañosa &amp; Co., has provisions for bike and pedestrian lanes.

“It’s very unique. It’s better than a normal vehicular bridge because of course we want people who live and work in this estate to take more eco-friendly transportation,” Go shared, adding that Bridgetowne is intended to be a pedestrian-friendly type of complex. 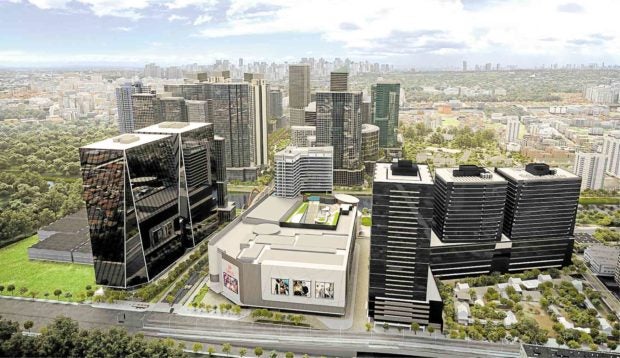 Another major feature to watch for at Bridgetowne is a monument called The Victor. The 60-meter perforated metal statue is by Filipino-American artist Jefre Manuel who has done several art installations globally. Upon completion, The Victor will be one of the country’s tallest art installations.

“Our hope is that this monument becomes like a lot of the monuments you see in the world, that it will have a similar kind of resonance with the rest of the world,” said Go. “We’re building a platform on The Victor so that people can walk up to it, much like in the movie ‘Rocky’ where he runs up a flight of stairs after training.”

“It’s inspired by our founder, John Gokongwei, who has been successful despite the challenging early part of his life. He emerged victorious by building a successful and huge conglomerate here in the Philippines,” shared Go. Manuel, meanwhile, explained that The Victor represents a person who unites two cities together.

“It’s a symbol of hope, a symbol of strength, a symbol of success. We wanted it to become really monumental that’s why it’s exactly 60 meters, almost like a 20-storey building,” said Go. “It’s quite iconic.”

It was Manuel who came up with the installation inspired by the book of St. Peter at the entrance of Robinsons Galleria South in San Pedro, Laguna.

“If you look at our San Pedro mall, at the entrance there’s a book that’s open and there are so many names on that book,” said Go. “The concept is that it’s the book of St. Peter. It is said that when you get to the Gates of Heaven after the end of your life, St. Peter will look at his book to see if your name is there and if it is, you can enter the Gates of Heaven. So a lot of people go there, look for their names, take a selfie. It’s clever. He (Manuel) is always thinking of ways to create Instagramable structures.”

Bridgetowne is divided into the west and east. Bridgetowne East is in Pasig, covering 22.56 ha that will host mostly residential developments. Bridgetowne West is in the Quezon City side and will be home to business process outsourcing (BPO) buildings, a world-class shopping mall and a five-star hotel.

Soon to rise in Bridgetowne East is Cirrus, a 40-storey residential condominium under Robinsons Communities.

“All these BPO workers need a place to stay, to live so Cirrus is being built with them in mind,” said Go. Cirrus is comprised of 1,500 studio units, 80 percent of which have been sold within a month after its launch.

Also in the pipeline is Velaris, RLC’s joint venture project with Hong Kong Land. The luxury residential high-rise will offer one-, two- and three-bedroom units and is designed to cater to the higher-end market. It will be one of three towers which will occupy 1.7 ha of land under the said venture.