The allure of the South

Nowadays, it is almost impossible to find unoccupied land in Metro Manila.

Due to the rising costs of real estate and terrible traffic in the metro, many people instead seek alternative places to live in.

Calabarzon, composed of Cavite, Laguna, Batangas, Rizal and Quezon, has become quite popular among those who still want to live near Manila. Offering tranquil environments right outside the central business districts, these five provinces have become in-demand destinations in their own right.

Let us take a look at the reasons why these Southern Tagalog areas spell a great future for Filipino families. 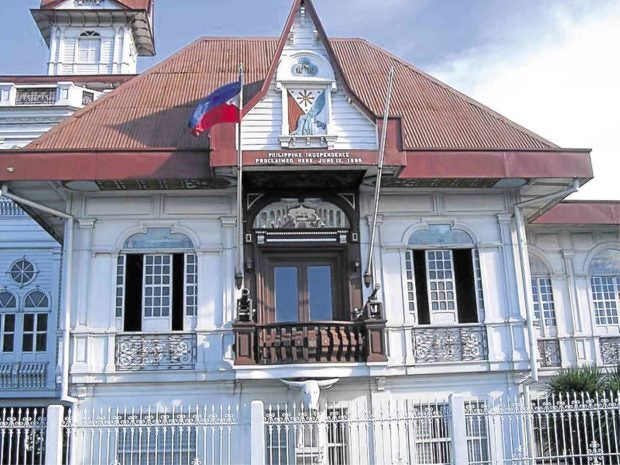 The Aguinaldo Shrine is just one of the many historic places you can visit in Cavite.

Dubbed as the “Historical Capital of the Philippines,” Cavite has become the new suburbs of Metro Manila. With various expressways such as Cavitex and Muntilupa-Cavite Expressway connecting the province to the National Capital Region, travel time to the metro can take less than an hour.

Despite its provincial flair, Cavite is quickly becoming urbanized. The area has 12 industrial parks, such as the First Cavite Industrial Estate and the Gateway Business Park. Work opportunities abound through the continuous rise of call centers, IT companies and other businesses. You can choose to live and work without ever having to leave Cavite.

Despite its rapid modernization, Cavite remains attractive to nature enthusiasts and history buffs. The area hosts some of the most important places in Philippine history such as Fort San Felipe, Aguinaldo Shrine, Tejeros Convention Site and Corregidor Island. Cavite is also home to natural wonders such as the Tagaytay Ridge, Macabag Cave and Mount Pico de Loro. The area further provides easy access to the beaches of Batangas as well for those wishing for a quick weekend getaway. 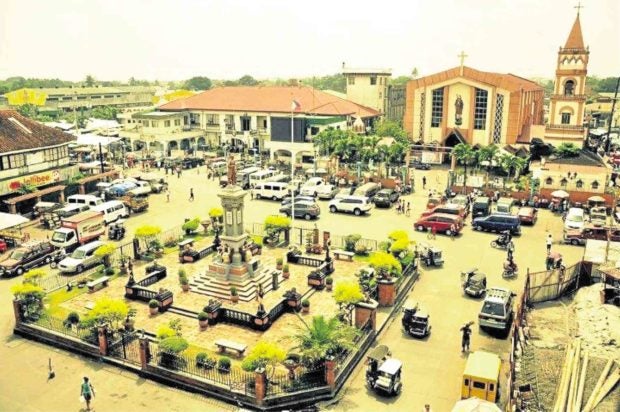 From a historical haven, we move on to a resort paradise. Laguna, one of the Philippines’ richest provinces, offers numerous work opportunities, tourist destinations and scenic residences.

What makes this province unique is that it offers a variety of land forms to live on. Laguna is adjacent to Laguna de Bay, the largest lake in the country. It is also home to 24 mountains, some concealing inactive volcanoes. This provides homes in the area with scenic views and nearby attractions.

Laguna is home to a variety of commercial and business districts. The Laguna Techno Park, Nuvali and Eton City in Sta. Rosa offer jobs for professionals who are tired of commuting to the metro. The area hosts premiere schools such as the University of the Philippines Los Baños campus, Xavier School Nuvali and De La Salle Canlubang. These allow both the careers of parents and education of children to thrive despite being away from the metro.

Batangas is known for its scenic beaches.

Famous for its beaches, Batangas is now gaining popularity as a great place to raise a family. Called the “Heartland of the Tagalog Language” by the Summer Institute of Linguistics, most people here speak the version of the Tagalog language that predates the Spanish period. Former Manileños will feel right at ease in this sunny province, with its warm people and historic past.

Like the rest of Calabarzon, Batangas is easily accessible via the STAR tollway, Calabarzon Expressway, or the SLEx. Average travel time is usually one and a half hours from Makati City.

The area of Batangas offers a balanced atmosphere of country living and industrial opportunities. The area is home to the Taal heritage town, Anilao beach, and Sombrero Island. Batangas also hosts the First Philippine Industrial Park (FPIP) in Tanauan, which accommodates several Japanese firms and thousands of employees. If you’re tired of city life but hesitant to go fully rural, Batangas is the perfect choice. 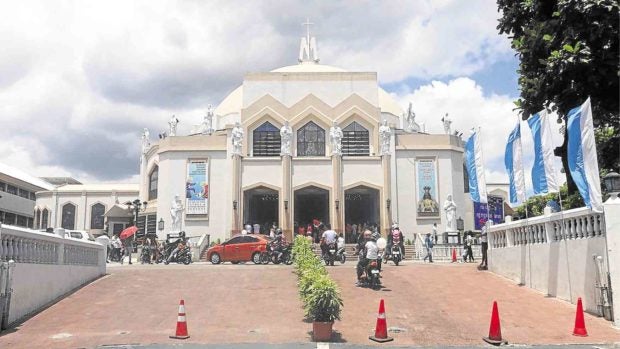 Our Lady of the Abandoned Church is one of the most famous attractions in Antipolo, Rizal.

Named after our country’s national hero, Rizal is a mountainous and breathtaking province. Its original capital, Pasig, has already been recast as a city part of Metro Manila.

Antipolo, Taytay and Cainta are the most progressive areas of Rizal, mostly due to their proximity to Metro Manila. The great thing about Rizal is that you don’t need to pay toll fees to go to Metro Manila. Employees can make the daily commute from these areas to central business districts such as Ortigas, Makati, Manila and Quezon City.

Besides convenience, however, Rizal offers a relaxing atmosphere and attractive scenery. It is home to rice fields, hiking trails, church ruins and even a waterfall. The area is perfect for those who want to live next to nature yet work in the city. 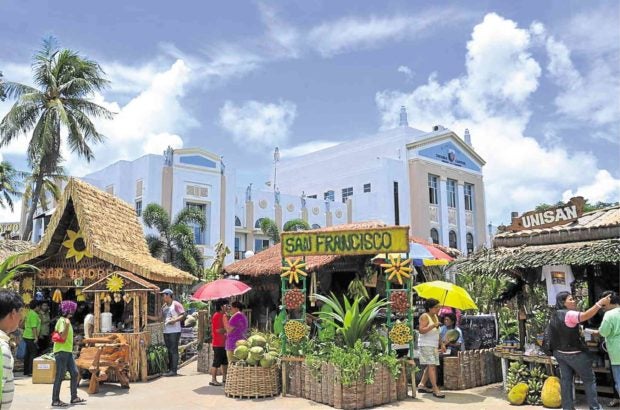 Quezon province is known for its delicious food such as the habhab noodles and lambanog wine.

Last on this list is the province that finds fame both in its tourist spots and food.

The province of Quezon is located two to three hours away from Manila. Its capital is Lucena, considered to be a second class highly urbanized city.

Despite its distance from the metro, Quezon province is considered an attractive home site due to its rising real estate scene. In particular, the Lucena-based Calmar Land Development Corp. (CLDC) has managed to build 24 projects or 500 hectares of land serving more than 21,000 families. The developer has extended to Laguna and Batangas, and it is amazing how they compete well with bigger companies.

Quezon is slowly but steadily becoming a progressive province because of the overseas Filipino workers who continue to patronize the area. Most of CLDC’s projects are driven by the mid-market segment, whose buyers are mostly by balikbayans and locals.

Overall, Calabarzon is a blooming region that offers tough competition to Metro Manila. Beyond its original role as the suburbs of the metro, the region is becoming progressive in its own right. If you want to rear your family in a healthy and green environment without giving up your life in the city, the provinces of Calabarzon might be your best bet. Consider living in the south and you just might never want to go back to the urban cities again.