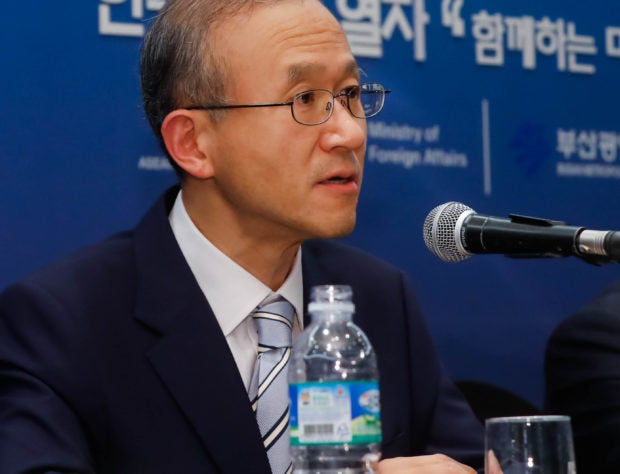 Lim made the announcement as Seoul reportedly reached a preliminary trade deal with Indonesia, a move consistent with the goals of Korea’s New Southern Policy which is aimed at strengthening its ties with Asean member states.

“I can’t comment on the details of the discussion but Indonesia, as far as I know, was almost completed. With the Philippines and Malaysia FTA, (discussions are) smooth sailing but we need to wait to see the results,” Lim said in a press briefing during the Asean-Korea Train Tour, an official side event for the Asean-Korea commemorative summit next month in this city.

Manila and Seoul have been negotiating to settle a bilateral free-trade deal in time for the summit from November 25 to 26.

That same month will also mark the 70th anniversary of the diplomatic relations between South Korea and the Philippines.

The Busan summit will also be an opportunity for Korean President Moon Jae-in to expound on his New Southern Policy, which is anchored on cooperation on People, Prosperity, and Peace, Lim said.

In the FTA talks, the Philippines has reportedly been pushing for the elimination of tariff on tropical fruits, as Korea slaps a 30-percent tariff on banana and mango imports from the Philippines.

The conclusion of the Philippines-Korea FTA will mark Manila’s second bilateral FTA following the one with Japan more than a decade ago. /gsg