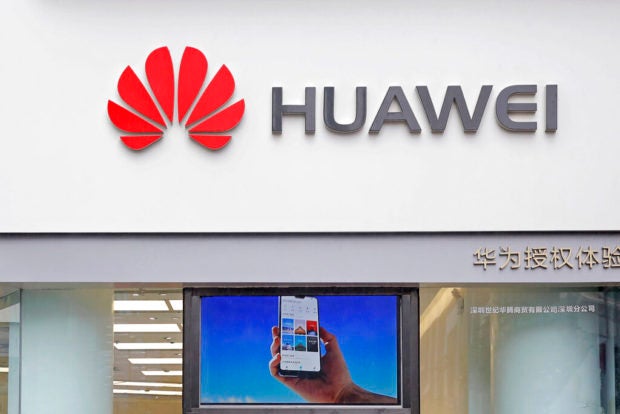 A logo of Huawei is displayed at a shop in Shenzhen, China’s Guangdong province. (AP)

BEIJING — Chinese tech giant Huawei on Wednesday reported a double-digit gain in sales despite U.S. sanctions that threaten to disrupt its smartphone and network equipment businesses.

The announcement followed U.S.-Chinese trade talks in Washington that ended Friday with no word of progress on resolving Huawei’s status.

The Trump administration, which accuses Huawei of being a security risk, imposed curbs in May on its access to U.S. technology and components including Google’s music, maps and other smartphone services.

Washington has delayed enforcement and suggested it might allow sales of some U.S. technology. But Huawei’s chairman, Liang Hua, warned in July it would “face difficulties” in the second half.

Huawei says it is removing U.S. components from its smartphones and network gear and has announced its own phone operating system to replace Google’s Android if necessary.

But no non-U.S. supplier can fully replace Google music, maps and other services. Industry analysts say that might threaten Huawei’s status as the No. 2 global smartphone brand behind Samsung by sales volume.

Huawei said smartphone shipments rose 26% in the first nine months of 2019 over a year earlier, to 185 million units.

U.S. security warnings focus on Huawei’s status as the biggest supplier of network gear that forms the heart of telecom networks. Huawei denies accusations it facilitates Chinese spying or might install “backdoors” in its equipment for eavesdropping.

Washington is lobbying European and other allies to ban Huawei from plans to upgrade networks to 5G. Germany, France and Ireland say they have no plans to ban any supplier.

A U.S. official on Tuesday warned that Washington would reconsider sharing intelligence with allies that use Huawei network equipment.