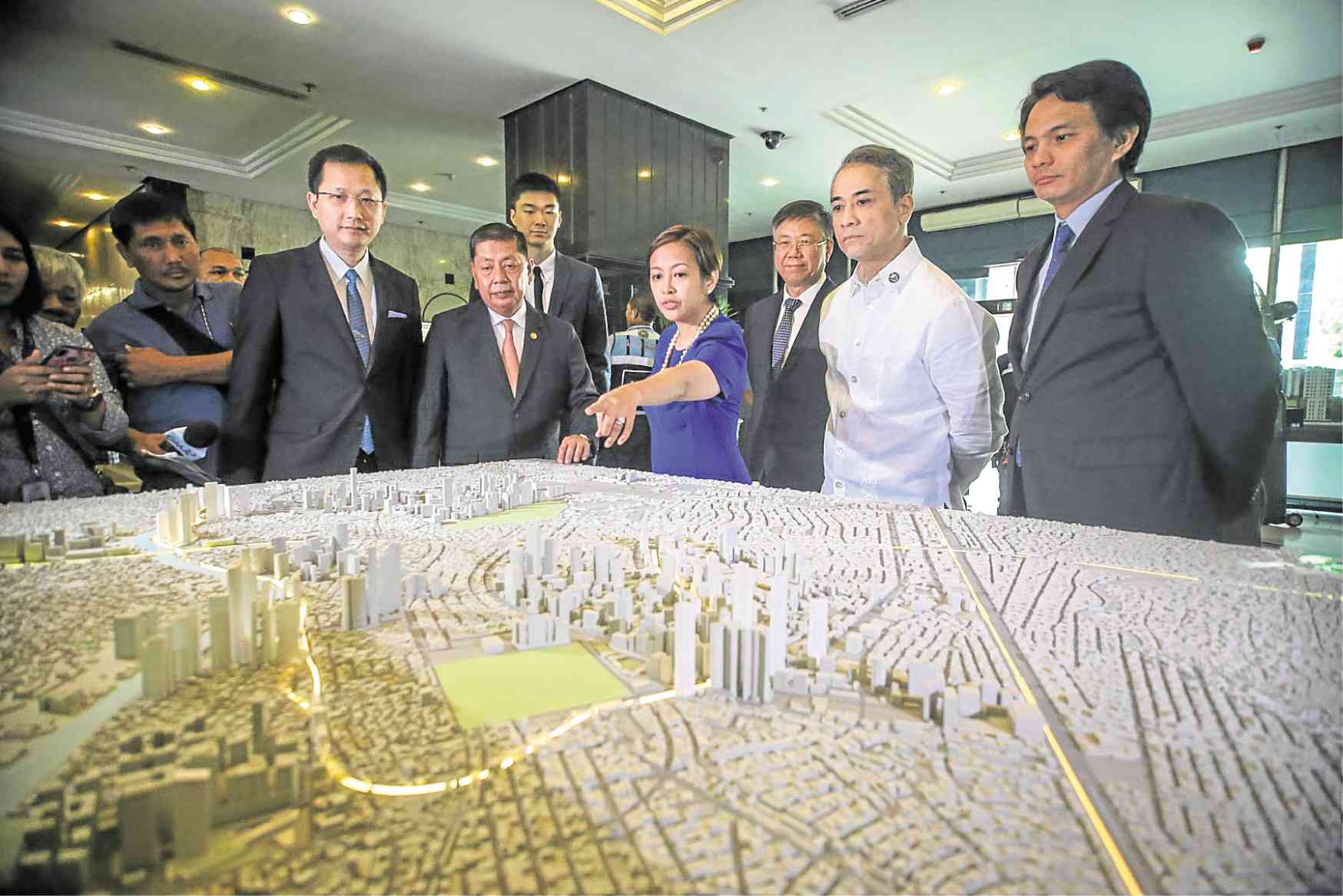 For the most part, Makati City—the country’s premier business district—is at par with other centers of commerce and finance around the world.

It has many skyscrapers offering of grade A office space to multinational corporations, an abundance of retail establishments to satisfy all kinds of shopping needs and a multitude of food establishments catering to the dining needs of its estimated daytime population of four million workers.

But it has one key flaw: the planners of the city that rose from what was once a marshland a century ago failed to lay down the infrastructure for a mass transit system that would support the daily commute of office employees into and out of what eventually became the country’s most coveted address.

Apart from a creaky and stoppage-prone light rail system on one side and an antiquated and decrepit train line on the other, Makati commuters have to rely completely on an increasingly congested road network served by buses, jeepneys and cars—thousands of cars—resulting in daily vehicular traffic gridlocks around several key intersections, especially during the morning and evening rush hours.

That is about to change.

If plans don’t miscarry, a partnership between the Makati City government under Mayor Abby Binay and a private sector consortium led by Philippine Infradev Holdings of businessman Antonio Tiu will break ground on what will be the country’s first subway project.

“The benefits of this project will be massive,” Binay said. “It will benefit all the residents of the city, and even those who live in other parts of Metro Manila, because it will make it easier to travel within Makati and into or out of it.”

She explained that the subway project—with an estimated project cost of $3.7 billion—would also dramatically reduce vehicular traffic within the central business district when it came online in 2025.

“With a modern subway like this, you can leave your car at home or at designated parking spaces and travel to your appointments within the city by train,” she said. “It will be faster, cheaper and more convenient.”

According to the plans revealed by the consortium, the subway system will connect key points in the city such as the current central business district along Ayala Avenue, the Makati City Hall, the Poblacion heritage site, the University of Makati, Ospital ng Makati and the other new business districts within the city.

Its J-shaped 10-kilometer route will begin under the present site of the Makati Central Fire Station near the intersection of Ayala and Gil Puyat Avenues, and will end at the University of Makati at the border of Bonifacio Global City in Taguig. The original proposal called for a U-shaped route that would have started under the former Hotel Intercontinental at the corner of Ayala Avenue and Edsa, but no agreement could be reached by the project proponents with Ayala Corp. which owned the bulk of the properties along the country’s most expensive business address.

“In any case, we can add that later on if they change their minds,” Tiu said. “For now, the project that we have will be very beneficial, viable and profitable for all the stakeholders.” 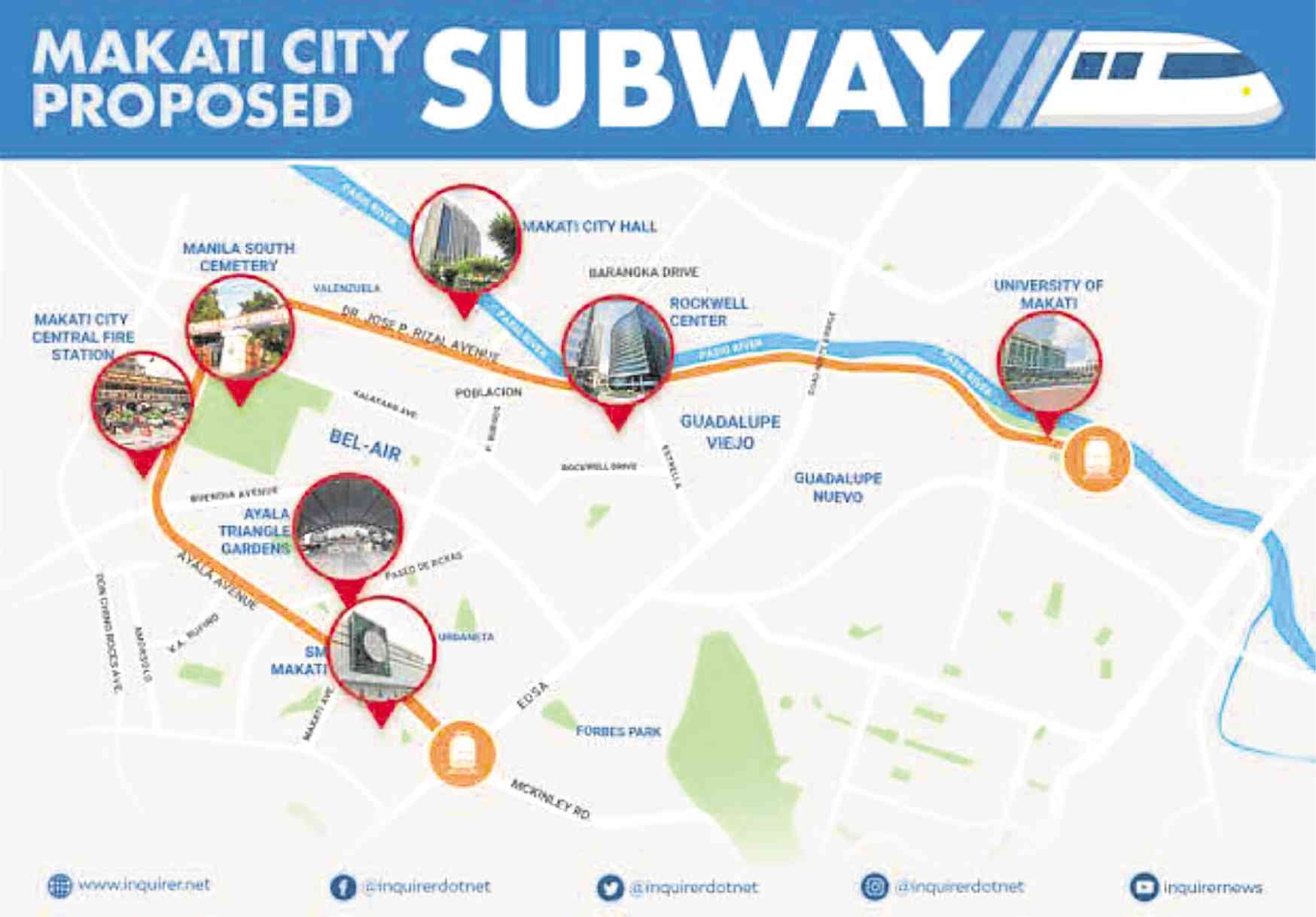 It will complement other mass transport systems, such as the Metro Rail Transit 3 on Edsa, the Pasig River Ferry System and the proposed Metro Manila Mega Subway.

Philippine Infradev said it planned to extend the subway out of Makati, possibly to the neighboring cities of Pasay, Pasig, San Juan, Mandaluyong or Manila.

Apart from the revenue share, the subway system is seen to improve the flood system of the participating city, given that good pumping and drainage system will be installed underground.

“At the same time, this project will also create thousands of jobs during the construction phase, as well as during the operation phase,” Tiu said, explaining that, apart from the subway’s operations, the 10 subway stations will also create a mini retail boom through the retail stores and dining establishments that will locate in the air-conditioned premises.

“It will be similar to what you can find in Hong Kong, Singapore or Tokyo,” he said.

Already, Mayor Binay is looking way beyond the subway’s completion in 2025.

“Yes, this will make this great city even greater,” she said. “But more importantly, it will also be our legacy to future generations: the country’s first subway system.”