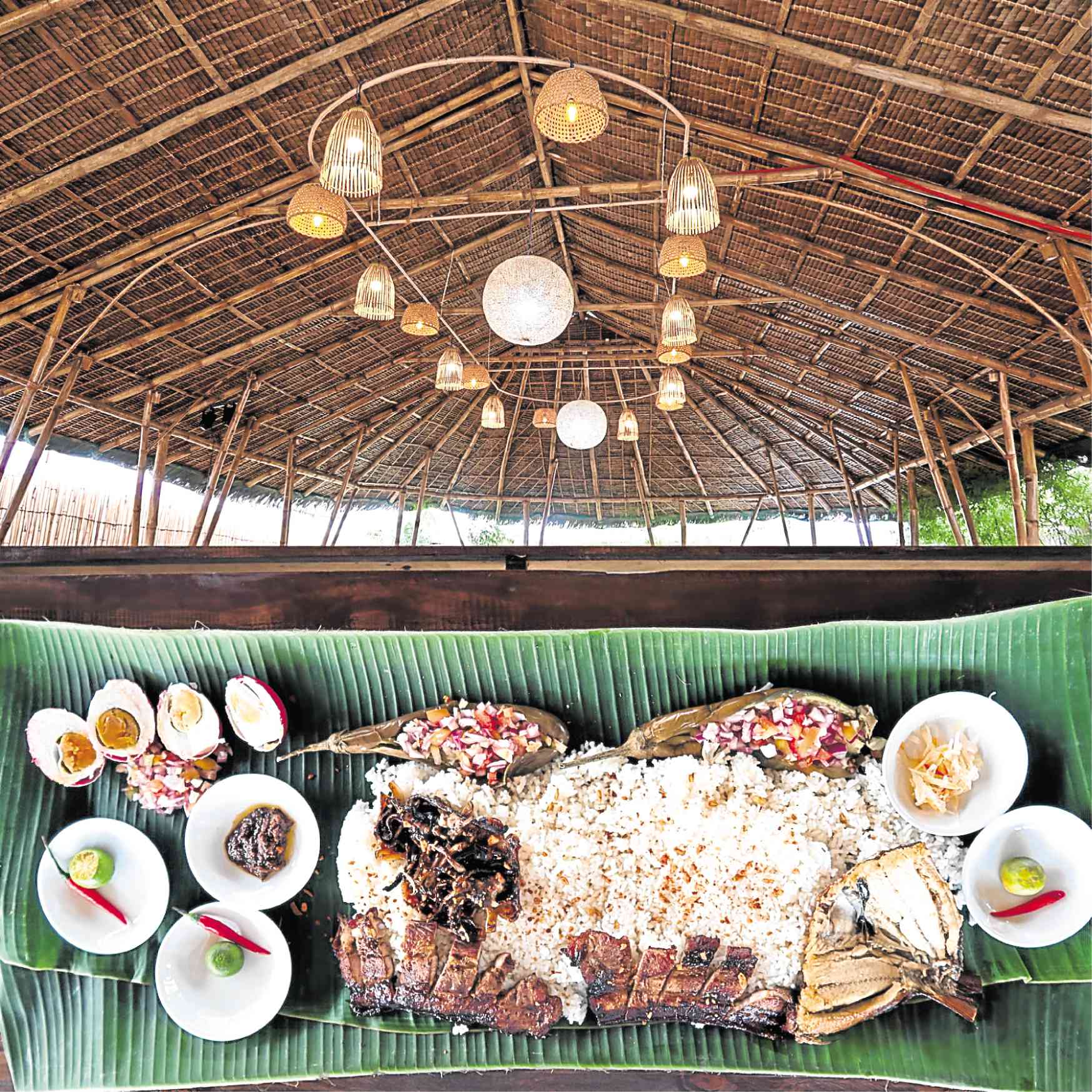 In the heart of Navotas is an unexpectedly beautifully designed bamboo restaurant called Pia’s.

But while the food is familiar, husband and wife owners Christopher “Peng” and Nerissa “Nerisse” Domingo have made the place extra-special. It’s a place where you really feel their TLC for the business, for the customers, for the food.

That is because their success story was not without struggles. Yet they have been blessed with the grace to forge on, not with bitterness or frustration but with humility and gratitude in their hearts.

After three years, the challenges of having to manage the businesses between Navotas and Manila made Nerisse decide to quit her day job as a stenographer of the Navotas Sangguniang Bayan and private secretary of Navotas Mayor Toby Tiangco (then Vice Mayor).

But due to the distances of the branches, they encountered logistical challenges and pilferage became a problem.

Soon, they were unable to meet rent and even found themselves in debt. They had to sell their van and Nerisse even had to sell her jewelry to make ends meet.

Nerisse remembers, holding back tears, how at one point she did not even have enough to  buy a birthday cake for her daughter; how they survived that birthday when Pia’s friends brought Red Ribbon mamon and they just put a candle on it. It was a very painful memory for her.

To stop getting into even more debt, they gave up the lechon manok business and switched to catering and managing a canteen in Navotas in 2009, although maintaining the same business name. At this point, they had no idea how they would rise again.

But with the support of Nerisse’s parents and Pastor Zoilo and Espie Gacutan from Christ Builder’s Ministries, they were slowly able to rise out of debt and rebuild their business.

In 2016, they had enough funds to open a full blown restaurant. This time they decided to specialize in the boodle concept.

A boodle fight is a military style of eating where a long table covered with banana leaves is filled with viands and rice from which guests eat sans plates using their bare hands.

At Pia’s, however, you have the option to use utensils. The food is also stylized so it looks like a beautiful grazing table instead.

The concept actually promotes the Filipino culture of eating together and their menu reflects this. They have options for two to four persons called Sabay Sabay; for four-six persons called Sama Sama; and for five to seven persons called Salo-Salo. They also have a Sari-Sari menu that includes alimasag (fresh crab).

The restaurant having the advantage of being located in Navotas, where the fish port is, Nerisse takes pride in offering fresh seafood. Even their bagoong uses fresh alamang (tiny shrimp or krill).

With the success of the restaurant, they have now also opened the adjoining Pia’s Events Space that, although austere in design, is quite the architectural sight to behold. The structure is made of pure bamboo and I note with amazement that no nails were used at all.

It was inspired by the resorts in Bali, designed by Nerisse’s brother who is a LEED (Leadership in Energy and Environmental Design) architect and executed by a carpenter who specializes in bamboo.

Today, the events space is fully functional, fitting 120 pax, and is often used for corporate events, birthdays and weddings.

Last year, Peng and Nerisse’s daughter Pia no longer had to wonder whether or not she would have a cake for her birthday. With the blessings pouring in, they were able to celebrate her birthday in Singapore.

This hardworking couple, now reaping the fruits of their hard work, continue to be inspired by their daughters (they have two more children, Ian and Sachie). They continue, too, to be blessed, undoubtedly because throughout their hardships they did not waver. Instead, they strengthened their faith and never forgot to attribute their blessings to the Lord.