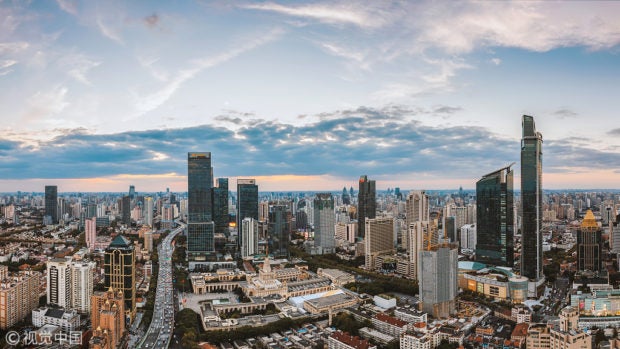 Photo taken on Jan 1, 2018 shows the CBD of Shanghai. [Photo/VCG] via China Daily

GENEVA — China is by far the best performer among the five BRICS economies in terms of competitiveness, said the World Economic Forum (WEF) Wednesday in the latest annual report assessing the productivity and long-term growth of 141 economies.

China’s position in the ranking was unchanged from last year, but its overall score increased by 1.3 points, the report showed.

The report measured an economy’s performance through 103 indicators in 12 “pillars,” showing that China has obvious strengths in various areas such as the sheer size of its market, macroeconomic stability, the Information Communication and Technology (ICT) adoption, and increasing innovation capability.

In the ICT Adoption, China outperformed 25 of the 36 member countries of the Organization for Economic Co-operation and Development (OECD). As to the healthy life expectancy, China scores better than the United States and slightly under the OECD average.

With a score of 84.8, Singapore took the crown of the world’s most competitive economy this year from the United States.

The IMF lowered the US competitiveness to the second place partly due to the country’s trade uncertainty, as its trade openness is more than four points lower than that in 2018, according to the report.

China’s Hong Kong Special Administrative Region, the Netherlands and Switzerland are among the top five, followed by Japan, Germany, Sweden, the United Kingdom and Denmark, the report showed.