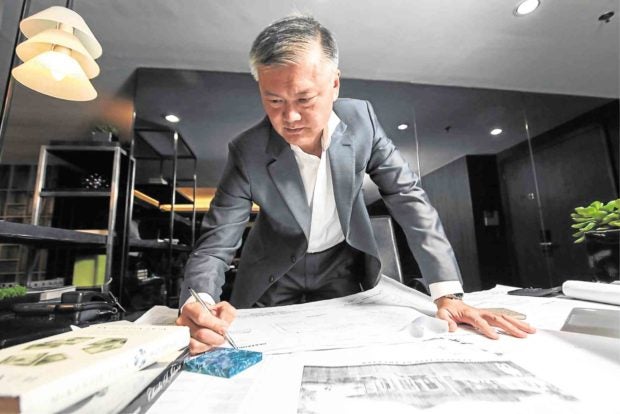 Jeffrey Ng is exactly right where he wants to be.

The real estate firm he leads, Cathay Land Inc., is touted as one of the country’s fastest growing developers with an enviable landbank located in a flourishing premium city south of Metro Manila. Cathay Land’s 1,500-hectare expanse of a landbank spanning key areas in Sta. Rosa, Laguna and Silang, Cavite is said to hold one of the highest potentials over the next decade, thus offering investors and homebuyers lucrative returns for their investment.

Portions of that landbank now house some of the most premium residential developments in this part of the region, a world-class golf course, and Acienda Designer Outlet, the Philippines’ first outlet mall, providing the residents and guests a refined taste and lifestyle. Soon, more residences, commercial establishments, and even schools will be built within the integrated communities and townships that Ng has fittingly envisioned since he first dabbled in the real estate industry.

“I am right where I want to be. I wouldn’t want to be anywhere else. Our landbank has the highest potential in the next 10 to 20 years, and as I’ve mentioned, the infrastructure that would have been started now, would be finished within the next five years and we are ready to take advantage of that situation. We will be rolling out more subdivisions, offices, residential condominiums, industrial estates and commercial developments. We want to put up more schools, even universities,” Ng said in an interview with Inquirer Property. 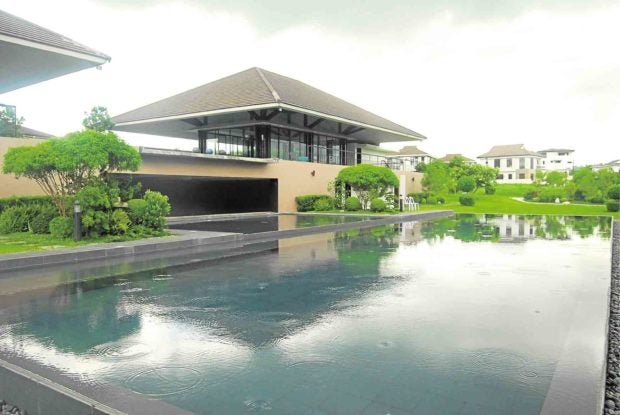 Cathay Land has long been present in the South, creating new integrated and themed communities and townships that offer a refined lifestyle.

His aggressiveness and bullishness aren’t surprising to hear, coming from a man who can be aptly called a visionary in his own right.

Cliche as it may sound, Ng’s foresight, passion and meticulous planning allowed him to acquire parcels of land that were virtually grasslands 25 years ago, but are now beehives of activity that can easily command a premium in the property market.

Ng recalled that even back when he was in high school, he already had an interest to go into real estate. While the idea was not forced on him, it was strongly encouraged by Ng’s father who gave him the “initial idea to venture in a big bold way in real estate” and provided the seed capital for him to invest in an initial 300 ha of land 25 years ago.

“My father had a steel factory while I was growing up. In 1992, with the rise of China, I felt that the prospects of steel manufacturing would not be that great so I thought I would trace a new path through land development like putting up new townships and cities that are different from what is available in the market and what is being offered by other developers. So we had find our own niche, differentiate ourselves and find unique selling propositions,” Ng explained.

One can only commend the visionary in Ng, who clearly showed fortitude and guts when he opted to build his landbank within these vast tracts of land that were grasslands, undeveloped, impassable, with no easy and clear access to major thoroughfares. The chosen location was virtually an unchartered territory. And at that time, it would have seemed a gamble for many, but Ng only saw a gleaming opportunity when he decided to bet big on the area. 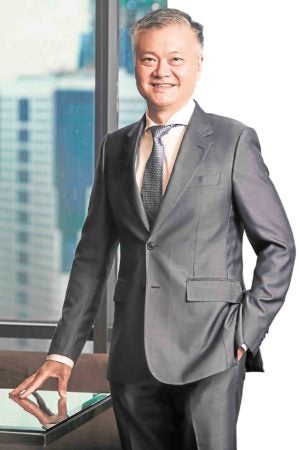 “We didn’t have a big landbank in Metro Manila and I wanted to start from scratch, catering to the middle and upper income families. Land was relatively cheap then in these areas and we thought we could buy up more and gradually develop each (parcel) phase by phase,” he said.

“Even before, we wanted to put up a city from scratch and we felt that the Sta. Rosa and Silang area will be best because of its relatively flat terrain, year-long cool weather because it’s near Tagaytay and fresh air. We started with South Forbes Golf City with only 250 ha and since then, we’ve put up different themed boutique communities —you have Mediterranean Villas, French Chateaux de Paris, Art Deco Miami, Bali Mansions, Tokyo Mansions, Phuket Mansions, The Racha Mansions, and Nirwana Bali… We have also put up an 18-hole golf course called South Forbes Golf Club,” Ng further explained.

Today, Cathay Land is in the thick of completing the developments within its 1,500-ha sprawl.

Not even the Asian financial crisis in the late ’90s, nor the mortgage crisis in the United States in 2008 deterred the company from achieving its goal of creating new integrated communities and townships, cementing itself as the true prime mover in this part of the South.

“I owe it to meticulous planning… and a step-by-step method of differentiating ourselves. At that time when we started South Forbes, (land was priced only) around P6,000 per sqm and golf memberships run up to several millions. What we offered then was a lot that comes with free golf membership. We did quite well. One subdivision came after another, and of course, with success, we had the money and capital to further our landbanking,” Ng explained.

Ng also credited his father for the lessons he imparted, which helped enable Cathay Land to weather any storm. Such lessons came in handy during trying times such as the Asian financial crisis and the mortgage crisis in the United States in 2008. 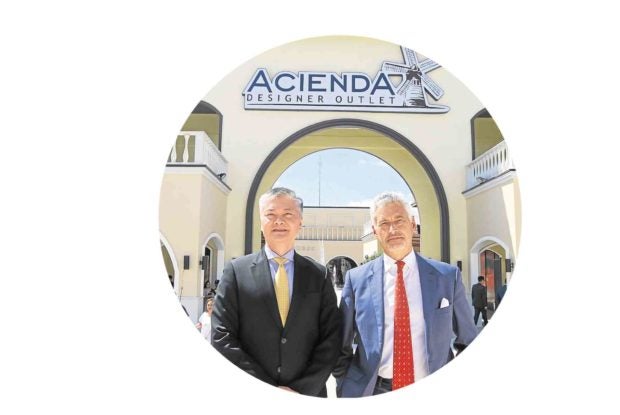 “He has a few (guiding principles) like, you have to think big, plan, hope for the best, but also expect the worst. In other words, we have to have contingency plans. We cannot be blindly ambitious way beyond our financial means, so it’s more of meticulous and careful planning,” Ng explained. “(During the Asian crisis), we didn’t have any dollar exposure. My father taught me to be conservative financially so we were never really that leveraged. I think, as long as you have a good product and a fast-rising location, people will still buy from you regardless of market conditions. We just have to manage our business conservatively—financially, so we could weather these temporary storms.”

Currently, Cathay Land has become more aggressive in its expansion, concentrating in the Sta. Rosa and Silang areas.

Beyond the villages within the South Forbes Golf City and the Acienda Designer Outlet, the company has already put up Scandia Suites, Stanford Suites, and Golf View Terraces. It is building Stanford Suites 3 and Fullerton Suites, among others.

According to Ng, their aggressiveness stems from a bullish outlook on the back of the government’s aggressive “Build, Build, Build” infrastructure initiative and decentralization thrust, as well as the sustained economic growth of Cavite.

“I think in the next few years, things will be quite upbeat. With all these infrastructure projects expected to be completed in three to five years, you’re going to see areas in the south being virtually part of Metro Manila already. I’m more positive than ever that this is the best time and the best place to develop. We plan to develop and increase our landbank in more cities in this area over the next five to 20 years that’s why we’re more confident than ever,” Ng said.

While much has yet to be done and accomplished, Ng admits he already feels a certain sense of fulfillment from what he does as a property developer.

“It’s living a life of significance. It’s fulfilling and meaningful when you have these whole tracts of raw land that nobody wanted 25 years ago. Now, once we have started developing it, people can clearly see the potential, the value. It’s time to unlock the value of the land. I can see the residents who are living there, working and studying there, and going to church there happily. I can see that their quality of life is much better,” Ng shared. 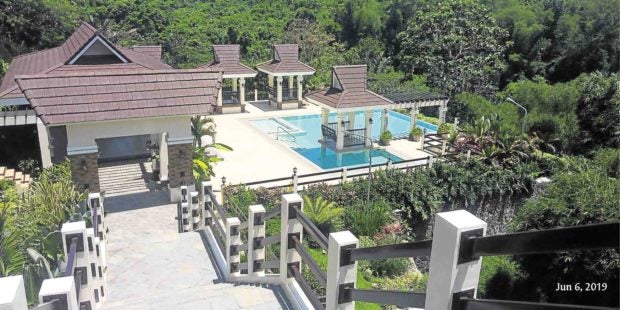 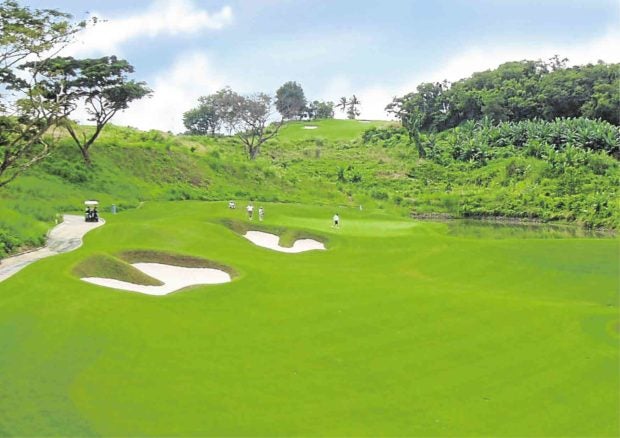 Within Sta. Rosa, Laguna and Silang, Cavite are some of the most premium residential developments in this part of the region as well as a world-class golf course by Cathay Land.

The Cathay Land head doesn’t even consider property development as work as this was something he was passionate about, something he finds fulfilling, and which he enjoys doing. He finds it fun and inspiring to see his ideas come to fruition, keeping him on his toes and pushing him further to think of new projects, increase their landbank and roll out more developments. At the end of it all, property development gives him a different kind of fulfillment that transcends the need to keep that bottomline.

“I wanted to do something worthwhile and this is something of significance that I could leave as the legacy of my grandfather, father and mine as well, to the Philippines, which has been very good to us… Perhaps, in my personal capacity, in my own small way, having all these integrated small cities is my contribution to nation building,” Ng concluded.