MANILA, PHILIPPINES—Unity amidst diversity filled the air as the Filipino-Chinese community proudly celebrated their heritage where we witnessed a showcase of beauty, purpose and advocacy through this year’s Mr. and Ms. Chinatown 2019.  With the theme “Building Bridges,” Mr. and Ms. Chinatown aims to bridge the gap between two cultures and celebrate the Chinese heritage and Filipino tradition.

Asia United Bank took part in this year’s Mr. and Ms. Chinatown as one of the major sponsors, sharing the same heritage and culture which helped the institution transcend its legacy throughout the years. This year, Asia United Bank has been given the privilege of recognizing advocates of financial literacy and awareness with the first ever Mr. and Ms. Asia United Bank Award. This distinction was given to candidates who ardently promote the importance of understanding and increasing awareness in this endeavor.

Exuding a commitment to this advocacy remains aligned with Asia United Bank’s legacy of building a solid foundation anchored on its commitment of providing a better future for its people and its esteemed clients. 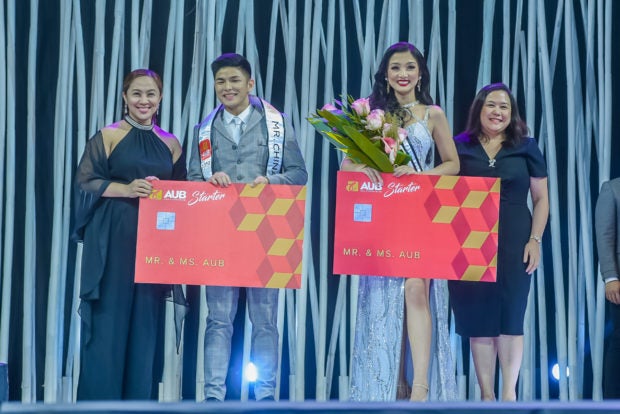 Senior Vice President and AUB’s Branch Banking Group Head, Mr. Jacob Ng was one of the distinguished panel of judges, celebrating this momentous event with the Filipino-Chinese community on behalf of Asia United Bank. During the question and answer portion of the event, Jeremiah picked Mr. Ng and profoundly answered the question, “Which Chinese proverb or motto do you believe in which you think will lead you to a successful life?”

Asia United Bank firmly believes that through financial knowledge and the transcendence of personalized service, anyone can achieve the future they aspire and success becomes inevitable.

Behind the prestige and glamour, the candidates’ advocacies toward building bridges ultimately made the evening a night to remember.