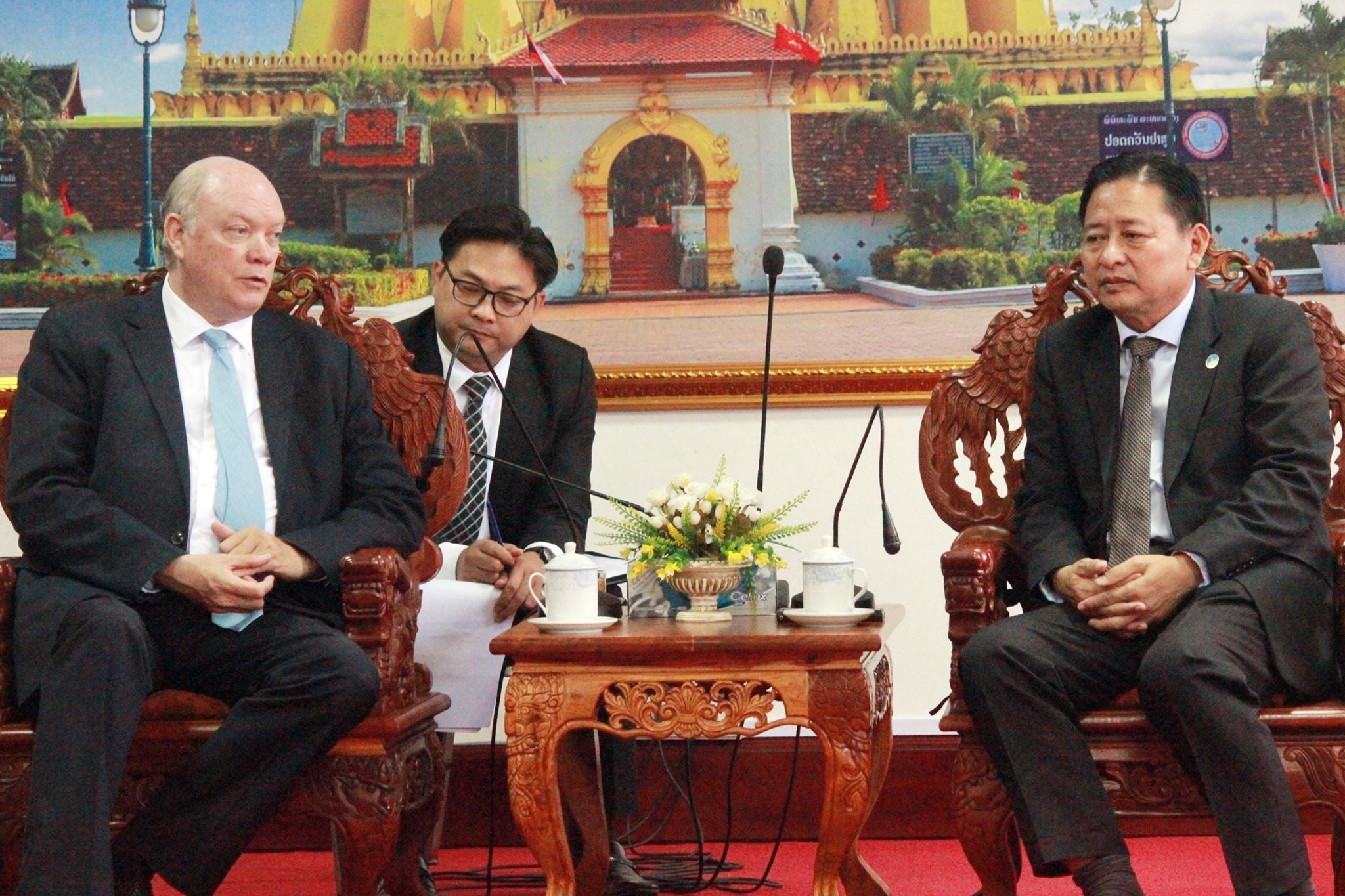 The Cuban delegation was led by the Minister of Foreign Trade and Foreign Investment, Mr Rodrigo Malmierca Diaz, and included several officials.

The main purpose of the visit was to strengthen cooperation between the two governments and enhance collaboration in trade following previous visits of high-ranking officials from the two sides, during which Laos and Cuba agreed to promote bilateral economic relations.

As part of the agenda of the visiting delegation, Mr Diaz also led team in talks with Lao trade officials.

During a friendly discussion between the two sides, Mr Diaz told the Lao deputy minister that his visit was part of efforts to strengthen bilateral relations that were recently enhanced by the high-ranking officials of Laos and Cuba over the past few years.

“We are here in Laos to seek cooperation ties with the line ministries of the Lao PDR, to exchange information and to create opportunities for business and investment in both countries,” he said.

Mr Diaz lauded the long-standing relations between the two countries and expressed his determination to boost bilateral economic cooperation, especially for trade in agricultural products.

“We’d also like to invite Lao trade officials and Lao business representatives to join this year’s trade fair to be held in Cuba and an official invitation will be made soon. This will enable us to seek ways to further strengthen our cooperation in future,” he said.

The Lao participants can take this opportunity to learn about markets in Cuba, Mr Diaz added.

Mr Somchit, who was temporarily given responsibility as the Acting Minister, said the Lao side is keen to take part in this event and the Lao delegation may include ministry leaders and businesspeople.

Before making the courtesy visit to the Ministry of Industry and Commerce, the Cuban delegation visited the Lao Deputy Prime Minister, Mr Somdy Duangdy, at the Prime Minister’s Office and met representatives of the Lao National Chamber of Commerce and Industry (LNCCI).

A number of Lao businessmen exchanged information and shared experiences with the Cuban delegates about doing business in Laos.

Cuba established diplomatic relations with Laos on November 4, 1974, and the Embassy of Cuba is located in Vientiane. Since then, the senior leaders of Laos and Cuba have made official visits.

Socio-economic cooperation between the two countries is not as extensive as it might be because there are many difficult circumstances and limitations on both sides.

The Cuban government has provided technical assistance to Laos in education, sports and banking in recent years.