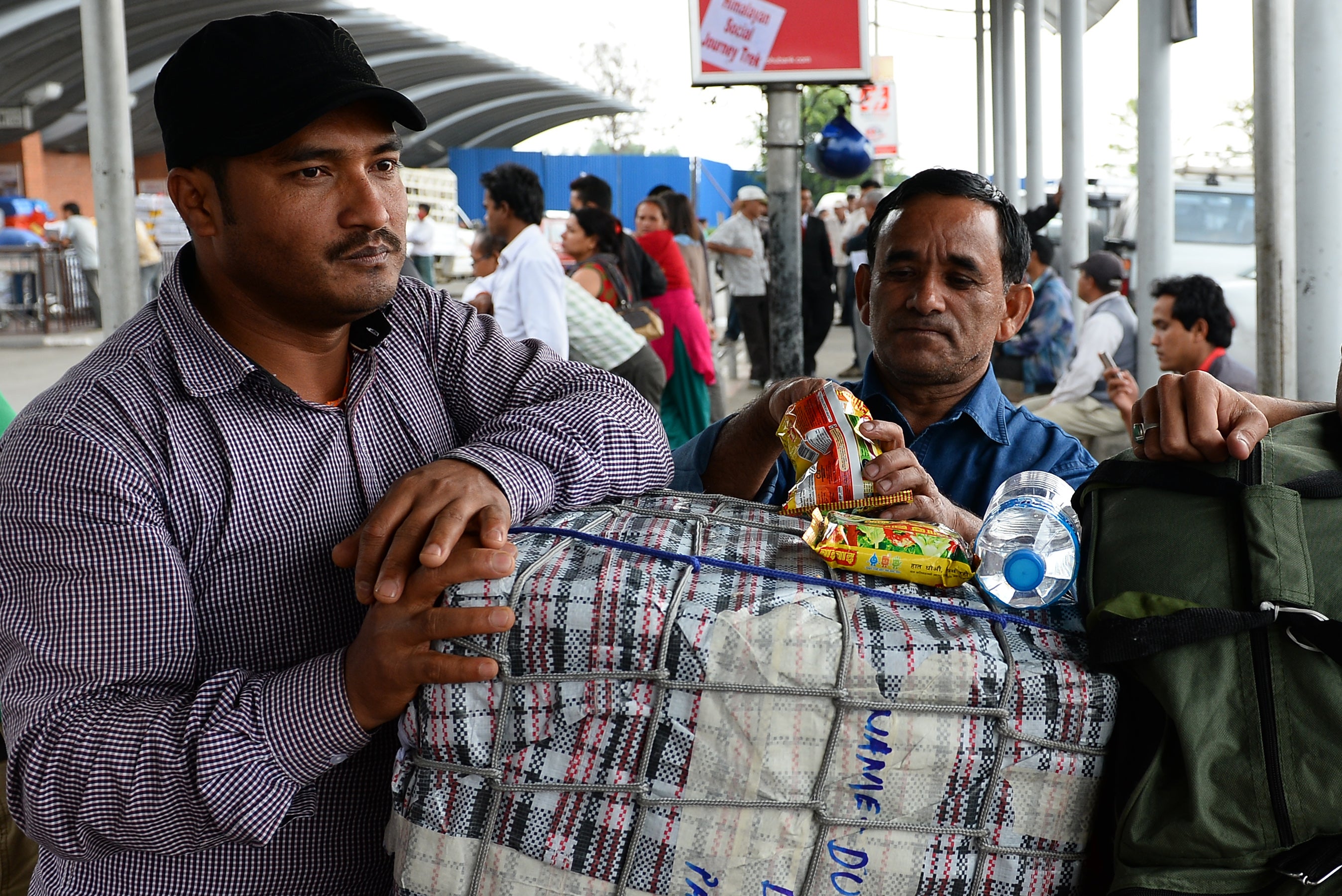 In this photograph taken on May 9, 2015, Nepalese migrant workers stand with their luggage at Tribhuvan International Airport in Kathmandu, after returning from The United Arab Emirates. AFP FILE PHOTO

KATHMANDU — Nepali migrant workers’ remittances swelled by 16.5 percent to Rs879.27 billion ($7 billion) in the last fiscal year despite the decline in the number of outbound workers. In 2017-18, the annual rise in the remittance inflow stood at 8.6 percent.

According to the latest macroeconomic report released by Nepal Rastra Bank, the country’s central monetary authority, the money sent back by Nepali migrant workers in different countries totalled Rs879.27 billion during the period mid-July 2018 to mid-July 2019.

Despite double-digit growth in remittance inflows, the country, however, struggles to manage the foreign currency reserve due to the swelling trade deficit. During the review period, the country’s total trade deficit widened 13.5 percent to Rs.1321.43 billion.

According to Nepal Rastra Bank statistics, the country’s foreign currency reserves as of mid July this year stood at $9.50 billion, down from $10.08 billion in mid-July 2018. The share of the Indian currency in total reserves stood at 23.6 percent.

The widening trade gap has also hit the country’s balance of payments. Balance of Payments remained at a deficit of Rs.67.40 billion in the review year compared to a surplus of Rs960 million in the previous year.