Nepal is in the midst of hotel building spree. But will the tourists come? 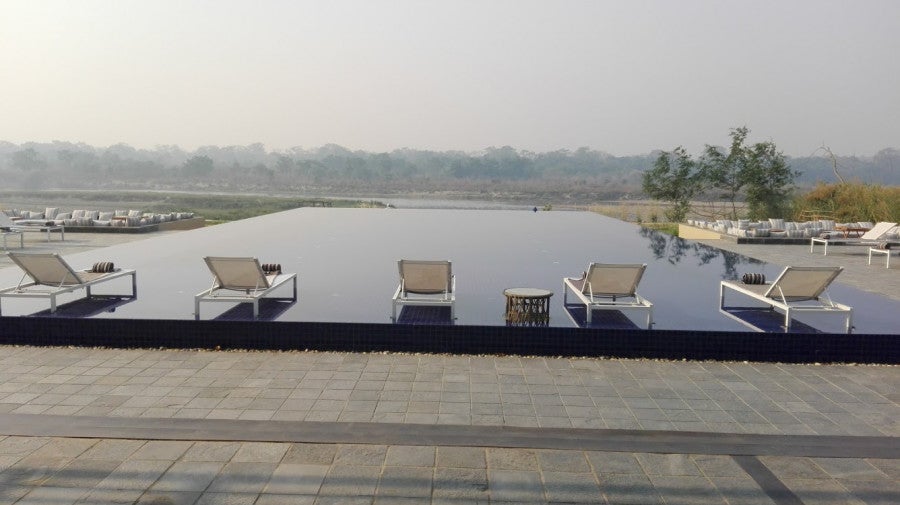 Hotels with more than 100 beds are required to complete an environmental impact assessment while others have to carry out an initial environmental examination before beginning construction. Sangam Prasain /TKP

KATHMANDU — Nepal’s hotel industry is once again on a building spree. At least a dozen five-star hotels are under construction across the country, fueled by optimism that the Visit Nepal 2020 will draw two million tourists and that growth will continue in the years ahead.

According to industry insiders, more than Rs45 billion (P20.2 billion) has been injected into the hospitality industry.

Despite high-interest rates, developers are investing in high-end hotels, most of which are planned for Bhairahawa, the city that will soon receive the country’s second international airport.

This year, the Tourism Department awarded a five-star rating to four hotels—Soaltee Westend Premier and Hotel Central Plaza in Nepalgunj, and Aloft and Marriott Hotel in Kathmandu, bringing the total number of hotels in the five-star category to 15.

In 2017, the Tourism Department awarded a five-star rating to the Tiger Palace Resort in Bhairahawa. The 100-room property, which is the first integrated five-star casino resort in South Asia, was developed by Australian-listed Silver Heritage Group.

The Department of Tourism that permits for the developers to prepare an environmental impact assessment report said at least five proposed five-star hotels have completed the construction of the building after completing the assessment. Five are in the process to receive approval for the evaluation, while a few are in the design phase, it said.

Hotels with more than 100 beds are required to complete an environmental impact assessment while others have to carry out an initial environmental examination before beginning construction.

This compulsory requirement ensures that assessments are carried out as per environmental laws and standards and that they are generally conducted during the feasibility study for the project.

The government has allowed hotels and resorts to import furniture, carpet, kitchen equipment and other industry-specific items during the construction and operation phase by paying a minimum five percent customs duty.

“Investors are pouring in their money. There is a heavy investment in the industry, but there is a risk as well,” said Narayan Bhattarai, an officer at the department. “Investors are optimistic that the country will attract two million tourists in 2020 or after that, but what will happen if they do not come?”

The building spree has spread concern among existing hoteliers who not only fear that the new entrants will eat into their markets but also create unhealthy competition. The return of reputed chain hotels in Nepal is also a concern for the old players.

Hotelier Yogendra Sakya said that investments in the hospitality industry were good, but excess capacity would ignite a price war and comprise their quality. “We cannot undermine the newcomers because, I think, they have done a proper assessment before entering the market. But, I see it as a calculated risk. The new investors should not see the hospitality industry as all glamour and prestige.”

To build a hotel, it costs millions of rupees, and banks finance most of them, he said. “If new hotels suffer, it will ultimately affect banks and the financial sector. There are many instances from the past of how reputed hotels went bankrupt on low demand,” said Sakya.

In 2017, the Hotel Association Nepal had issued a ‘white paper’ urging the government to rein in the overheated hotel sector. The apex body of the country’s hotel industry has asked the government to assess the demand and supply of hotel rooms and raise the criteria for hotel expansion.

“We should be careful as these new hotels could create additional rooms rather than competing over prices and replacing good old hotels,” the white paper had stated. “If these hotels go out of business, banks which have invested heavily in the sector will have problems, and it will eventually hurt the economy.”

Similarly, the Pawan Palace, promoted by Pawan Peda, a popular sweet item of Bhairahawa and Hotel Garima in Ithari, developed by Gorkha Department Store, has completed an environmental impact assessment. In Kathmandu, construction of Sheraton Kathmandu Hotel, the DoubleTree by Hilton, City Hotel and CG Hotels are ongoing.

Likewise, the environmental impact assessment application of four proposed five-star hotels in Nagarkot, Budhanilkantha, Biratnagar and Bhairahawa is in the evaluation process, the department said. Siddhartha International has also applied for the environmental impact assessment to construct a hotel in Bhairahawa while businessman Moti Lal Dugar is constructing Hotel Centurion in Biratnagar.

After Soaltee Westend Premier in Nepalgunj, Soaltee hotel is constructing another hotel in Pokhara which is in the drawing phase, the department said.