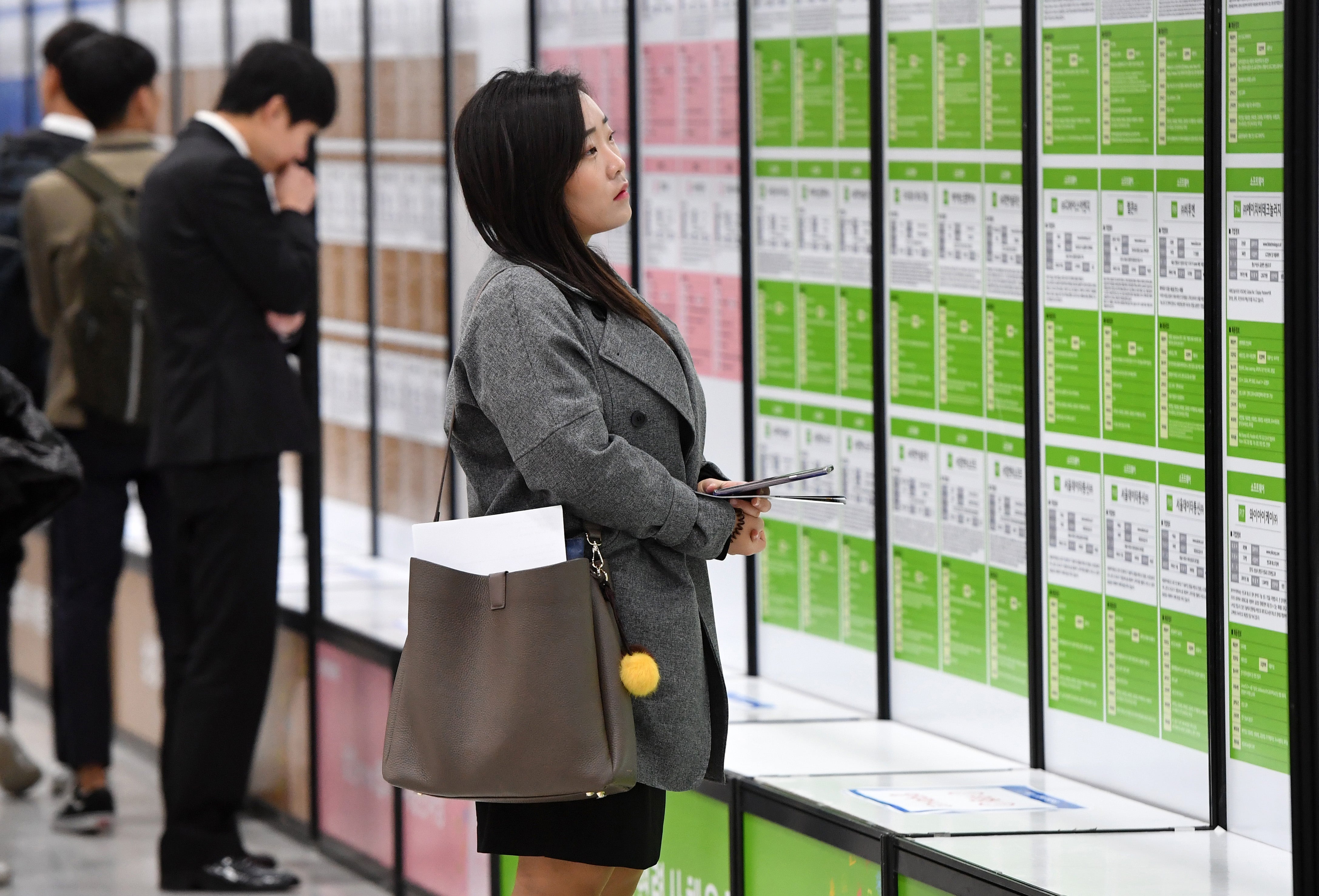 This picture taken on November 12, 2018 shows job seekers looking at notices while searching for employment during a jobs fair in Seoul.  AFP

SEOUL — Despite the South Korea government’s efforts to create more jobs by mandating companies to cut their employees’ maximum weekly work hours to 52 hours, it has not contributed to creating more jobs, a report claimed Sunday.

According to a survey by corporate research firm CEO Score, those who adopted the 52-hour workweek rule last year saw their annual hiring increase by up to 1.8 percent compared to a year earlier. But the growth was almost the same as the time when the policy was not implemented –- and smaller than those who are not subject to the policy.

While the government has been seeking to boost productivity since applying the policy to companies with 300 or more employees last July, the survey appears to counter the expectations that it would lead to a significant increase in employment.

“Under the slogan of creating more jobs and better a workplace, the government has been pushing the 52-hour workweek policy. But it appears that there was little effect at least regarding job creation,” CEO Score said in a report after surveying 181 companies here.

The Moon Jae-in administration had asserted that if the number of maximum working hours are reduced from 68 hours to 52, the companies would increase their employment to maintain the same productivity as before.

“Instead of creating more jobs, reduced working hours have become an opportunity for companies to adopt an automated manufacturing process,” Lee Kyung-mook, a professor from the Graduate School of Business at Seoul National University.

By industrial categories, tech and electronic businesses recorded the largest hiring growth. They hired more than 5,000 people after the 52-hour workweek rule was implemented last year. It was followed by the petrochemical firm’s 3,600 and auto industry’s 2,188.

By companies, LG Electronics’ increase in hiring was the biggest since the reduced working hour policy was adopted. It hired 3,296 people, about 200 more than Samsung Electronics.

The country’s second-largest chipmaker SK hynix, for its part, also increased its annual employment by hiring 2,060 people. It was followed by 2,029 by LG Chem and 1,159 by CJ CheilJedang and 1,050 by KIA Motors.