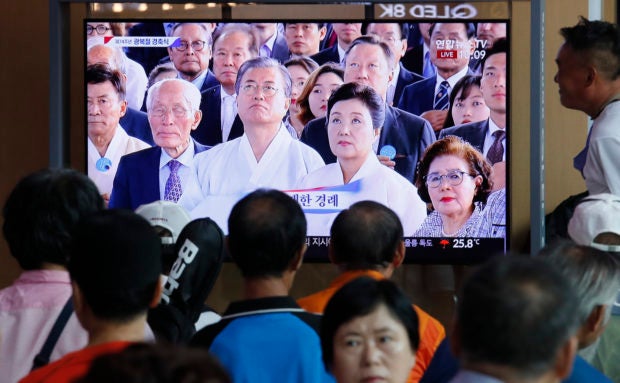 Moon’s speech at a ceremony marking the 74th anniversary of Korea’s liberation from Japanese colonial rule at the end of World War II come amid heightened public anger over Tokyo’s recent moves to impose trade curbs on South Korea, which triggered a full-blown diplomatic row.

Tens of thousands of South Koreans are expected to march in anti-Japan protests planned throughout Thursday. /gsg