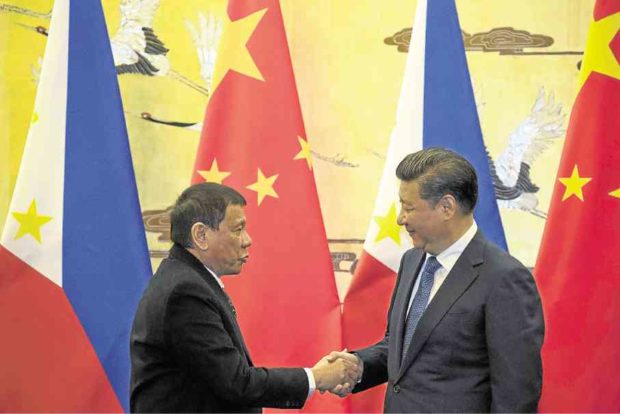 MANILA, Philippines–The trading agreement between President Rodrigo Duterte and Chinese President Xi Jinping during the Belt and Road Forum in April has now bore fruit after the Philippines logged its first shipment of young coconuts this week to the biggest economy in Asia.

The regional office of the Department of Agriculture (DA) in Davao revealed on Facebook that Davao-based company Eng Seng Food Products has begun shipping 48 tons or 36,000 pieces of coconuts to the cities of Guangzhou and Xiamen in China this week.

This is the result of a contract between the two nations during the second Belt and Forum in Beijing earlier this year, wherein the Philippines was allowed to export 64.5 million metric tons of young coconuts to China.

Eng Seng Food Products president John Tan said that despite the huge demand of Philippine coconuts in China, they had to limit their shipments to 15 containers from 60 containers a week due to the lack of coconuts that meet the export protocol of the Chinese government.

DA-Davao, for its part, has already vowed to help the company fill any supply shortfall by linking Eng Seng Food with local producers. For now, most of the products come from the provinces of Mindanao and Leyte.

The Philippine Coconut Authority said it would also provide coconut seedlings and technical assistance to farmers who are interested to join the venture.

This new partnership is crucial to the local coconut industry as it continues to suffer from a global supply glut. In Quezon province, the buying price of copra has plunged to P10 a kilo, 50 percent lower from its rate last year.

Aside from exporting young coconuts, the government has also encouraged the manufacturing of other coconut-based products such as coco water, coco coir, coco flour, and coco vinegar, among others – to expand export opportunities.

Philippines gets $12.2B in new investments, trade commitments from China