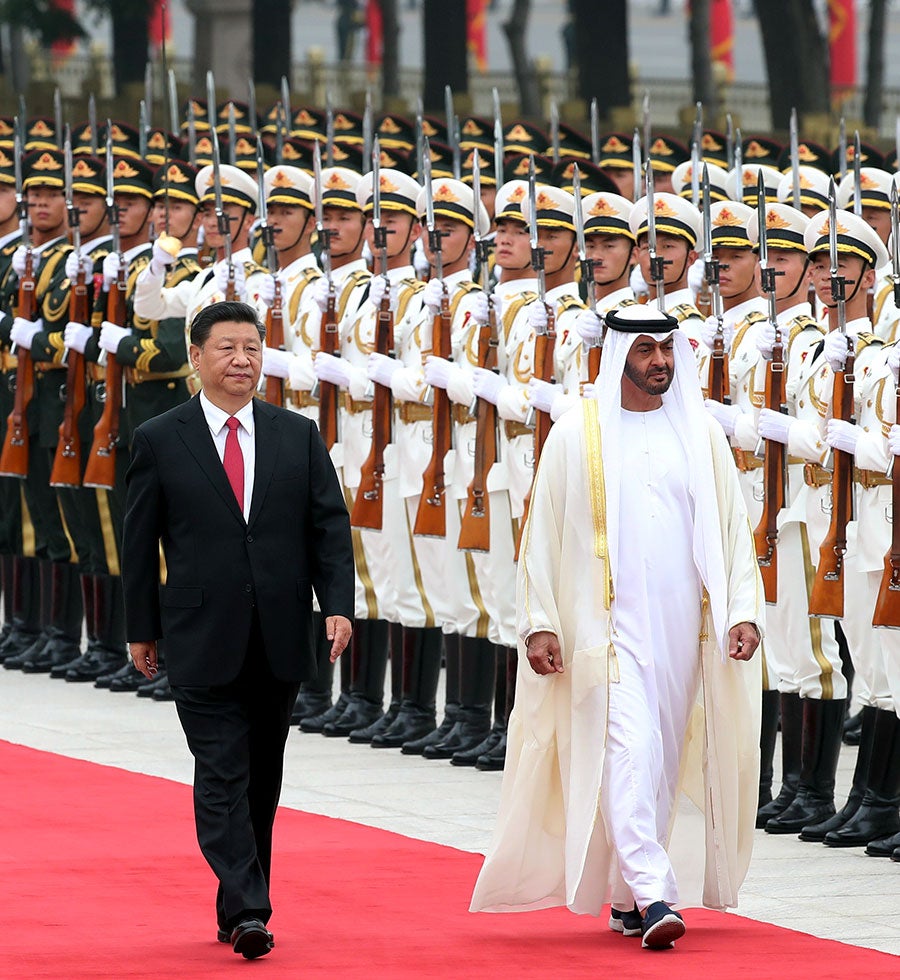 BEIJING — President Xi Jinping called on Monday for joint efforts with the United Arab Emirates to accelerate the high-quality building of the Belt and Road, as the two countries signed a number of landmark programs for bilateral cooperation.

Xi made the remark during a meeting with Abu Dhabi Crown Prince Sheikh Mohammed bin Zayed Al Nahyan, who is visiting China from Sunday to Tuesday.

China and the UAE should work toward increasing bilateral trade volume to $200 billion by 2030, and expand long-term, steady and comprehensive strategic cooperation in the energy sector, Xi said. In 2018, trade between the two countries reached $45.9 billion, which was up by 12 percent from the previous year, according to the Ministry of Foreign Affairs.

China will offer support to the Arab state in opening Chinese classes in 200 schools, Xi said.

After their talks, the two leaders witnessed a ceremony for the exchange of cooperative agreements in areas such as environmental protection, artificial intelligence and the peaceful use of nuclear energy. The two countries will conduct Belt and Road cooperation in production capacity, investment and financing in the Middle East and North Africa.

Recalling his visit to the UAE last July, Xi said the establishment of the bilateral comprehensive strategic partnership last year opened a new chapter for the joint progress of both countries.

Both sides should uphold multilateralism, fairness and justice and promote the building of a community with a shared future for mankind, he added. He called for enhanced bilateral cooperation on counterterrorism and security.

The peace and stability of the Gulf region is of major significance to the security and development of the Middle East and the world, and the region should continue to be an oasis of security, rather than a source of instability, he said.

Xi voiced China’s support for UAE’s efforts in maintaining regional peace and stability, saying that China called for all relevant parties to remain calm, exercise restraint and resolve differences and conflicts through dialogue on the basis of mutual respect.

The UAE crown prince said the Arab state will remain China’s best strategic cooperative partner no matter how the international landscape changes, and it will continue to offer China strong support over issues that are related to its core interests and major concerns.

The UAE is ready to expand investment and energy supplies to China and step up cooperation in areas such as finance, aerospace and people-to-people exchanges, he said.

He added that the UAE highly appreciates China’s efforts in protecting the rights of ethnic minorities and promoting ethnic unity and harmony, and it will work with China to jointly strike terrorist and extremist groups.