Minimum wage in Vietnam set to increase by 5.5 percent next year 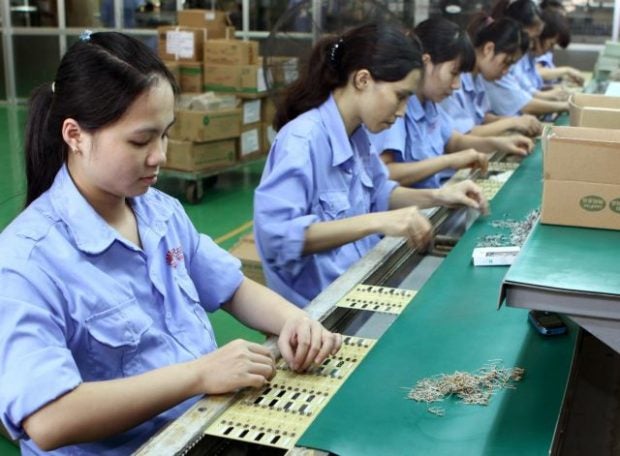 Starting next year, minimum wage in the private sector will increase by 5.5 per cent after three-party negotiations between representatives of the State, employers and employees ended yesterday. Viet Nam News/Asia News Network

HANOI — Starting next year, minimum wage in the private sector in Vietnam will increase by 5.5 percent after three-party negotiations between representatives of the State, employers and employees ended last Friday.

Those in Region III, or provincial cities and the districts of Bac Ninh, Bac Giang and Hai Duong provinces, will make at least VND3.43 million a month, while Region IV, or the rest of the country, will make VND3.07 million.

Deputy minister of labor Doan Mau Diep said the current minimum wage has met 95 per cent of the labor force’s minimum living standards so the raise would make their lives more comfortable.

The labour ministry presented three schemes: increasing the minimum wage by 4.9 percent, 4 per cent or 6 percent.

The VCCI argued that since the minimum wage has already met 95 percent of the basic living demands, there’s no need for any further increase to the workers’ wage in 2020.

The group said if there should be an increase, the rate should be kept at 1-2 percent, because boosting minimum wage would increase businesses’ expenditures and hurt their performance, but the organisation said it acknowledged the calls for higher minimum wage from the State and from employees given robust economic growth in recent years.

Hoang Quang Phong, vice chair of VCCI, said this result “will not bring any smile to the business community but we are sympathetic and willing to share the workers’ difficulties.”

The labour confederation said that though the final result fell short of its hopes for a more than 6 percent increase, 5.5 percent serves as a “middle ground” most of the Council members could agree upon.