Ortigas Center: From a barren land to a thriving business district 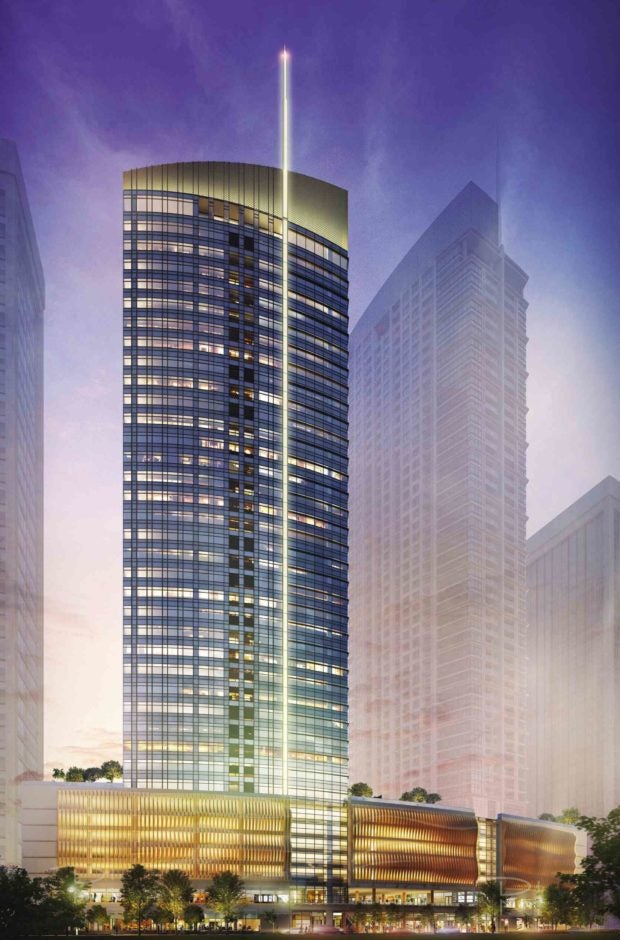 Decades ago, the area now known as the Ortigas central business district (CBD) or simply, Ortigas Center was largely unused and barren.

Today however, it has become a bustling, growing comprehensive “mini city” comprised of commercial, residential and technological zones, where many local businesses and multinational companies have set up their offices.

Ortigas Center traces its roots to the Hacienda de Mandaloyon spanning 4,033 hectares, which originally formed part of the estate holdings of the Augustinian Order. Big parcels were sold while some portions, including the Ortigas Center, were developed by the Ortigas family.

During the ‘’60s, it started to become a financial center, first with the Chronicle Building (now Benpres), followed by the Meralco building, and then the Asian Development Bank complex. The Philippines was chosen in December 1966 to host this multilateral lender.

At the historic site of Edsa Revolution now stand the Lady of Edsa Shrine and Robinsons Galleria. Built as a memorial of the People Power Revolution in February 1986, the Shrine of Mary Queen of Peace (Our Lady of Edsa) was formally consecrated on December 15, 1989.

The development in the area was indeed phenomenal after Edsa. SM Megamall was established in 1991 and Edsa Shangri-La opened a year later.

Considered one of the country’s biggest malls, SM Megamall is among the pioneer shopping malls established by Henry Sy Sr. in 1991 when he started the malling phenomenon in the ’90s. Edsa Shangri-La meanwhile was the first of the five Shangri-La hotels and resorts in the country. It has a total of 632 rooms which consist of 607 guestrooms and 25 suites.

Schools like the University of Asia and Pacific, St. Pedro Poveda School, and the Lourdes School of Mandaluyong are also located in the area.

Established in 1982, it is a non-stock, non-profit organization, which has the task of upholding the stature of Ortigas Center as one of the nation’s prime business districts. Specifically, it is tasked to effectively implement and monitor the rules and regulations and work hand-in-hand with the local governments of Pasig City, Mandaluyong City and Quezon City.

OCAI covers a total area of 1.083 million sqm, which falls under the jurisdiction of these cities. The area is bounded by Ortigas Ave. on the northeast, Meralco Ave. on the east-southeast, Shaw Blvd. on the southwest and Edsa on the northwest.

At present, OCAI has 186 member properties, including a mixture of major banks, multinational corporations, shopping centers, hotels, office spaces and high-rise commercial and residential condominiums as well as schools and churches.

Along with the CBDs of Makati, Taguig, and the Bay Area, Ortigas Center is now one of the fastest growing hubs, enjoying high demand, in particular, for its office spaces.

In 2016, Jones Lang LaSalle (JLL) had reported that while average vacancy rates in Metro Manila remained low at 3 percent in fourth quarter, Ortigas Center recorded the lowest at 1 percent. In terms of asset performance, JLL had said that capital values in Ortigas CBD ranged from P60,000 to P125,000 per sqm. Selling prices for mid-range developments in the Ortigas/Mandaluyong City sub-market ranged from P84,000 to P146,000 per sqm.

Today, these prices have already more than doubled as average land values in Ortigas Center have reached P306,000 per sqm as of the first quarter this year, while vacancy remained low at 2 percent for the same period, data from Colliers International Philippines showed.

Earlier this year, Colliers International reported that similar to the trend for the entire Metro Manila market, the office space demand in Ortigas Center remains diversified. Firms providing outsourcing, animation, insurance, engineering, and consultancy services have taken up space over the past 12 months. Colliers believes that co-working space operators taking up space in Ortigas Center is a good indication of the area’s viability for flexible workspace operations.

Colliers further reported that it expects completion of new office buildings from 2019 to 2021, which will offer more than 522,000 sqm of space, accounting for nearly a quarter of the new office space to be completed during the period.

Outlook for the Ortigas Center thus remains robust, especially with the expected completion of infrastructure projects linking the center to the neighboring business hubs like Quezon City and Taguig.

These include the Bonifacio Global City-Ortigas Center Link Road Project, which is seen to reduce travel time between the central business districts of Taguig and Pasig to 12 minutes, while alleviating traffic at Edsa and C5 by about 25 percent. The CBD is also expected to benefit from the P350-billion Metro Manila Subway System as it will help improve the center’s connectivity to other cities and hubs.

Average land value in Ortigas Center as of Q1 2019