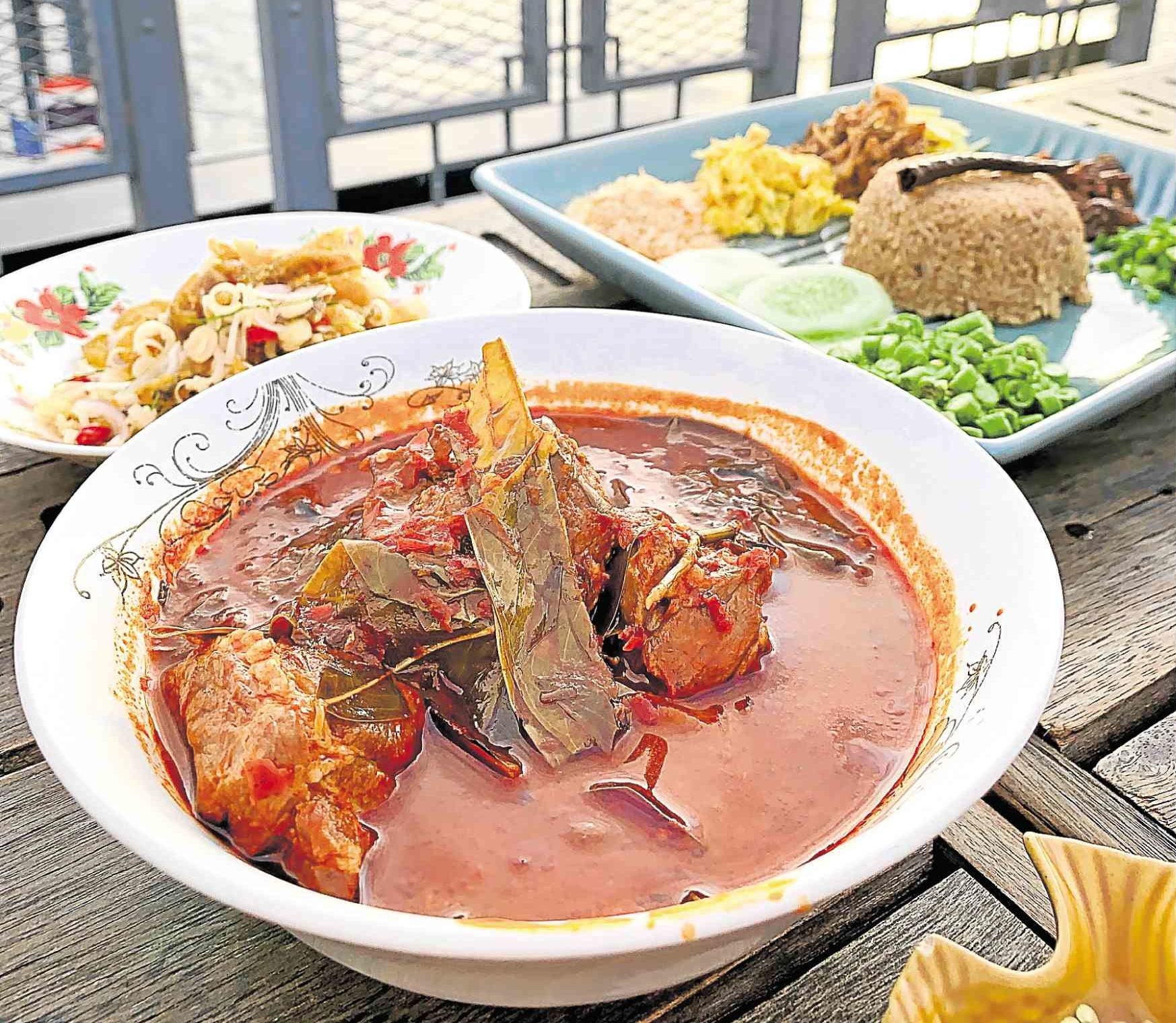 Supanniga allows you to have excellent Thai food while enjoying a view of the Wat Arun temple at sunset. —Photos by Margaux Salcedo

Thailand has brilliantly called itself the “Kitchen of the World” and it’s easy to see why. They are able to not only harvest incredible ingredients but they truly have the best chefs.

On my recent trip, I was able to try the cooking of 2019 Asia’s Best Female Chef, the first female Indian to receive a Michelin star, Garima Arora of Gaa. It’s difficult to get a seat at her restaurant, located right across the multiawarded restaurant Gaggan, even if it has three floors. Thankfully my date, Nico Marco, a Bangkok-based Mindoreño who is now head of global affairs of Agoda, was quick to book.

The chef does not disappoint and if you will visit Bangkok soon, I highly recommend this resto. Unlike some past awardees who incredulously don’t even have a restaurant on the list of Asia’s Best Restaurants, Garima’s Gaa was ranked a high No. 16 this year, showing she is not just about hype but a real working chef with a restaurant to be proud of.

The chef’s Tasting Menu (which costs around 3,200 baht or about P5,300 without wine pairing) showcases her mastery of technique, as she plays with ingredients with a perfect pitch.

Even the weather is factored in. Bangkok being extremely hot during my visit, she started the tasting menu with a cold guava soup, an effort to help guests calm down for what’s to come.

After you feel at home, she begins the show with an appetizer of another ornamented betel leaf. I laughed as the waiter carried out the bush on which it was presented. Other highlights included: a young corn with husk cut brilliantly so that the “fine” in fine dining would not be lost and guests would not make a mess; an “empanada” that used cheese ingeniously flattened to create the wrapper, instead of flour; the use of local sturgeon caviar from northern Thailand, instead of imported ones; and her main course of jackfruit in place of meat.

This restaurant is definitely worth a detour. And if you do visit, look for Filipina sous chef Samantha Jumchai, a Baguio native and graduate of Enderun. The caviar dish was her creation. Marco, one of the waiters, is Filipino too and from Batangas. 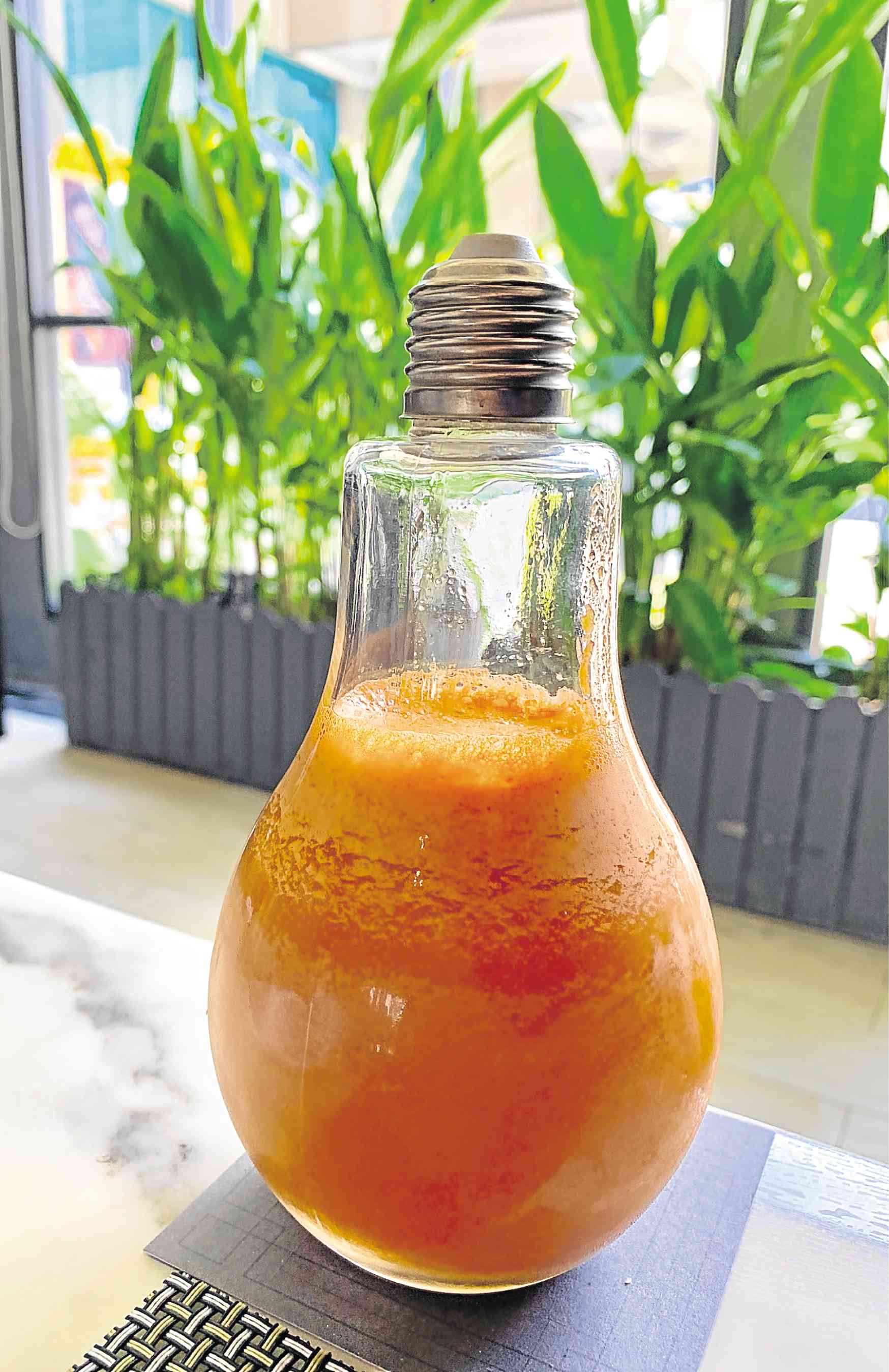 At the Well Hotel in Bangkok, a wellness menu offers a shake called Inner Peace presented in glass shaped like a large lightbulb.

If you are traveling with family or a group, a great hotel to stay at is Well Hotel, located in Sukhumvit 20. Unlike other hotels that have small rooms, its suite feels like an apartment, with a giant sala, dining area, kitchen and even your own cycling machine and yoga mat.

An interesting aspect of the hotel is its Well menu, which focuses on what they call Food Therapy. The chef created drinks like Inner Peace, a shake presented in a cute lightbulb glass that is supposed to help calm down your nerves; a Computer Vision Syndrome soup and salad combo that comes with a carrot soup; and anti-jet lag dishes that are supposed to revitalize you.

You will definitely feel healthy after eating these dishes.

For the first time, I joined a cruise. The one that was suggested to us was the Suppaniga cruise and it did not disappoint.

Most cruises offer dinner but my companions did not want to be stuck in a boat for too long so we opted for a quick sunset cruise, with dinner at the Suppaniga Eating Room deck instead. It was a great decision because the deck is directly facing the Wat Arun temple. So you can have your delicious traditional Thai food and watch the sunset and the temple light up for the night. It is a perfect way to end the day.

When crossing from Wat Arun to Wat Pho via ferry, you will see a row of restaurants as you emerge from the ferry. One of the first ones on the right, beside Gloria Jean’s, is Frank Boontai, a real hole in the wall.

We ate here out of desperation because it was so hot and we were hungry after all the walking. But I was amazed to find a really good pineapple rice dish, with the rice served on the pineapple shell and overflowing with shrimp and cashew nuts. Ask for the waiter named Beer, who is also hilarious.

This place never gets old. I ate here over 10 years ago and it’s still the same. It’s a good place to have not only good basic Thai food but also to have a great conversation on a controversial topic.

Another great resto if you are eating with friends is Somboon for curry crabs. They have a couple of branches.

For really good traditional Thai food, try Paste. It’s a little pricey at around 6,000 baht for two pax but at this restaurant, you really feel and taste how dedicated the chef is to respecting the traditions of Thai cuisine. Chef Bee Sotangun has also earned a Michelin star. It is worth the splurge.

TAGS: Bangkok, Kitchen of the World