These Filipino foods are set to dominate the world stage 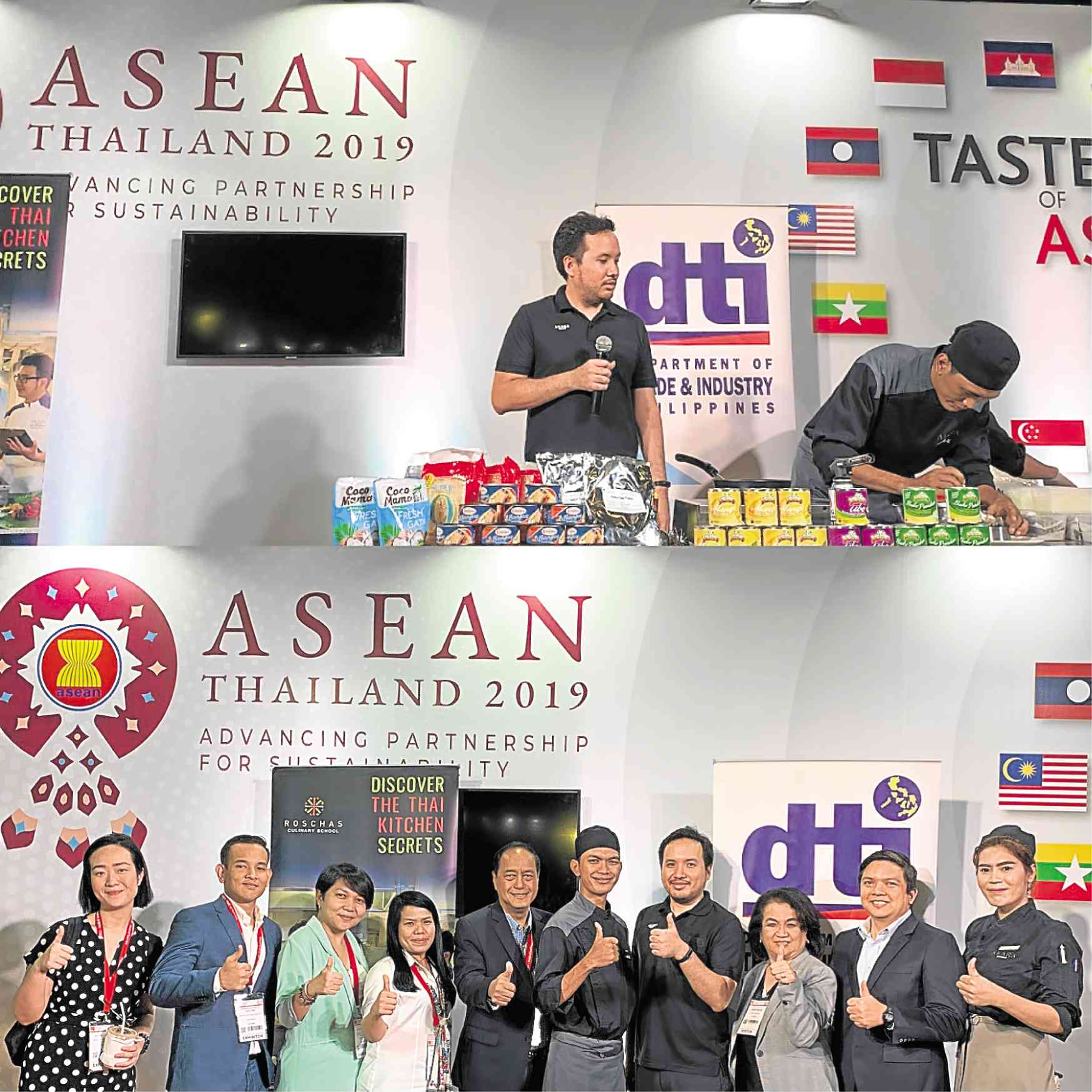 The Department of Trade and Industry (DTI) is upping its promotions for players in the food industry.

I had the pleasure of speaking with Senen Perlada, director of the Export Marketing Bureau of DTI, at the Thaifex World of Food Asia expo in Bangkok last week and it was great to hear about the government’s grand plans for the food industry this coming 2020.

Perlada was still ecstatic from Ifex, held last May 24 at the World Trade Center, a food expo “for Asia’s top food products, flavors, and ideas” organized by Center for International Trade Expositions and Missions and the DTI’s Export Marketing Bureau, and co-presented by Micro, Small, and Medium Enterprise Development Council, the Department of Agriculture and the Philippine Exporters Confederation Inc. Ifex had just presented NxtFood Asia, a three-day international trade exhibition “to discover and showcase the next big thing in the world of food.”

According to Perlada, NxtFooD Asia is a rebranding effort of Ifex to leverage on the idea that the next big trend in food, on a global level, should be from the Philippines. “The Philippines will plant its flag through our cuisine in different countries around world,” Perlada said.

This time, however, Perlada envisions marketing Filipino food not only to Filipinos abroad, but to the mainstream international market.

“We have more than 10 million Filipinos abroad,” Perlada shared. “So our food exporters, for the longest time, have been appealing to our OFWs. But it’s time for us to demonstrate Philippine cuisine to the mainstream market of the world. We want to show that Filipino food brands and Filipino ingredients can be used in their own cuisines.”

To demonstrate this, the Philippines participated in the Asean Culinary Show at Thaifex-World of Food Asia in Bangkok last May 30 (Thaifex, the largest food trade show, ran from May 28 to June 1) where Filipino ingredients such as bangus (milk fish) were used by a Thai chef to cook traditional Thai recipes.

Being fluent in both Filipino and Thai, Mai Vannaying of Akara Hotel in Bangkok hosted the show and explained the Filipino ingredients used by the Thai chef from the Roschas Culinary School for the demo.

It was fascinating for me— as a Filipino—and eye-opening for the Thai audience to see how Filipino ingredients were used for Thai cuisine. The chefs used canned bangus in cooking a fish dish, packed salted egg powder for a prawn dish, and coconut milk for yet another dish, among others. They were delicious!

Meanwhile, at the Filipino Food stalls, Filipino sardines were used as topping for pad thai.

Next year, Thaifex-World of Food Asia will be rebranded as Thaifex-Anuga Asia, which will be bigger than ever.

Roberto Amores, president of the Philippine Food Processors and Exporters Organization (Philfoodex) and the man responsible for bringing Filipino participants to Thaifex, wants to increase the participation of Filipino companies in the event.

For this year, there were 30 Filipino companies who participated, almost double the number of participants last year. Next year, he aims to bring at least 50 companies, with the end goal of showcasing the up and coming ingredients that will be considered as the “NxtFood Asia.”

It would be great if the DTI is truly able to work with Philfoodex to promote these Filipino food companies and ingredients. At the Hosted Buyer’s Conference that I was able to attend at Thaifex, the buyers from Japan and Hong Kong whom I was able to interview hardly knew of the many products we have to offer.

For cacao, the Hong Kong buyer was only aware of cocoa blocks (tablea) that he says they would sell to OFWs in Hong Kong, unaware of the many developments in chocolate production in the Philippines. The Japanese buyer, meanwhile, was interested in mangoes, but preferred those manufactured in Thailand because they are cheaper. While Thai products are indeed commendable, the buyer probably simply needs to be more apprised of the full range of mango products from the Philippines so he can add Filipino products to his options.

Hopefully, at Thaifex-Anuga Asia in 2020, with increased support from the DTI, there will be more Philippine products for the buyers to choose from.

Our DTI-Export Management Bureau, though, might want to consider getting inspiration from Thailand’s Department of International Trade Promotion (DITP) and Thai Chamber of Commerce.

The first thing to look at is the financial impact of Thaifex. The figures are not in yet for this year but the 2018 iteration generated $370 million worth of businesses. India reportedly achieved spot orders worth $30 million.

The Philippines also did well. Amores confirmed the Filipino food pavilion took in approximately $5 million in onsite sales—and that is only for 30 companies.

However, the strategy the DTI should really study is the DITP and Thai Chamber of Commerce’s sponsorship of buyers. They flew in over 2,000 international buyers just to meet Thai companies, manufacturers, producers, distributors, etc. This is on top of the over 80 hosted buyers that Koelnmesse, the international organizer of Thaifex, sponsored.

What better way to support local companies than by bringing international buyers directly to them instead of each company having to search for buyers abroad, oftentimes unaware of where to look. By bringing all these buyers together under one hall, you set the stage for outstanding sales that would otherwise take months, possibly years, for these companies to achieve.

The Thai DITP and Chamber of Commerce also supported startups by giving them space. I saw inventive Thai-themed products such as tom yum ice popsicles. I also noticed a Thai Food Innovation company whose sole task is to develop Thai flavors into powder form to be used in chips and dips by multinational companies. Another booth was devoted just to Thai rice.

The DTI can support Filipino companies, too, by supporting the research and development of Filipino food.

Amores said the grand displays of other countries should be the benchmark for the competitive participation of Filipino companies at Thaifex next year.

“We need to think of how to expand further horizons of opportunities for our food sector. So Director Perlada and I envision a bigger and expanded participation for Filipino companies in Thaifex-Anuga Asia next year,” he said.

Hopefully, DTI promotions for Filipino food will also translate to exponential growth in onsite sales and long-term partnerships for the Filipino companies.