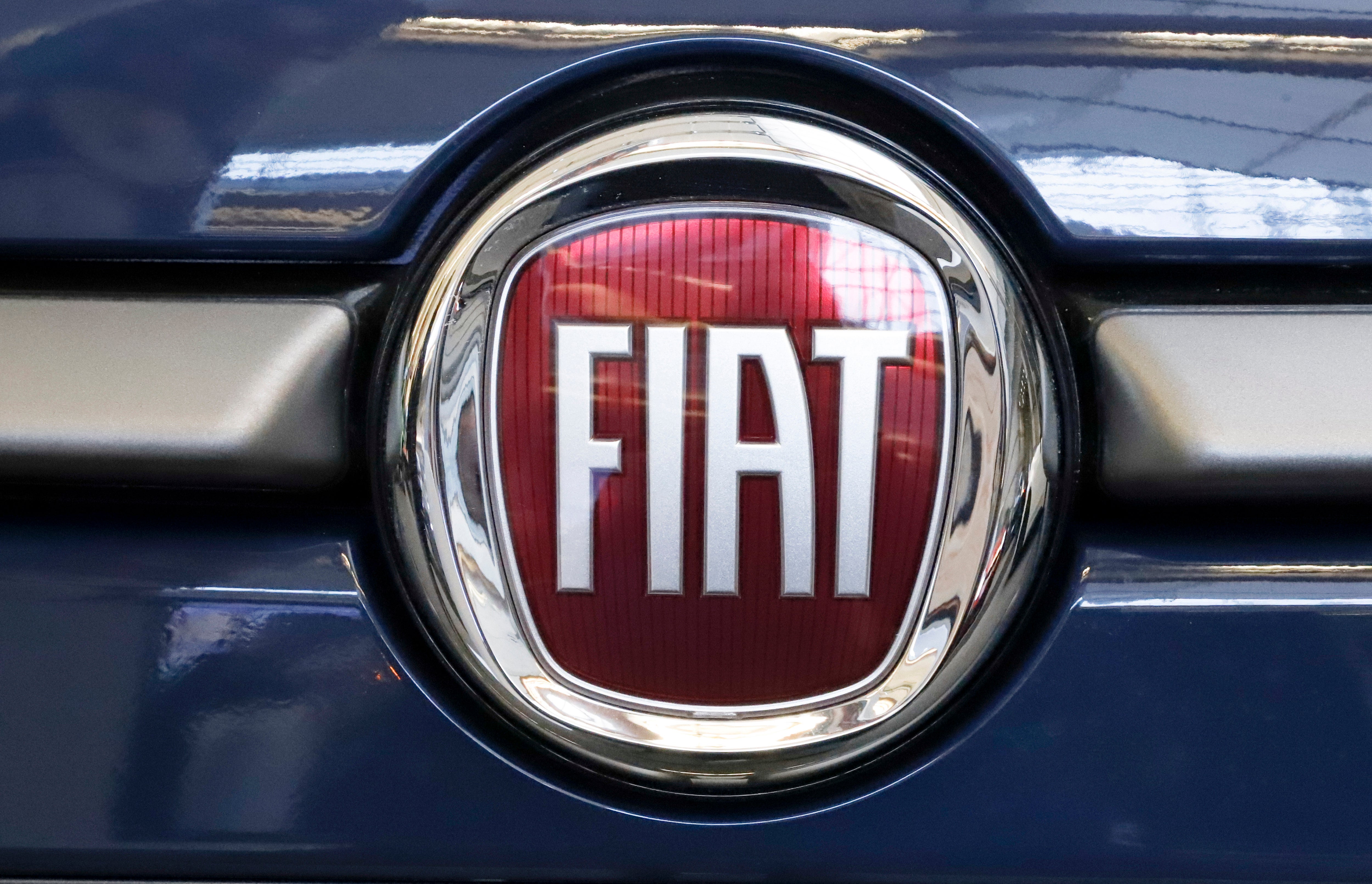 In this Feb. 14, 2019, file photo, this is the Fiat logo is mounted on a 2019 500 L on display at the 2019 Pittsburgh International Auto Show in Pittsburgh. Fiat Chrysler is proposing a merger with French carmaker Renault aimed at saving billions of dollars for both companies. (AP Photo/Gene J. Puskar, File)

PARIS — Fiat Chrysler on Monday proposed a merger with France’s Renault, in a deal that would create the world’s third-biggest automaker and save billions needed to invest in the race to make new electric and autonomous vehicles.

The proposal indicated that Renault’s existing alliance with Japan’s Nissan and Mitsubishi could continue and that the companies would benefit financially from the deal through extra savings.

Renault’s board is holding a special meeting at its headquarters in the Paris suburb of Boulogne-Billancourt on Monday morning about the merger idea. The company wouldn’t comment on the proposal until after the meeting.

The merged company would produce 8.7 million vehicles annually and save 5 billion euros ($5.6 billion) for the companies each year by sharing research, purchasing and other activities, the statement said. It said the deal would involve no plant closures, but didn’t address potential job cuts.

The two are somewhat complementary: Fiat Chrysler is stronger in the U.S. and SUV markets, while Renault is stronger in Europe and on electric vehicle developments.

The Renault-Nissan-Mitsubishi alliance has been troubled since the November arrest of its boss and biggest champion, Carlos Ghosn, on financial misconduct charges in Japan. Together, the three companies are the biggest maker of passenger cars in the world.

The French government, which owns 15% of Renault, is “favorable” to the idea of a merger with Fiat Chrysler but wants to study its conditions more carefully, especially in terms of “Renault’s industrial development” and employees’ working conditions, government spokeswoman Sibeth Ndiaye said Monday.

Such a merger would show “our capacity to respond to European and French sovereignty challenges in a globalized context,” she said. “We need giants to be built in Europe.”

Another French government official told The Associated Press that France would prefer a tie-up within the existing Renault-Nissan-Mitsubishi alliance. She said the companies have been discussing a merger for weeks but the French government was only informed last week.

Investors welcomed the idea of a merger, pushing shares in both Fiat Chrysler and Renault up 12% in European trading.

Nissan Motor Co. Chief Executive Hiroto Saikawa wouldn’t comment directly on the idea of a Renault-FCA merger but said, “I am always open to exchanging constructive views on strengthening the alliance.” He was shown speaking to reporters on Japan’s Fuji TV news.

Fiat Chrysler estimated that Nissan and Mitsubishi would make 1 billion euros in savings a year from the deal, though it was not clear how the Japanese companies would respond to being in an alliance with a much larger partner.

Collaboration between automakers has taken on importance in recent years as they seek to build their technological capabilities in pursuit of electrical vehicles, net connectivity and artificial intelligence for vehicles. Automakers are also under pressure from regulators, particularly in Europe and China, to come up with electric vehicles so they can meet tougher pollution limits.

During an earnings conference call earlier this month, Fiat Chrysler CEO Mike Manley told shareholders that he believed that there would be “significant opportunities” in terms of strategic partnerships or alliances in the next two or three years.