Pimentel: No tobacco tax hike if it will hurt businesses 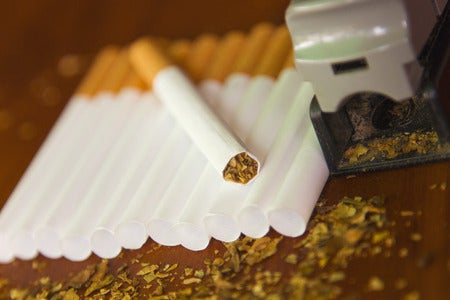 “I said let’s not overtax businesses to death. We will look into this. If a tax would put the viability of a business at risk, then I disagree with it,” Pimentel, speaking in Filipino, told AM radio station DWIZ.

Pimentel, an advocate of business-friendly policies, was reacting on the Senate panel draft seeking to increase the tobacco tax to P45 to P60 per pack next year.

The former Senate President said the proposal should be studied carefully as businesses could shut down and lead to unemployment.

“Let’s ask business owners first if they can manage the higher taxes because if industries will be closed we will the have unemployment to worry about,” he said.

Asked how the sin tax hike would affect the funding of the Universal Healthcare Law, Pimentel said they should manage the tax hike first.

“Let’s see what’s the best way to gradually increase the tax, considering that the Universal Healthcare Law lacks about 160 billion… You can’t get that with a one-time increase in the tax. We will manage the tax increases so that businesses won’t be endangered,” Pimentel said.

According to Finance Secretary Carlos Dominguez III, a funding gap will exist for the Universal Healthcare Law if the sin tax hike would not be implemented.

READ: DOF, DOH step up efforts to get lawmakers to hike sin taxes

Under the Senate measure, the sin tax rate would still be raised by 5 percent every year starting Jan. 1, 2024.

In December 2018, the House of Representatives also approved its own version of the bill.

The House version would raise the tax rate to P37.50 per pack starting July this year and an additional P2.50 until 2022.