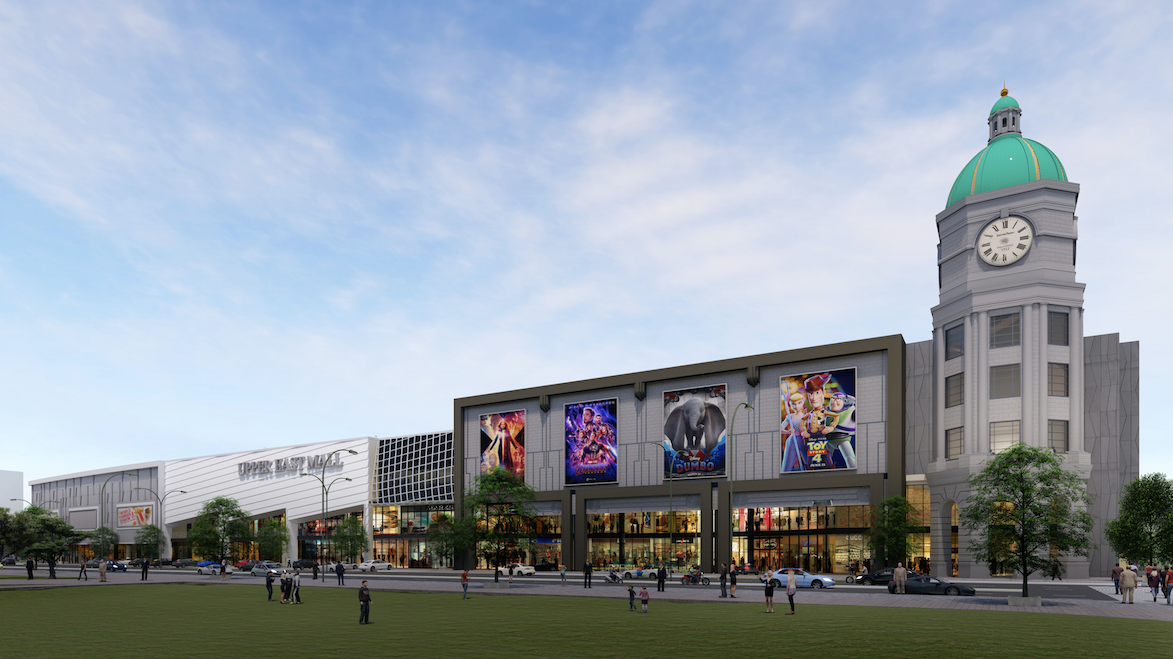 Covering a gross floor area of 24,200 square meters and expected to be completed by 2021, the Upper East Mall is envisioned to become Bacolod’s new architectural landmark with its blend of neo-classical and art deco architecture that is inspired by New York City’s Upper East Side cityscape.

The mall will feature a 48-meter high iconic clock tower that illuminates at night, making it a major landmark along the six-lane main avenue of the township that stretches from Lopez Jaena Street to Circumferential Road.

“What we are building in The Upper East is not just an ordinary mall. We are curating an architectural masterpiece that depicts the cosmopolitan vibe of our Bacolod township. This is just the first mall that we are building in this township because there is still more room for future expansion,” Megaworld chief strategy officer Kevin Tan said in a press statement on Friday.

The mall will host several rows of restaurants facing a garden of century-old trees that will be surrounded by Koi ponds, the company said.

It will also house four state-of-the-art cinemas and an open-air food hall with an indoor garden.

Construction of  The Upper East Mall will start at the end of this year and is expected to be completed by 2021, Tan said at a press conference in Bacolod City, adding that it is expected to create 1,000 jobs.

“We are excited to see The Upper East transforming into a modern central business district (CBD) of Bacolod. In the next three to five years, we will see the residential towers, office towers, commercial buildings, hotel, church, parks, and this new lifestyle mall rising. We will also be opening the Upper East Avenue to the public in two years,” said Tan.

To be managed and operated by Megaworld Lifestyle Malls, the Upper East Mall will also be highlighted by sustainable features such its own solar panel roofing, energy efficiency features such as perceived air conditioning cooling design, escalators with crawling features, rainwater harvesting system where the rainwater is recycled for plant watering, and a gray water recycling system where the water that is discharged from the sewage treatment plant is collected and used for secondary flushing of the mall’s toilets and urinals, Tan said.

The mall will be directly connected to the future Transport Hub of the township, and just across the central park facing Megaworld’s  two residential condominium towers of One Regis and Two Regis. (Editor: Jonathan P. Vicente)