BANGKOK – Shares opened moderately lower in Asia on Tuesday after a dismal day on Wall Street as investors fled uncertainty over the China-U.S. trade standoff. 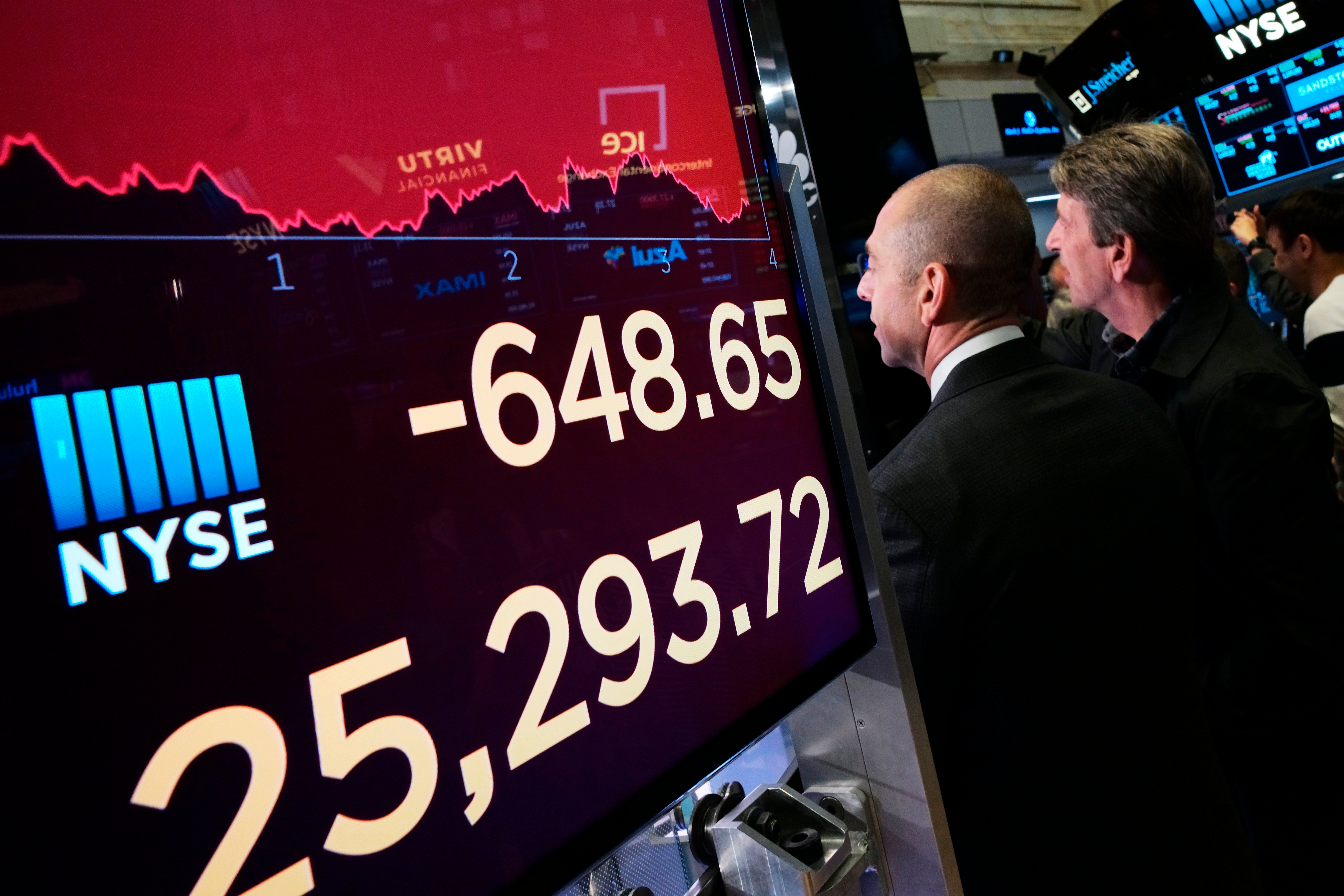 An electronic screen shows the drop in the Dow Industrials, Monday, May 13, 2019 at the New York Stock Exchange. U.S. stocks moved sharply lower Monday on Wall Street and extended the market’s slide into a second week as investors seek shelter from an escalating trade war between the U.S. and China. (AP Photo/Mark Lennihan)

Investors already rattled by mounting tensions between Beijing and Washington got an extra jolt when China announced late Monday that it was raising tariffs on $60 billion of imports from the United States in retaliation for the Trump administration’s latest hike in import taxes on Chinese exports.

“A clear hardening of attitudes, with state media blaring that China ‘will fight to the end,’ has stirred concerns of a protracted and widening trade war,” Mizuho Bank said in a commentary.

Technology companies, which do a lot of business with China, led the way lower. Chipmakers were among the biggest decliners.

Hopes the world’s two largest economies were on track to resolve their dispute over trade and technology helped push the market to its best yearly start in decades.

That has given way to concern that a full-blown trade war could crimp what is otherwise a mostly healthy economy.

“The larger issue with the tariffs isn’t the specific amounts of tariffs at any given time, but the uncertainty that’s surrounding these tariffs and the ‘what’s-next?’ of an escalating trade war,” said Willie Delwiche, investment strategist at Baird.

“That weighs on the global economy and could then weigh on the U.S. economy.”

The Dow lost 2.4% to 25,324.99, at one point dropping 719 points. Apple and Boeing, which both get significant revenue from China, were the Dow’s biggest decliners.

Ride-sharing company Uber tumbled another 10.8% on its first full day of trading following its rocky debut on the stock market Friday.

Trade talks between the U.S. and China concluded Friday with no agreement and with the U.S. increasing import tariffs on $200 billion of Chinese goods to 25% from 10%.

Officials also said they were preparing to expand tariffs to cover another $300 billion of goods.

Another sign of investor jitters, the VIX index, which measures how much volatility the market expects in the future, spiked 28.1%.

The increase in tariffs announced in Beijing on Monday includes commodities like soybeans, putting pressure on U.S. farmers.

The price of soybeans slid 0.8% to $8.04 a bushel Monday. They were trading around $9 a bushel last month and are now at their lowest price since December 2008.

The falling price has put pressure on U.S. farmers.

Prices for U.S. government bonds, which are considered ultra-safe investments, rose sharply, sending yields lower. The yield on the 10-year Treasury fell to 2.41% from 2.45% late Friday.

Energy futures recovered, with U.S. crude gaining 18 cents to $61.22 per barrel in electronic trading on the New York Mercantile Exchange.