Uber looks to raise up to $9B in initial public offering 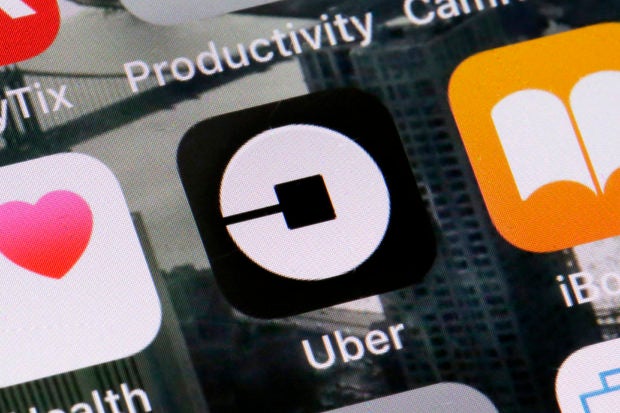 This Tuesday, June 12, 2018, file photo shows the Uber app on a phone in New York. Uber on Thursday, April 18, 2019, said that it is releasing a new feature to help riders ensure they’re getting into the right vehicles. The development comes several weeks after a University of South Carolina student was killed after getting into a car she had mistaken for the Uber ride she hailed. AP

The San Francisco-based company expects to be valued at $80.5 billion to $91.5 billion, falling well below prior estimates that rose as high as $120 billion, in a sign that investors may be taking a more cautious approach to ride-hailing after the stock performance of Uber’s rival, Lyft.

Even so, Uber is on track for one of the largest IPOs in history. The company plans to sell 180 million shares for between $44 and $50 each.

Lyft went public last month and its stock price fell 21% from its initial offering price of $72, and was selling for about $57 on Friday.

“With Lyft’s IPO being down more than 20% in a market that’s hitting new highs every day, that’s a dynamic that probably has been factored in as well,” said Daniel Ives, managing director of equity research at Wedbush Securities.

Uber is part of a wave of technology companies that are going public, and Pinterest and Zoom both saw their stock prices climb substantially after their IPOs this month. Slack and Postmates are also waiting for their turn.

Over the coming weeks Uber is likely to revise those figures as it launches its so-called road show, where it pitches the company and gets feedback from potential investors. It is expected to begin trading on the New York Stock Exchange next month.

Uber also disclosed that PayPal plans to buy $500 million in stock at the IPO price, and that the companies will explore future commercial payment collaborations, including the development of Uber’s digital wallet.

Uber gave potential investors a first look at its finances this month, revealing nearly $8 billion in losses over a decade. That mirrors the challenges faced by Lyft.

That rapid growth has continued this year. On a preliminary basis, revenue rose to a range of $3 billion to $3.1 billion during the three months that ended March 31, compared with $2.6 billion a year ago.

However, the company estimated losses of $1 billion to $1.1 billion for the first quarter. Uber chalks them up to operational expenses as the company continues to invest in its core platform, including spending on incentives and promotions. In the first quarter of 2018, Uber posted a one-time profit of $3.7 billion, helped by the sale of its operations in Russia and Southeast Asia, which brought in $3.2 billion, and an unrealized $2 billion gain from Uber’s investment in Didi, the transportation network company in China.

Both Uber and Lyft face an uncertain path to profitability as they deal with intense competition, high costs to pay drivers, increased regulation by cites and a long, uncertain road to the development of autonomous vehicles.
“We know that companies with large losses tend to be problematic for IPO investors,” said Kathleen Smith, principal at Renaissance Capital, which provides institutional research and IPO exchange traded funds. “There is no doubt that Lyft is a factor in Uber’s valuation.”

While Lyft is primarily a domestic ride-sharing business, Uber is building a ride-sharing platform that it can also use to monetize its freight and food delivery businesses, Ives said.

Uber also lost market share after a series of embarrassing revelations and has been working to repair its reputation. It disclosed earlier this month that it faces a criminal investigation from the U.S. Justice Department into a cover-up of a massive computer break-in during 2016 that took personal information of millions of passengers and drivers, among other legal challenges.

Uber stockholders also will be selling 27 million shares if the underwriters exercise their option to purchase stock.