Better equipment for a better game 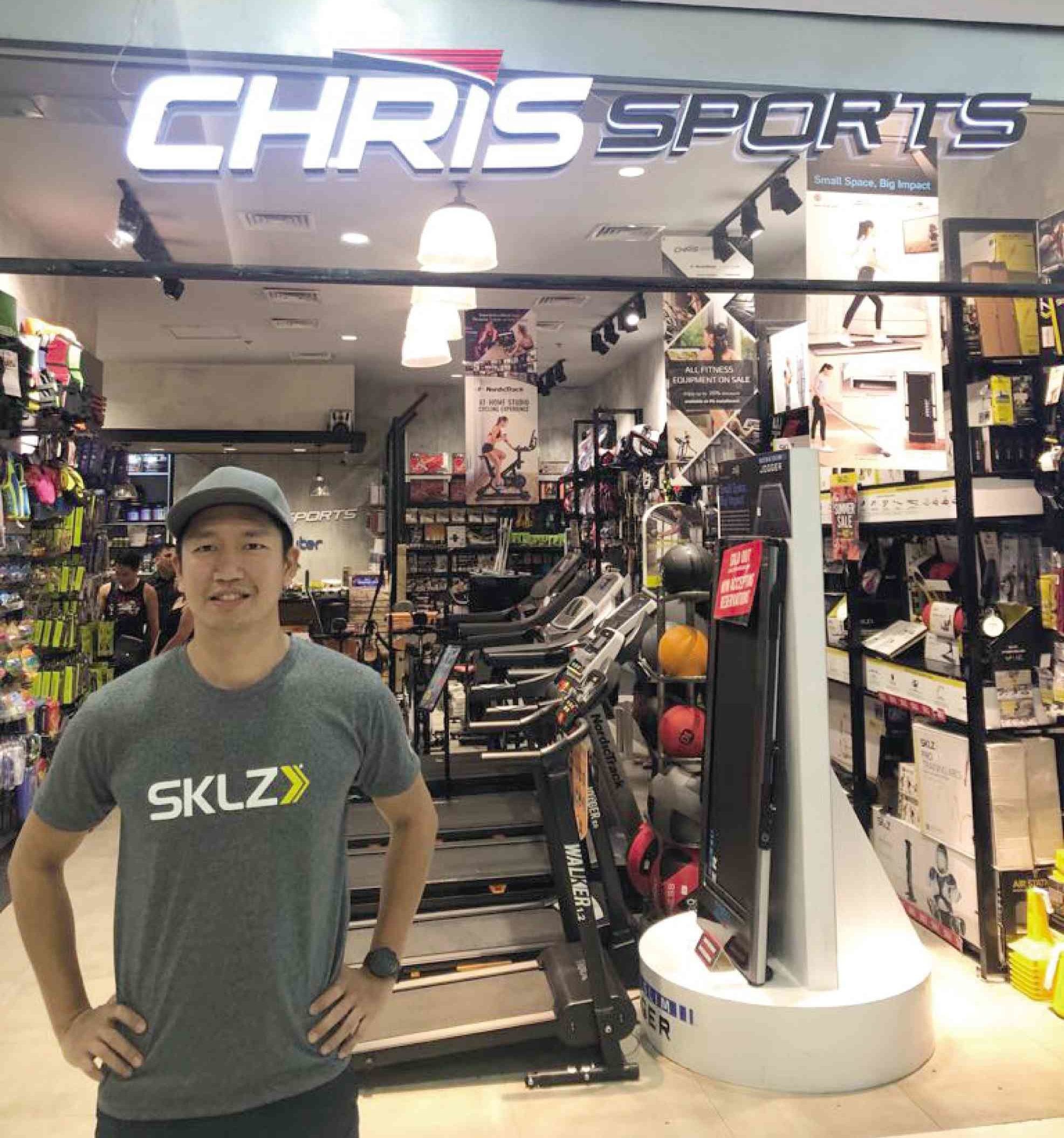 Theirs was not a classic humble start; but neither was it an overnight success.

Their passion for sports, tennis in particular, fueled their desire to set up a sporting goods business. What they wanted was a franchise of the country’s leading sports store at the time, but they could not afford the franchise fee.

So Chris and Elizabeth Tang plunged into the business on their own, with capital borrowed from siblings, selling mainly tennis equipment in a shop they established at SM City North Edsa, which opened in 1985 as SM’s first mall.

Slowly but steadily, Chris Sports diversified into other sports and grew, opening a branch in every mall that SM built. It later branched out into other malls.

Today, Chris Sports has 41 stores nationwide, more than the leading sports store the Tangs had tried to buy a franchise from. Three more are expected to open this year.

‘’Early on, we had no real strategy to grow,” says Gilbert Tang, the couple’s son who now runs the business as its managing director. “We just joined SM in expanding. In our first 10 to 15 years, we opened a branch in every mall SM opened. So we kept pace with SM’s expansion.”

In their first store, diversifying from tennis equipment involved selling whatever their suppliers, mostly Indian businessman from Quiapo, supplied them. So they sold shoes, basketballs, even air guns.

At a young age, Gilbert was already involved in the business.

At nine or 10, he worked in the first store as a bagger, the guy who stands next to the cashier to bag for customers.

Later, he went into cashiering, stocking, deliveries and purchasing. He also became a salesman.

At La Salle, he first wanted to take up law, but he didn’t think he’d enjoy being a lawyer, so he shifted to marketing, which was right down his alley.

Equipped with a marketing degree and a lifetime of on-the-job-training, Gilbert joined the business full-time at 22 in 1998 and sustained the steady growth.

Today, Gilbert runs Chris Sports from its modest headquarters in Kamuning, Quezon City. (He doesn’t remember exactly when he took over the business.)

None of his two siblings are involved in the business but both their parents, who are now in their 60s, are still very active, both in tennis and in business.

His mother is still very much involved in store operations while his father is busy with a separate business as importer and supplier of Chris Sports and other competitors.

A big part of the reason for the success of Chris Sports is its ability to differentiate itself from competitors.

The store doesn’t sell shoes and apparel like its competitors, partly because of the condescending attitude of a big brand supplier.

The sad experience turned  out to be providential for the business.

Its main business is in equipment, big and small, designed to improve health, fitness and performance.

One of its top brands is NordicTrack, the worldwide leader in premium fitness equipment, which recently launched the state-of-the-art NordicTrack S22i, the exercise bike described as “more convenient than a gym, more affordable than a personal trainer.”

Other “must-haves” in the store are designed for performance, functional, strength and endurance training, including sports nutrition, and recovery.

One brand, SKLZ, offers skill-specific training in basketball and soccer, performance training and recovery products, and programs for athletes.

On top of the more than 41 physical stores nationwide, Chris Sports is also available 24/7 online with its e-commerce platform on its website, www.chrissports.com.

“That’s how we evolved into the concept that it is now,” Tang says. “Gradual consistent growth. No overnight success.” —CONTRIBUTED