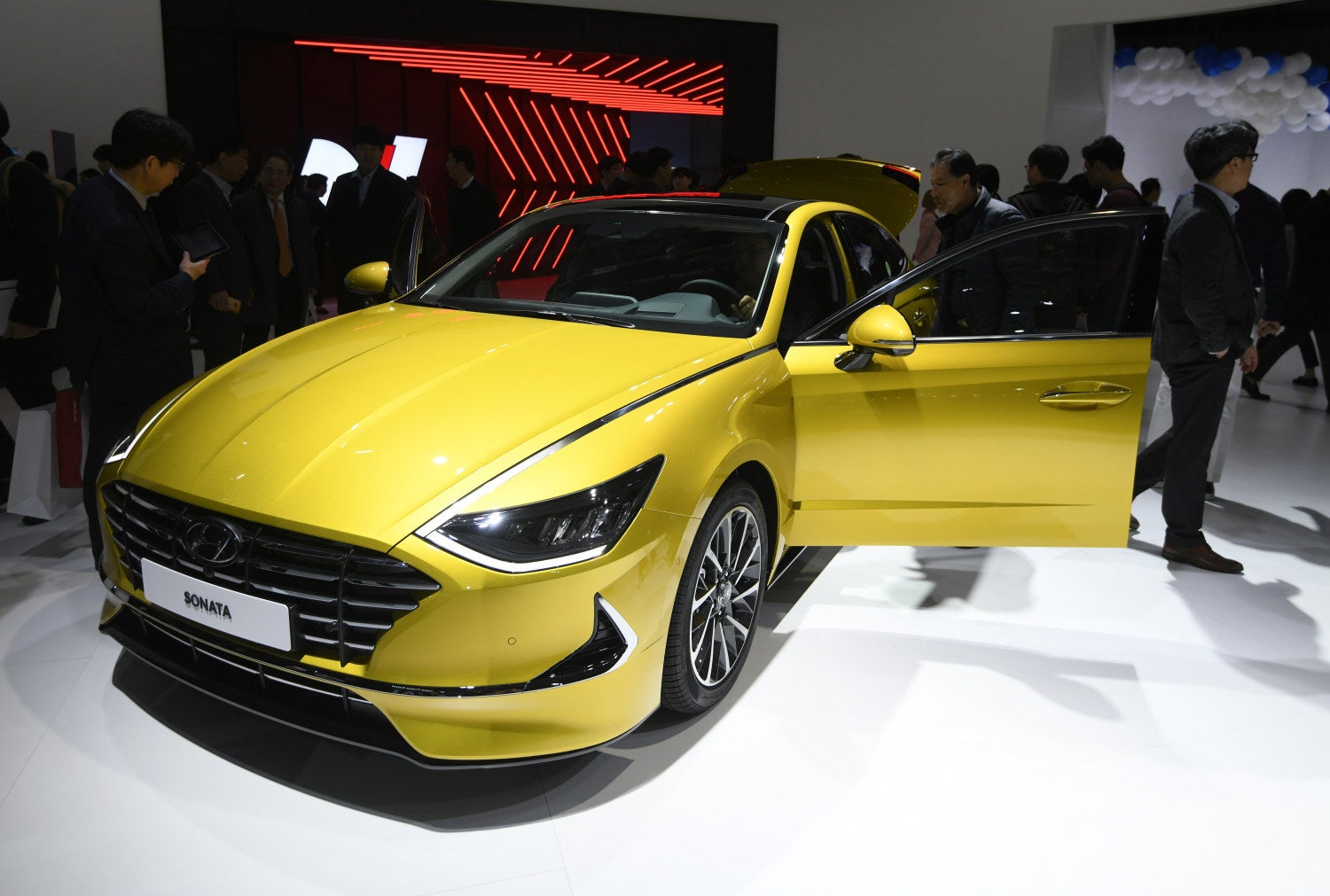 Visitors look at Hyundai Motor’s Sonata during a press preview of the Seoul Motor Show in Goyang, northwest of Seoul, on March 28, 2019. – AFP FILE PHOTO

NEW YORK — US authorities said Monday that they have opened two separate investigations into automakers Kia and Hyundai after receiving more than 3,100 complaints of “non-crash fires” affecting vehicles from both manufacturers.

The incidents are linked to one death and more than 100 injuries to date, according to the National Highway Traffic Safety Administration (NHTSA) road transport regulator.

READ: Decisions, Decisions: The Best Compact Cars for Your Money

Nearly three million vehicles from the two manufacturers could be recalled after investigations that began on March 29: 1.7 million Kia Optimas, Sorentos and Souls, and almost 1.3 million Hyundai Sonatas and Santa Fes.

On Feb. 9, this @Kia owner had a "sensor update" intended to prevent a non-crash fire.

We say that Kia and @Hyundai need to stop this problem before someone dies (via @freep). https://t.co/EbzlGipKVP

Neither manufacturer immediately responded to a request for comment from AFP.

After initially being alerted about the fire issue in 2018 by the Center for Auto Safety (CAS) consumer advocacy group, regulators requested information on “on all engine and nonengine related fires” affecting the vehicles from the two manufacturers, the NHTSA said.

“Hopefully, this step will quickly lead to a recall being issued as soon as possible. The reality is that extended investigations do not protect Kia and Hyundai owners — that requires recalls which result in effective repairs,” CAS executive director Jason Levine said in a statement.

“It is long past time for the full power of the federal government to be brought to bear to answer why so many thousands of Kia and Hyundai vehicles have been involved in non-crash fires,” Levine said.

It is not the first time that Kia and Hyundai vehicles have experienced unexpected fires, according to the NHTSA: around six million of their combined vehicles have been affected since 2015, only about 2.4 million of which have been recalled for repair.

READ: Our Top Picks: What Are the Best Cars for Teens