‘Green-minded’ congregate in this posh hotel 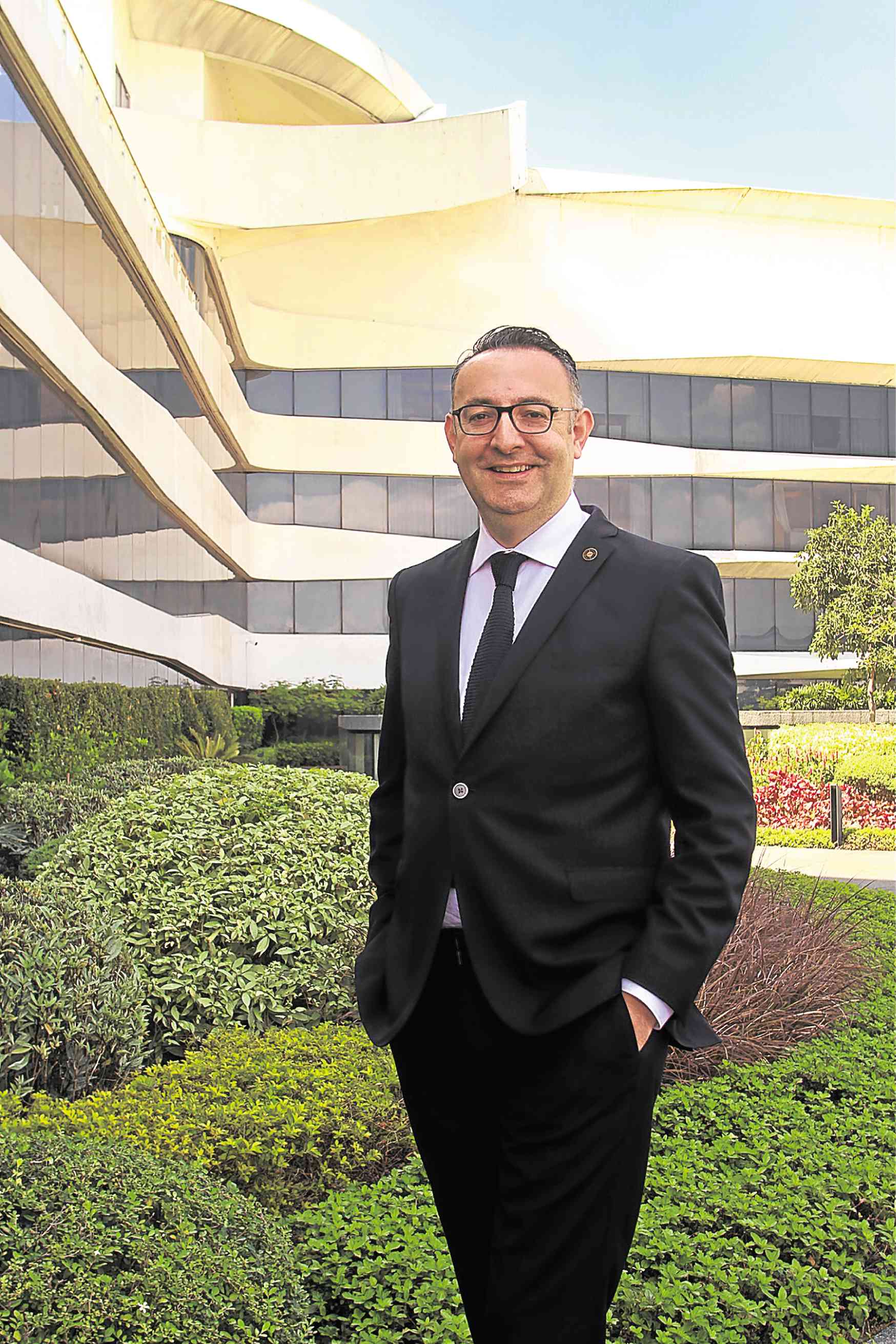 Green meetings” is a new concept in the Philippines, but Conrad Manila has already been taking strides in making its practices and business more eco-friendly.

Green meetings are gatherings that integrate environmental concerns in order to reduce damaging effects on the planet. These also include social aspects or corporate social responsibility (CSR) programs.

“The expectations are high,” says Laurent Boisdron, Conrad Manila general manager. “Guests anticipate the experience through our conservation measures, the smart sensors in the room, the sustainability in our food, the reduction of wastes … employee engagement and partnership with government agencies and other groups.”

He says that when guests enter the property, they will see the LEED (Leadership in Energy and Environmental Design) Gold-Certified Hotel logo, as rated by the US Green Building Council.

The hotel is vigilant about reducing the use of plastic. Hence, water is served in carafes instead of plastic bottles. Pencil and notepads, reduced to a compact size, are available on request while the excesses are donated to a children’s charity.

In the menu planning, the chefs explain how the hotel lowers the carbon footprint by buying fish that’s caught by line, not by the net or trawler. While other hotels import vegetables to maintain consistent quality, Conrad Manila sources its organic lettuce and tomatoes from a hydroponics soilless planting farm in Alabang. The menu is also flavored by the hotel’s organic garden. Plastic straws has been replaced by paper.

“All products are closely inspected upon purchasing. Hygiene managers visit the suppliers to make sure they respect temperatures that keep the food fresh,” says executive chef Daniel Patterson.

As a choice for accommodations, events participants will enjoy rooms with motion sensors and other energy, water and noise reduction features.  When they check out, soap leftovers are recycled by a chemical company and given to charity. Soiled bed sheets are donated to a company that recycles them into bags. The guests’ used slippers are collected by the international NGO Rise Against Hunger. Some are delivered to its pilot project in Taguig, the Good Food Grocer, which aids public schools and women’s groups.

“MICE (meetings, incentives, conventions and exhibitions) groups book with us because of this uniqueness,” Boisdron says. “These are all part of the smart luxury which you expect as a guest of Conrad Manila.”

He points out that its biggest MICE market, the pharmaceutical companies, are understandably very conscious about these practices.

The hotel’s green initiative also reflects the trends sought by guests and stakeholders.

As a result, Conrad Manila’s water and power savings in 2018 reached the corresponding targets of 3 percent and 4 percent, respectively.

Boisdron takes pride in the hotel’s engagement with the community, via its 25 employee-led CSR programs and support for the arts. Among its biggest programs is mangrove planting in Baseco, one of the largest slum dwellings in Manila.

To mark World Food Day last November, Conrad Manila also held a meal-packing event for Rise Against Hunger, the NGO which provides healthy food packs to calamity-devastated areas. The volunteers once set a Guinness record for assembling 1 million meals. The food was sent to victims of the Marawi siege.

He also notes that during the Manila Bay cleanup, the employees came to help and were able to collect garbage that filled up 10 trucks.

“Because we care for the environment and are committed to the future, our guests feel they are teaming up with a relevant partner,” Boisdron says.

With 25 years of experience in the hospitality industry, the 47-year-old French notes how the industry has evolved. “Sustainability has not only become a lifestyle but also a way of doing business,” he observes.

The general manager’s role has also become tech-driven. “Technology is a huge part of our daily work from the Viber for employees to the Kipsu (a digital customer-focused platform) for guests. These ensure efficient and faster response,” he says.

He rates Conrad Manila’s financial performance as “strong,” buoyed by the MICE group.

As a leader, Boisdron is known as a “people person” who genuinely shows appreciation for the efforts of his associates, sits down with them for coffee and encourages them to progress.

He discovered his way with people when he worked for the family’s restaurant in a town outside of Nantes, one of France’s largest cities. At the age of 19, Boisdron was promoted to restaurant supervisor.

His parents wanted him to pursue music and tried to dissuade him from joining the hospitality industry. Boisdron, however, was determined.

He was 22 when he got his first professional job as an assistant restaurant manager of a deluxe brand in Barcelona.

Boisdron has since worked for luxury global brands, independent hotels, a cruise line and at the headquarters of a global hotel chain, all spanning four continents. He says his exposure to different cultures and attitudes made him a well-rounded hotelier.

Boisdron was with another brand when he heard about the Philippines. He stayed for three weeks, visiting Manila, Boracay, Cebu and Bohol in 2016.

By coincidence, his former employer assigned him to manage a Cebu property owned by the SM Hotels and Resorts. Last year, SM transferred him to its luxury brand, Conrad Manila.

“Running a flagship property requires passion, perseverance and anticipating the next thing. One must be creative, intuitive and highly engaged,” he says. —CONTRIBUTED

Shooting kills 2 officers, one a Fil-Am, in Hawaii