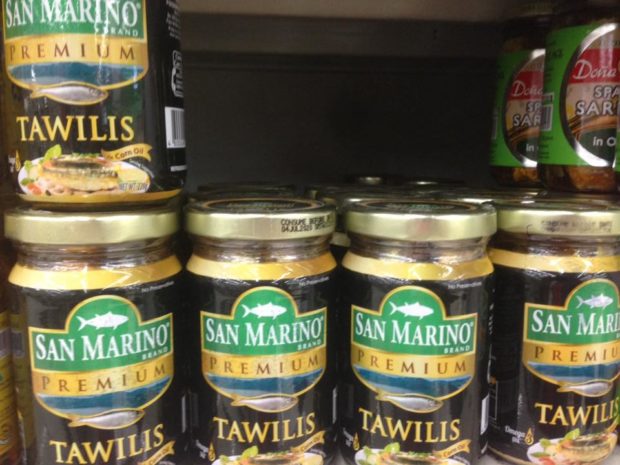 MANILA, Philippines — A local food manufacturer has announced that it will stop producing bottled and canned tawilis after the International Union for the Conservation of Nature (IUCN) placed the freshwater fish on the list of endangered species.

In a statement, San Marino said it will also start withdrawing stocks of its canned and bottled tawilis (Sardinella tawilis) from all grocery stores to preserve “marine wildlife and natural resources.”

San Marino, a product line under CDO Foodsphere, Inc.,  added that it “will work closely with government regulatory bodies and Taal Lake authorities to help preserve our precious Sardinella Tawilis.”

Tawilis, the only  freshwater sardine in the world,  can only be found in Taal Lake in Batangas.

The IUCN earlier said threats to the survival of tawilis include “overexploitation, pollution and competition and/or predation with introduced fishes,”  /muf