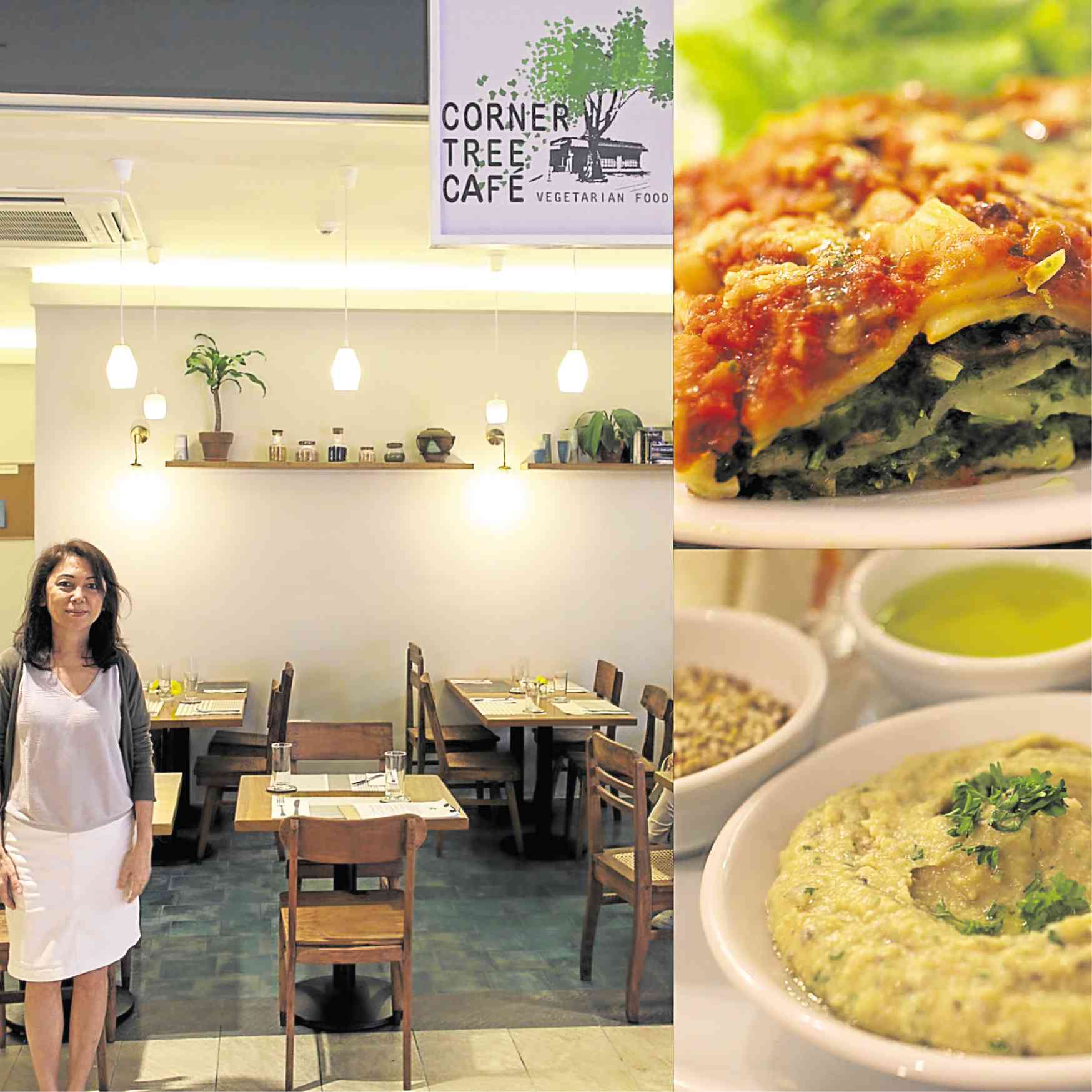 It isn’t so hard to be vegan after all.

At least that’s what I realized after one week of trying to be one, give or take a couple of bites of my seatmate’s Genghis Khan premium beef ribs at Jing Ting at City of Dreams and the Australian rib eye at the Raffles for research (both excellent, by the way).

I have also realized that if you are not so uptight about the concept, and give yourself a little breathing room for an occasional indulgence—a bite of duck or lechon can’t be a mortal sin—it is much easier to embrace the lifestyle.

But best of all, in this day and age, there are restaurants and food deliveries that cater to this kind of menu.

If you would like to try out this lifestyle, here are some suggestions from my friends:

OC’s Kitchen owner and chef Anna Ocampo Sarmiento suggests Greenery Kitchen, where you must try the malunggay dilis; and Wabi Sabi, where she recommends the vegan tantanmen.

Jemps Gallegos-Yuvienco, owner/creator of Athena & Clyde and Sweet Street, suggests the following restaurants in the south: Vegan in BF on El Grande Avenue and The Friery’s tofu sizzler at Alabang Town Center’s Food Choices. In Makati, she also suggests Green Bar and Wheely’s Shawarma in Glorietta.

I am not an advocate of meat substitutes; I hate fake meat. But if you are willing to walk that path, Jemps suggests The Real Happy Cow, which has a cheese pimiento spread, vegliempo and vegchon.

If you are a dessert lover, do try Jemps’ own brand Sweet Street, as she makes healthy treats, and now also specializes in brownies, muffins and lactation cookies. No, these cookies are not made from breast milk. They are so nutritious that they help mothers increase their supply of breast milk.

I have also recently discovered In A Nutshell’s dairy-free, vegan cheeses at the Legazpi Market. They make cheese using cashew nuts and the texture is astounding—it is really just like cheese. Though, of course, if you are a cheese-aholic, you would know it isn’t. But if you are committed to going dairy-free, this is a shred of hope. 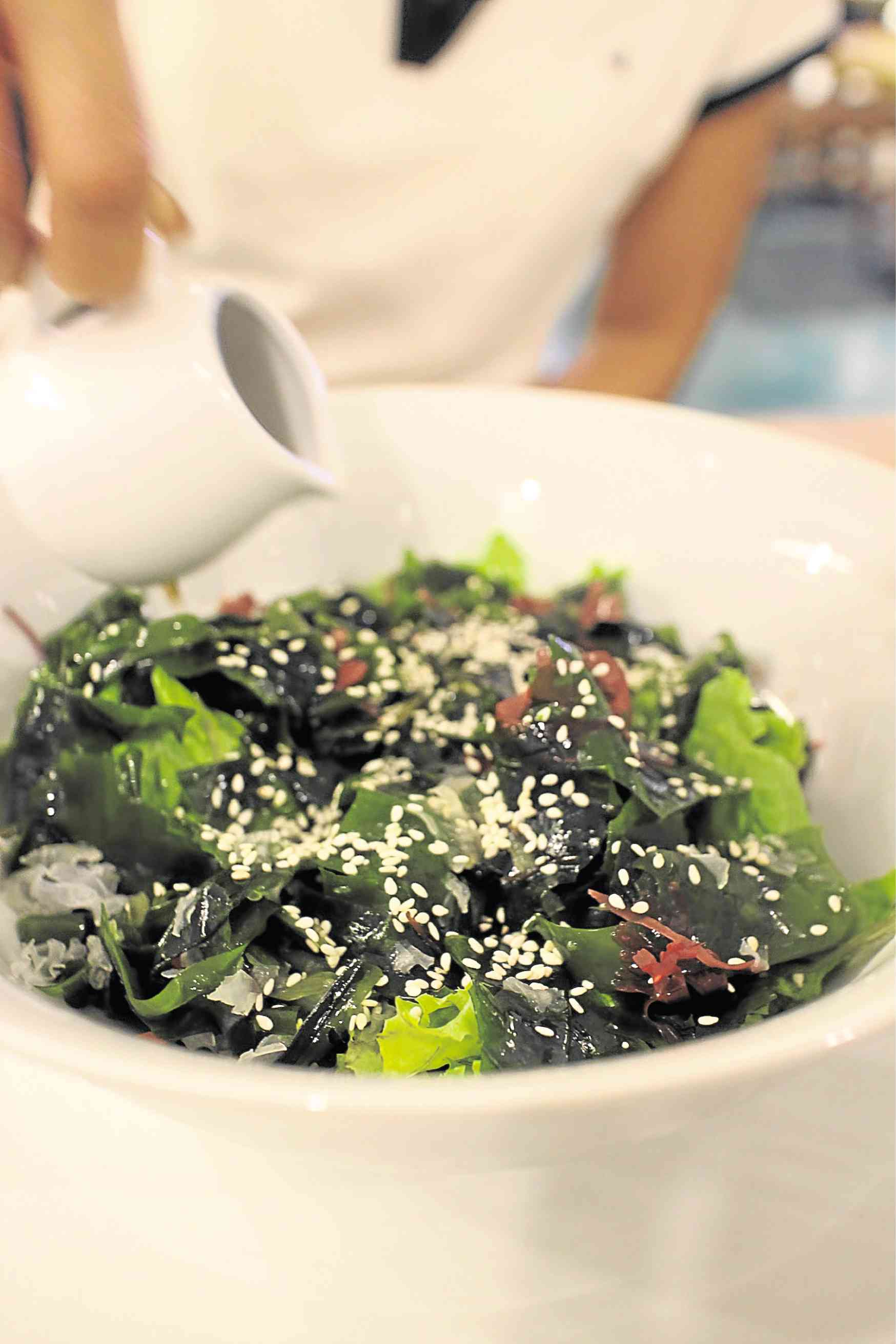 My personal favorite vegan/vegetarian restaurant is  Chiqui Mabanta’s Corner Tree Cafe, which, I am happy to share, has just opened at the Powerplant Mall in Rockwell.

I first wrote about Corner Tree way back 2009 when it opened on Jupiter Street in Makati. This restaurant feels like a house converted into a restaurant—the home of your Bohemian, music-loving, literary, vegetarian aunt (and uncle).

Corner Tree Rockwell has a different vibe. Located on the third floor of the new wing (same level as The Spa), it is much brighter with its white walls albeit still exuding a homey feel.

I am happy to share that the menu at the Powerplant branch seems to even be better than the menu at Jupiter, or at least the menu I remember from there.

Old favorites are still around, such as the vegetarian kare-kare. There are so many new choices now as well.

On my visit (they are still on soft opening), I fell in love with the spinach and pechay soup. It is simply pureed spinach and pechay but thickened with potatoes. The umay factor is erased by a touch of lemon. The menu instructs, “Don’t forget to squeeze the lemon wedge.”

The restaurant’s Japanese mixed seaweed salad is also brilliant. The seaweed gives the salad a touch of umami, with its gentle saltiness that immediately results in a “spark joy” moment.

The spinach lasagna, recommended by plant-based diet advocate Fr. Anton Pascual, while not strictly vegan because it has three kinds of cheese, is very delicious and is one of those dishes that will not make you feel like you are missing out on meat.

I have yet to try the tofu burger, but it looks promising.

They also serve delicious desserts. They have a vegan and gluten-free chocolate cake with dark chocolate tones that are fabulously very much defined. The vegan carrot cake is also deliciously moist.

You can also take home  a box of Crack Cacao Nib Cookies, which are also vegan and gluten-free. It feels like eating a healthy, dark chocolate fig newton. Pair the cookies with their Cafe Lipa custom blend coffee and you will surely be energetic the rest of the day.

The best thing about this place is you can come back every week and there will still be something new to try. The menu is quite extensive and owner Chiqui is always improving it. 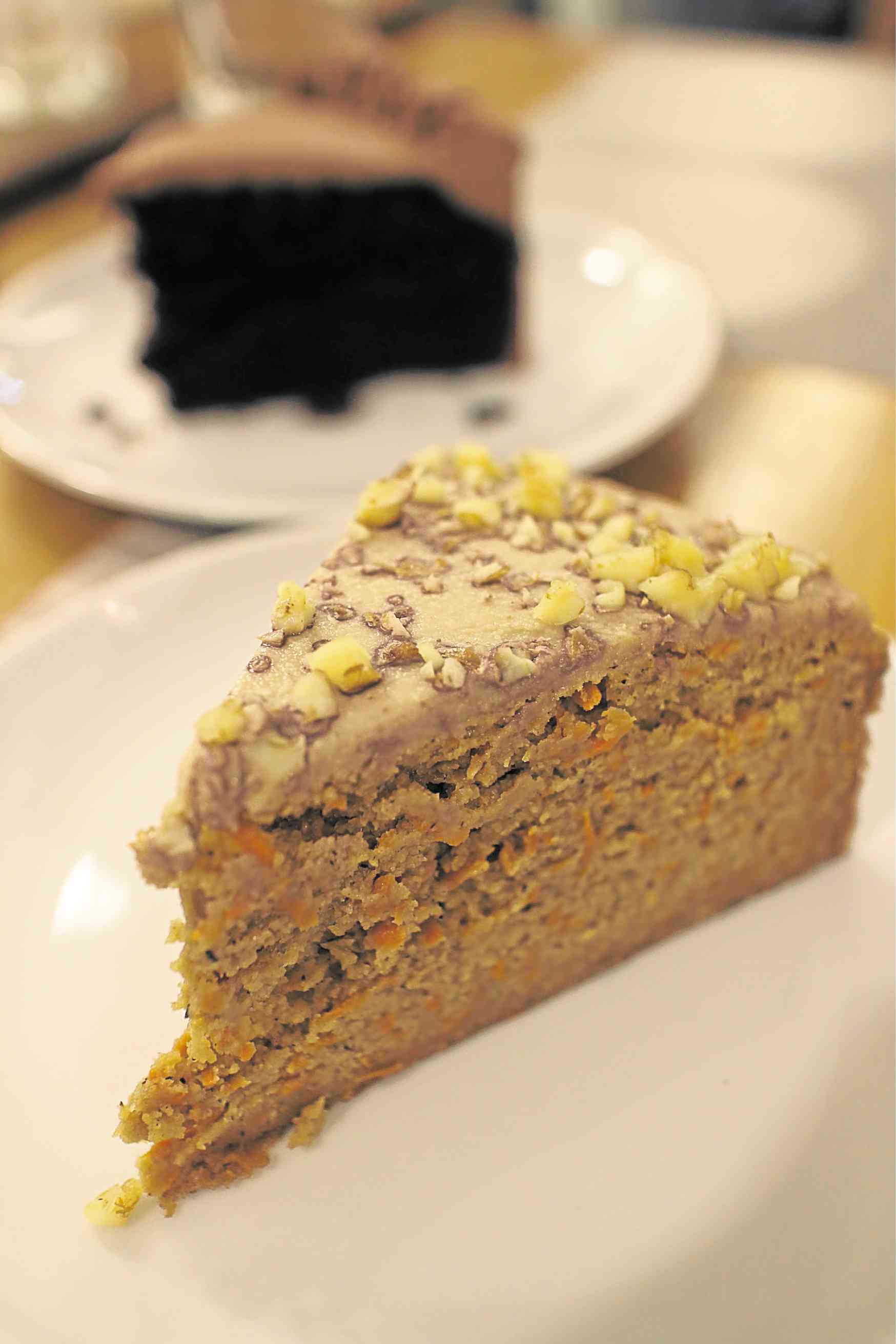 The irony of being vegan/vegetarian, though, is that in avoiding meat, you may end up getting fatter because you eat more rice and pasta. So the new challenge for me is to avoid those as well.

Incidentally, the sentiment to go plant-based seems to be resonating around the world. In the US, McDonald’s has introduced McVegan. The Economist, in it’s The World in 2019 issue, has claimed 2019 as The Year of the Vegan. It predicts veganism will go mainstream this year as the business of providing vegan meals booms.

Hopefully, with this newfound demand for plant-based menus, dishes and products, and the new culture of ethical eating, big businesses will seize the opportunity to promote healthy lifestyles and also really shift to ethical practices in the production of food.