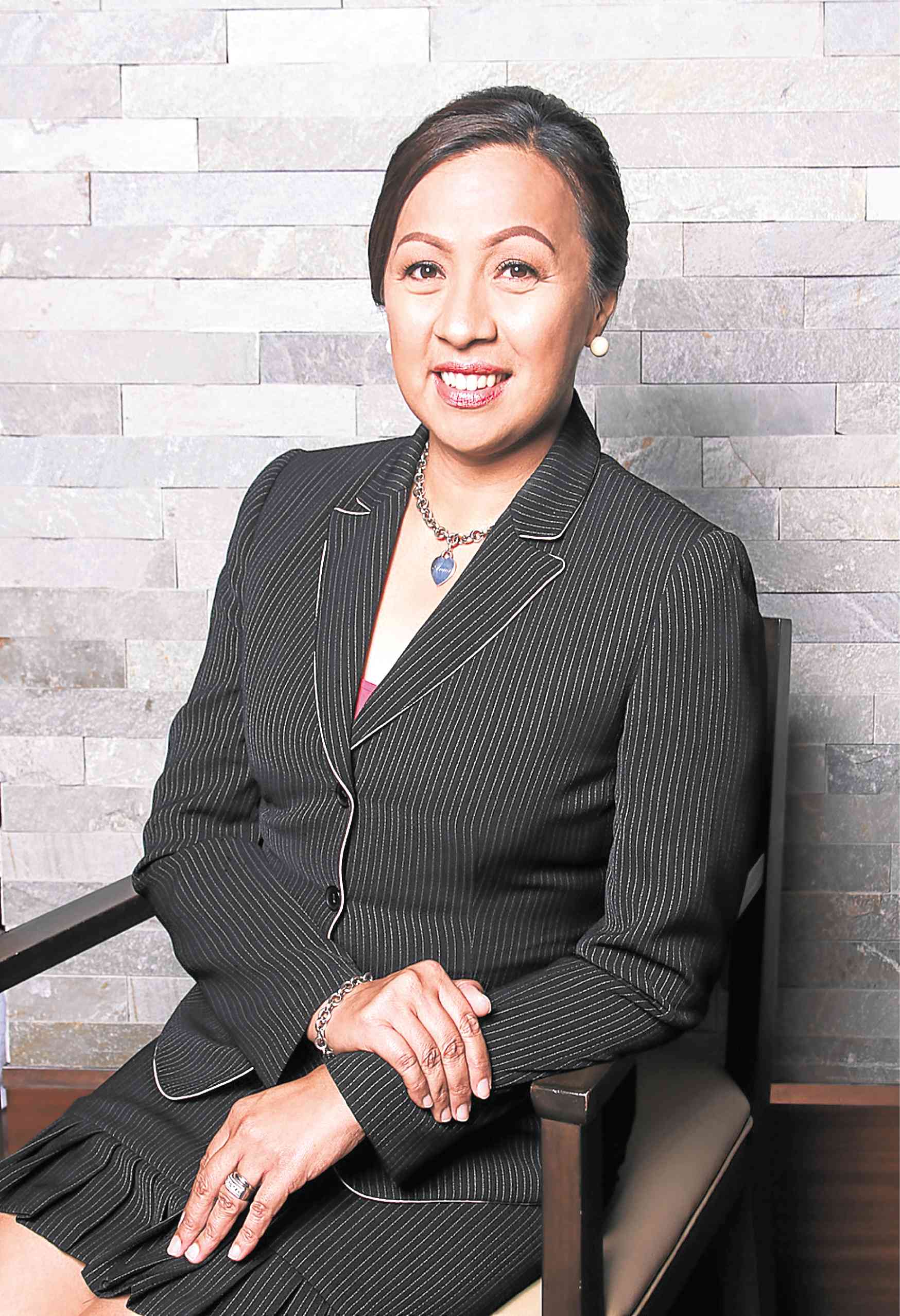 Sheraton Manila Hotel is making a comeback after 22 years.

Set to open early this year at the Resorts World Complex (RWC), the international brand will not only present its new DNA but it will also highlight its Filipino hospitality.

While most foreign five-star properties appoint expatriates as head honchos, it could be said that Anna Liza Vergara is the first Filipino general manager of a five-star international brand here.

It should also be noted there are other Filipinos in key positions including the executive chef, Francisco Santiago.

Outside of America, Sheraton is the largest brand by room count under the world’s top lodging company, Marriott International, Inc. The 81-year-old Sheraton brand has updated its positioning as the world’s gathering place. Lobbies will exude that plaza or town square ambience. There will be more spaces for networking, communal tables, privacy booths for guests to make calls, glass-enclosed meeting rooms and collaboration suites, which are intimate, partially enclosed areas, and a loft for special events or launches.

Then there’s the local touch. The hotel’s façade and interiors are designed by Filipinos and it will have a Filipino restaurant.

“We are under the premium classic portfolio of Marriott International—a full service hotel with traditional touches,” says Vergara. “Headed mostly by Filipinos, this is going to be a refreshed Sheraton. Guests will experience the vibrancy of the new brand. Our objective is that they are motivated to use the hotel as a meeting or gathering place. We want them to feel as if this is their second home.”

The 393-room Sheraton Manila is one of seven international brands under Travellers International Hotel Group Inc., owner and operator of RWC.

Although RWC is the country’s first integrated entertainment complex (consisting of gaming, retail, cinema, a convention center, accommodations and a chapel), it has evolved into a prime meetings, incentives, conferences and exhibition destination thanks to its grand ballroom.

Vergara explains the different categories of hotels cater to a wider market ranging from VIPs, executives and business travellers to convention participants.

Vergara has worked for the Marriott International Inc. for nearly 25 years under several brands. She was a pioneer employee of the then New World Renaissance Hotel, which was still under Marriott International. As director for room operations, she oversaw front office, laundry, housekeeping, recreation and technical aspects of the hotel.

“The position allowed me to dip into all aspects since I handled guest complaints. I [also] coordinated with engineering,” she says.

Known for her natural leadership and people skills, she was tasked to lead the preopening team of the 570-room Marriott Manila at RWC. As resident manager, she constantly updated herself with the engineering. When she became hotel manager, Marriott Manila received top ratings from TripAdvisor and the yearly brand audit. Seeing her potential, Marriott International groomed her for the top post under its general manager program.

“It allowed me to touch base with experts in engineering, sales and marketing, revenue, food and beverage and front office, where I had my roots. I sat with experts, picked their brains, and got information on what they did on a daily basis. It culminated in a panel interview with property leaders in Bangkok,” says Vergara. “The program gives you more confidence that you have more information than what you would have learned through on-the-job training.”

She also gained more experience with the preopening of the Marriott Grand Ballroom and Marriott’s annex, the West Wing.

As the Sheraton Manila draws closer to its opening, there are more meetings with the construction group. Vergara is the only female, albeit with an imperious presence, in the meetings, which includes Kingson Sian, the CEO and president of Travellers International, the architect and design team, contractors and operators who have become familiar with Marriott International’s exacting standards for safety, mechanical and electrical works and plumbing.

“The topic ranges from the big picture of the opening to small details like the programming of switches in the room,” she says.

On the service side, Sheraton Manila is putting weight on the Filipino team. “Our hospitality should be meaningful to the guests—not a cookie-cutter service. We aim to establish a rapport with them.”

On being a woman leader, Vergara says, “People call me ‘mother’ sometimes. My work requires me to build relationships, coordinate and organize while exuding warmth. Even without a title, women are naturally nurturing, and they pay attention to emotions. They are more sensitive to the overall work environment. It’s not that men can’t do that.”

She cites Marriott International chair, Bill Marriott, as the prime example of looking after associates. “It’s a culture where associates feel they are taken care of. When they are happy, they care for the guests. When guests are happy, they keep coming back. Our associates are top priority. In decision-making, everybody is involved. We offer a lot of initiatives where the voices of associates have been heard. The company also looks after their financial and spiritual well-being.”

Asked what has been her biggest challenge in her career, Vergara replies, “Challenging myself and making sure I perfect my craft.”

Her role as general manager is her biggest test to date.

“I have to open this property that is not just a hotel that would be known but also successful in the eyes of all stakeholders: Marriott International, Travellers Inc. International and the guests. It’s one thing to open a hotel with polished rooms and public areas, based on expectations. In the end, we will be measured by guests’ perception, how associates are engaged, revenues and how we compare to the market,” says Vergara.

Despite her busy schedule, Vergara has managed to balance her career and her family life. She credits her husband, Carlos, an entrepreneur, for adapting to her schedule. Carlos takes their two children to school and to their extracurricular activities and has dinner with them. She then catches up with her children before bedtime.

However, weekends are sacred. Vergara watches her son’s soccer and baseball games.

“The beauty of my work environment is that it allows me to bring my family here. New Year’s countdown is always spent at the hotel. The company supports women leaders. It understands that mothers have certain nonnegotiables. I’ve had to leave work early to watch my kids’ presentations. That is one of the ways how the company takes care of its associates,” she says. —CONTRIBUTED