Ring out the old, and ring in the new promises to, again, make healthier eating choices.

While three food entrepreneurs have noticed a shift in Filipinos’ dining choices, they also acknowledge the fact that there is much room for improvement, starting, for one, with how we educate the youth on nutrition.

“The next generation should realize that we have been misguided by the food pyramid, which has at the bottom carbohydrates—rice, breads, noodles—instead of vitamins and minerals—vegetables, vegetables, and vegetables,” says Zonito Torrevillas, founder of Nature Earth, which makes M2 Malunggay iced tea.

Torrevillas runs Nature Earth together with husband Jojo. She says their “main star,” M2 Malunggay iced tea, was created with kids in mind, specifically picky eaters who wouldn’t eat their greens. Made with malunggay, okra and ginger, the drink is popular among lactating mothers, who claim it helps boost their milk supply.

From just three employees, the company has grown to 39, and has around 900 distribution channels which include some of the country’s largest supermarkets. The brand has even made it to the United States, and will soon enter the London market.

“When I joined my husband in his keto journey, I had a hard time switching to a low-carb diet. I was always hungry. Since we have good bakers, we started to try making almond bread, but it was so costly that I was discouraged to get into it. Through research, I found out that coconut flour was a good alternative,” Torrevillas says.

She shares her secret when it comes to doing the keto diet: “EDD Happy,” or eat less carbs (more veggies), do the fast, drink healthy shakes (Torrevillas’ own mix: concentrate of blended blueberry with stevia and apple cider, to fight hunger pangs) and “be happy with everything you do, even when you’re hungry.” 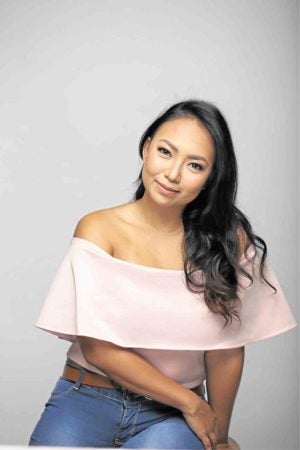 As with any diet, proper awareness is key, emphasizes Kakki Teodoro, founder of diet food delivery business Diet Diva. The host and theater actor says many Filipinos like to follow trends such as keto without educating themselves first on how to do it properly—something which Teodoro’s business specializes in.

“Filipinos are now health-conscious. What we need to increase is proper awareness, from verified sources. Usually, Pinoys use the internet as their source, and we know by now some information online can be fake news,” says Teodoro. “Diet Diva has its trusted pool of licensed nutritionists and dietitians (members of the Philippine Society of Nutritionist-Dietitians and Nutritionist Dietitians Association of the Philippines) so we can have proper knowledge of health and wellness.”

Established in 2012 as a response to the lack of healthy, affordable and convenient food delivery services available in Metro Manila, Diet Diva takes on a more personal approach when it comes to their customers. There is constant communication regarding their fitness goals, and Teodoro says that because she doesn’t believe in making dieting a difficult task, all of Diet Diva’s meals are full of flavor.

“For the record, rice still rules! We believe in rice as a carb source to fuel both mind and body. We should just watch our portions,” she says.

Diet Diva’s customers can choose among three programs: the signature Diet Diva plan at 1,200 calories daily, Lean Machine, or the high-protein program for men and a new program launched recently called GLOW—Gluten-Free, Low-Carb, Low-Salt, Low-Sugar. Sugar, more than rice, is one ingredient we should take in less, says Teodoro.

“Filipinos love sugar—and it is found in more food items like juices, soft drinks, sauces, milk tea and even ketchup and water! We have to read labels because even products branded as ‘healthy’ food items are loaded with sugar,” she adds.

What else to do to stay healthy? Take it from Chef Jam Melchor of sustainable diet delivery food service YesPlate, who dishes out these tips: say no to processed foods, as anything processed in unhealthy; do not skip meals, as the body needs to get used to digesting food; and avoid fried and fatty foods.

“I think Filipinos today are a lot more conscious about what they put on their plate. Continuous education should be practiced so we can make sure that both food issues and consumption are addressed,” he says.

Hailing from Angeles City, Pampanga, Melchor says he grew up surrounded by good food and great culinary inspiration. He opened his first restaurant Villa Café in 2011, serving modernized Kapampangan heirloom recipes. This was followed by Bite Contemporary Cuisine in 2012, which was known for its organic dishes and its advocacy for sustainability. In 2013, he established Healthy Eats Manila, now known as YesPlate.

From 2013 to 2015, Melchor was commissioned by the government under the Department of Agriculture to be the chef ambassador representing the country at the Asean Roadshow Linamnam!: Flavors of the Philippines. This paved the way for him to convene the Philippine Culinary Heritage Movement, which is dedicated to the promotion and preservation of the Philippine culinary heritage and gastronomy.

He says his dream for Filipino cuisine is for it “to be fully recognized by our own countrymen as part of our culture.”

He cites, as part of our dining culture, Filipinos’ eating habits, which, Melchor says, do not conform to the “three meals a day” concept.

“That does not really exist in the Filipino diet. Oftentimes, Filipinos eat midmorning and afternoon. Personally, I don’t see any problem with that. I think it’s just the choice of food/meals. We should learn to choose the right kind of food and know where our food comes from,” says Melchor.

That’s one thing which he says makes his diet food service sustainable—they make everything from scratch, and are, therefore, aware of where everything is sourced.

It’s a practice one can apply when preparing his or her own meals, should one really be dedicated to eating better.

“You really need to make an effort,” he says.