what’s in store for PH real estate sector in 2019

Uncertainties in proposed tax policies and a volatile interest rate regime may dampen what could be a more robust growth for the Philippine real estate industry in 2019.

“Amid the slower economic growth in the first nine months of 2018, the property sector has remained resilient with major segments such as office and residential poised for record-high demand and supply in 2018. However, we see challenges ahead,” said Colliers International Philippines in a report entitled, “Top 10 forecast for 2019: Flexibility is the name of the game.”

These headwinds, according to Colliers Philippines, include rising interest rates which could dampen low to mid-income residential demand over the next 12 to 24 months, and rising inflation, which may further curtail consumer spending.

It also pointed out the uncertainty surrounding the implementation of the second package of the Comprehensive Tax Reform Program—a measure proposing to reduce corporate income tax rates and rationalize tax and non-tax perks granted to foreign investors.

Other challenges, it added, include delays in construction due to acute shortage of skilled workers, as well as right-of-way issues obstructing the construction of vital infrastructure
projects across Metro Manila.

Amid these headwinds, the Philippine property sector is expected to see new factors coming into play, driving demand and pushing growth across segments next year. These emerging trends are seen to compel industry players to adapt to these changes to better suit the market.

“For the Philippine property market in 2019, flexibility will be the name of the game,” Colliers Philippines stressed.

“The strong demand and evolving preference of tenants is giving rise to flexible workspaces; residential developers are tweaking their projects to cater to Chinese offshore gaming employees and local professionals; and mall operators are more open to foreign food and beverage (F&B) and home furnishing tenants, which we see redefining retail space absorption in 2019. Developers are also cashing in on the thriving property market by aggressively acquiring parcels of land outside of the more established business districts,” it explained.

Here, according to Colliers, are the top 10 highlights that will define the Philippine property landscape in 2019. 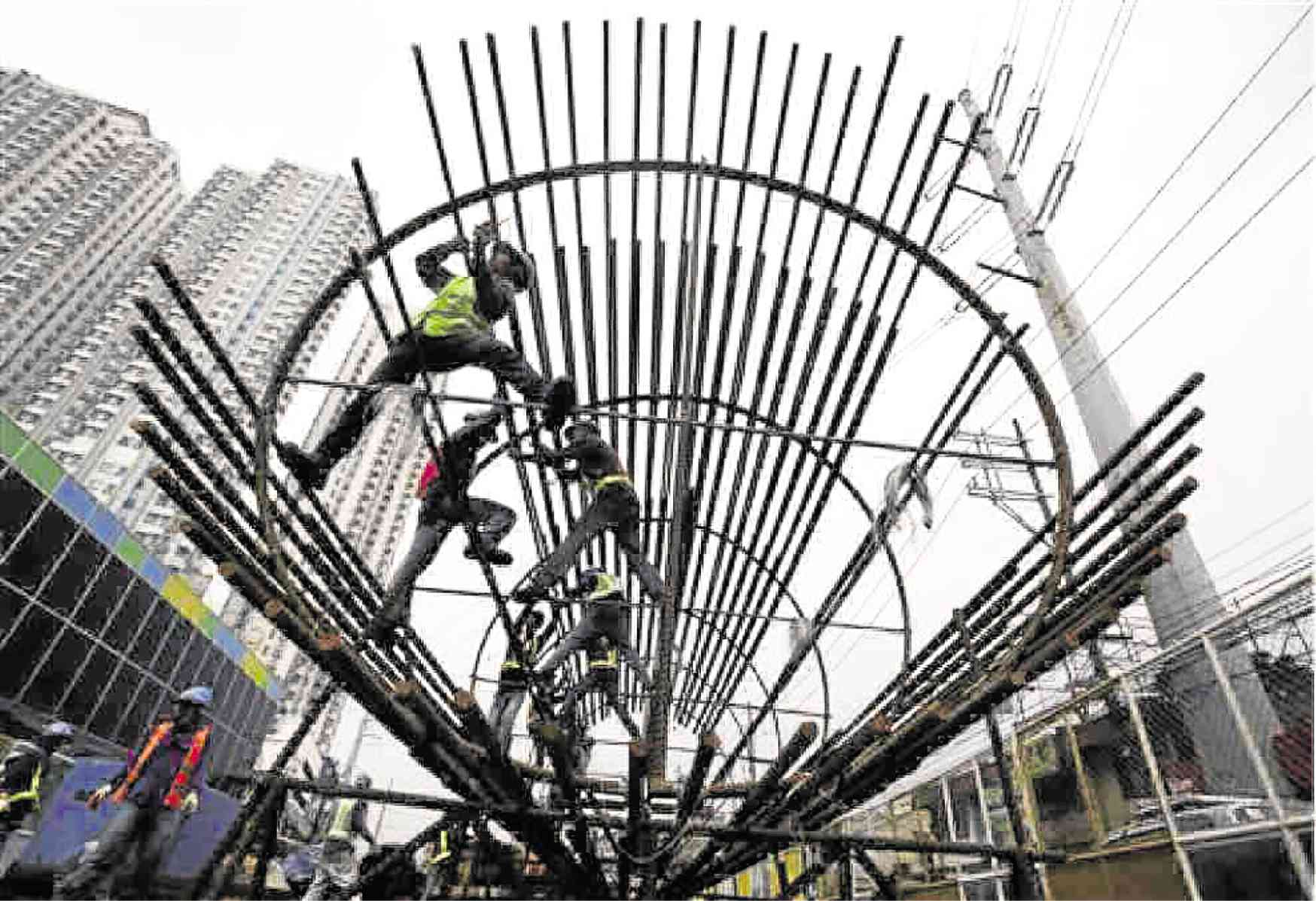 Colliers said it expects the government’s plan of frontloading infrastructure projects dictating the strategies of developers in and outside Metro Manila. Hence, it also sees a more pronounced dispersal of office and residential developments outside Manila in 2019.

“Colliers believes that property firms will be more aggressive in acquiring parcels of land in Northern and Southern Luzon and ensure that they are strategically positioned, especially in Pampanga, Bulacan, Cavite, Laguna and Batangas. Developers’ expansions should be supported by the completion of rail, expressway and toll road projects between 2020 and 2022 that are planned to pass through these provinces,” it said.

Colliers said it is expecting Manila office vacancy to hover around 5 percent by end-2018.

“We see strong demand being carried over to 2019, with projected demand to move in step with the new supply. Over the next 12 months, Colliers sees the delivery of nearly 1 million sqm of new office space and take up of about 910,000 sqm. This should yield a vacancy of 5.4 percent by end-2019. About 30 percent of office space due to be delivered in 2019 is already about 30 percent pre-leased,” it said.

The knowledge process outsourcing (KPO) sector—which provide higher value outsourcing services such as health information management, software engineering, and finance and accounting—is seen to drive office demand in the next 12 months. Such demand is boosted by the presence of top technology firms in the country such as Google, and the improvement in Metro Manila’s ranking in the latest Tholons global outsourcing survey. 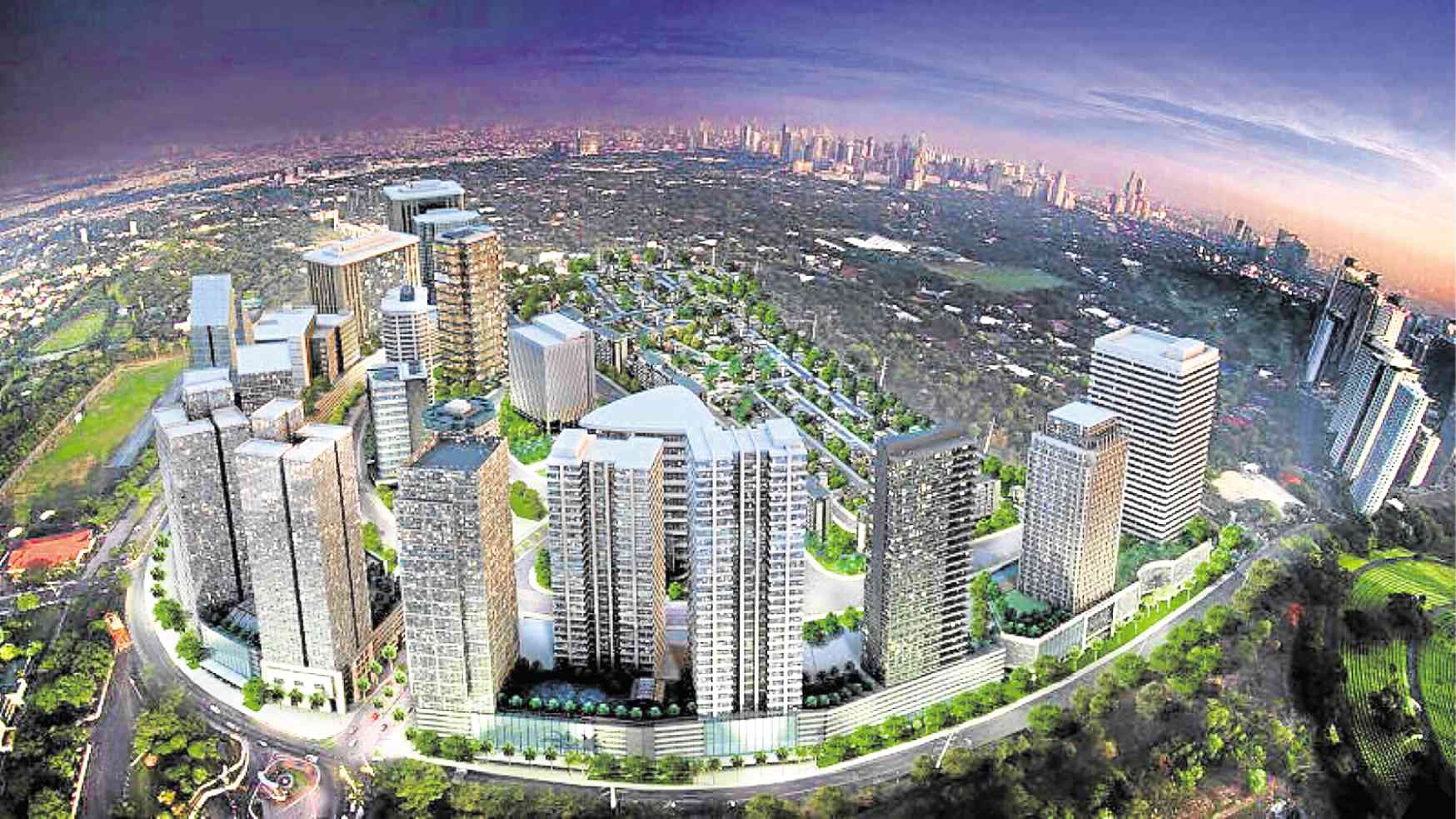 3  Offshore gaming to expand outside Manila

“We encourage new and expanding offshore gaming companies to continue looking for space in Cebu, Pampanga and Laguna where bulk of large space is still available,” it said.

“Aside from expansive office space and residential availability, offshore gaming companies need to operate in cities that have airports offering direct flights to China or areas that have direct access to and from Manila. This is one of the reasons why these firms are starting to look at a number of cities in Southern Luzon,” it added.

The tight Metro Manila office market—coupled with the emergence of a mobile workforce and firms’ drive to bring down operating costs —has given rise to another office sub-segment: the flexible workspace.

“We see Manila’s flexible workspace stock expanding by at least 10 percent per annum over the next three years on the back of continued rise of micro, small and medium enterprises ; influx of multinational corporations and outsourcing firms looking for plug-and-play offices; and the implementation of a set of policy reforms likely to improve the country’s business climate,” Colliers forecasted.

“Over the next three years, we expect more flexible workspaces to be offered in malls, hotels, residential towers and dormitories for professionals,” it added. 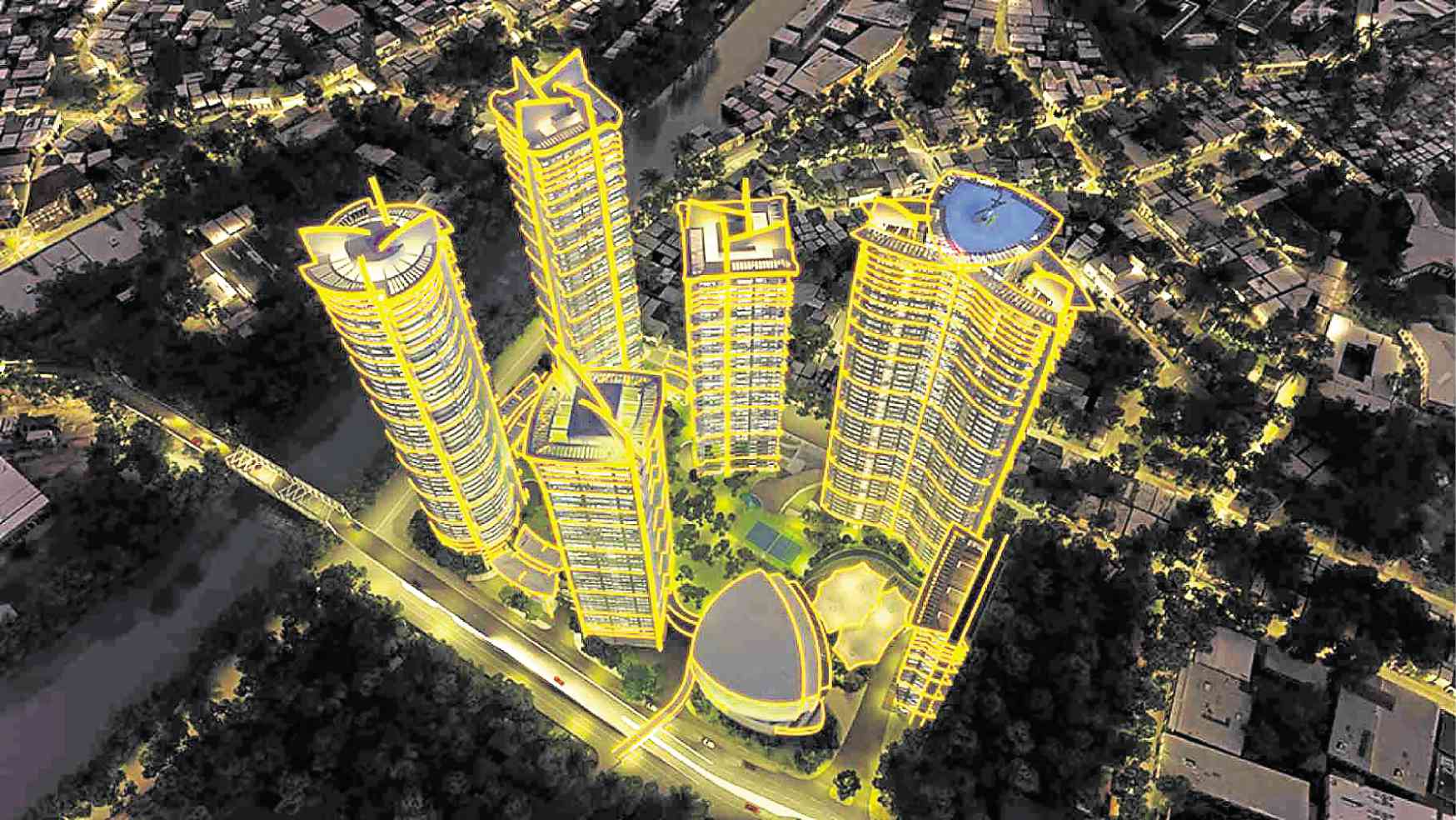 In the third quarter of 2018, the Bay Area overtook Ortigas Center as the third largest submarket in terms of condominium stock, with 200 more residential units available compared to Ortigas Center.

In 2019, Colliers said it sees the completion of more than 6,000 new condominium units in the Bay Area out of the projected 15,000 new units. It also expects Bay Area to overtake other submarkets such as Makati central business district by 2021.

Colliers expects the luxury condominium demand to remain strong as Metro Manila continues to have one of the most attractive rental yields in the region, relatively low prices and sustained demand from affluent Filipinos, foreign investors and offshore gaming firms.

The luxury market in the country’s capital is relatively small but demand has been stable over the past few years. The projects being leased out or sold to the secondary market continue to receive strong demand.

Pent-up demand also encourages mid-income condominium developers to scale up and construct high-end projects in emerging business districts such as the Manila Bay Area. One luxury project that will be built along Ayala Avenue in Makati is expected to breach the P400,000-per-sqm price point.

Colliers believes that the food and beverage (F&B) segment will remain the major driver of retail space absorption in Metro Manila over the next 12 months. This can be attributed to continued inflow of remittances from overseas Filipino workers and rising disposable incomes, coupled with a stable macro-economic backdrop.

A number of foreign F&B brands such as Popeye’s, Panda Express and Shake Shack are reportedly opening branches in Manila over the next 12 months and are seen to contribute to greater retail space absorption across the country’s capital.

Colliers said it sees sustained demand for home furnishings given the increasing popularity of condominium living in Metro Manila. Nearly 60 percent of projects launched in the third quarter of 2018 are studio and one-bedroom units.

It pointed out that prices of pre-sale condominiums in the reclaimed business district have been rising by about 30 to 80 percent since being launched early last year. This, according to Colliers, is indicative of the spending profile of tourists and foreign investors in the area.

“Colliers believes that the Bay Area is ripe for more high-end F&B, footwear and clothing brands. Prada, Givenchy and Salvatore Ferragamo have opened shops in Solaire casino. The area continues to attract high-end retailers and we see more luxury brands opening shop in the reclaimed business district over the next 12 months,” it said. “The completion of new malls in the Bay Area such as Aseana mall is an opportunity for operators to house luxury retailers.” 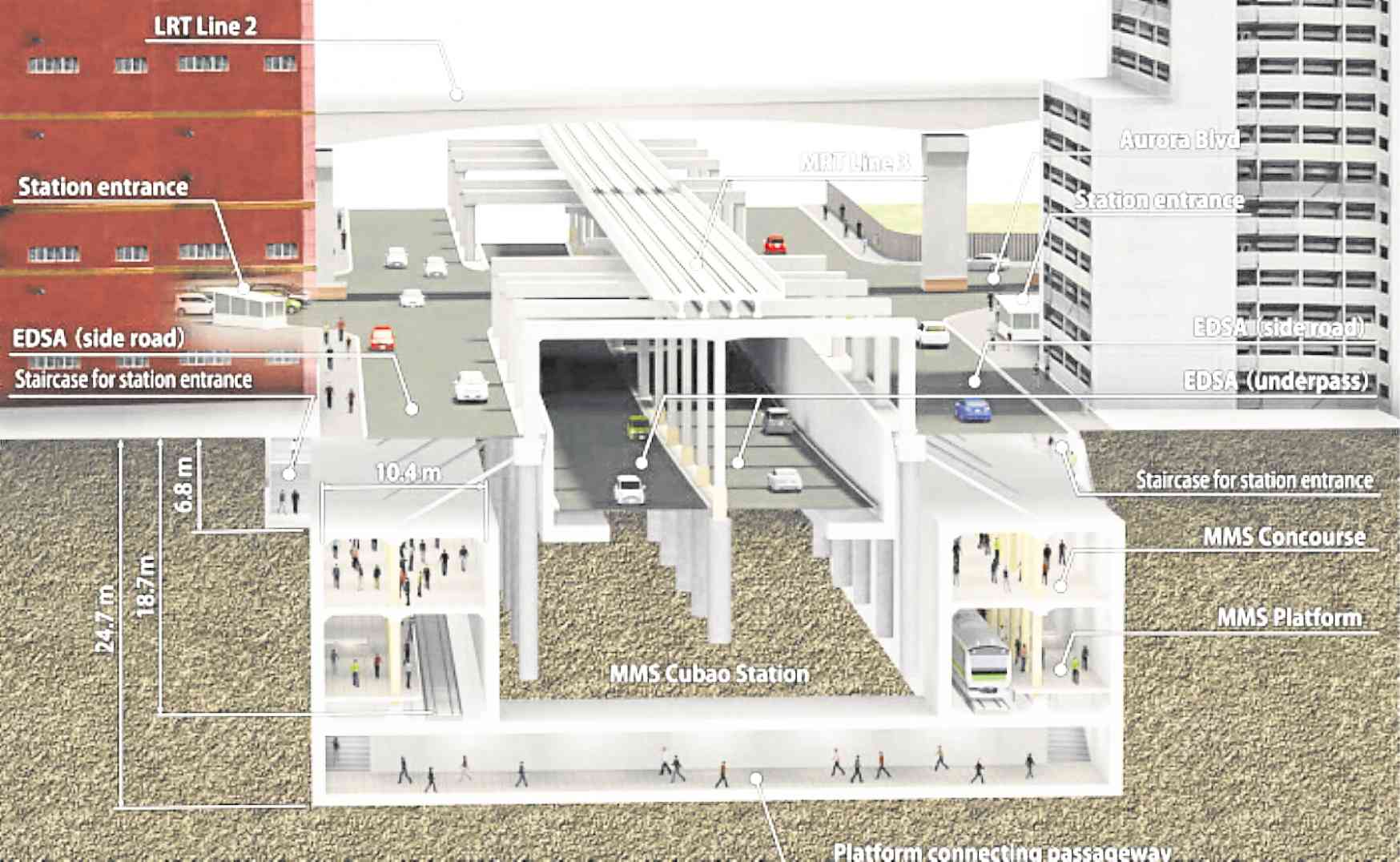 Uncertainties in proposed tax policies and a volatile interest rate regime may dampen what could be a more robust growth for the Philippine real estate industry in 2019.

The groundbreaking for the Manila subway, the most expensive project approved by the government, is planned in December 2018, with the first three stations in Quezon City—Mindanao Avenue, Tandang Sora and North Avenue—due to be completed in 2022.

“Colliers sees Quezon City benefiting from the planned subway as seven of the 13 stations are planned within the city. With improving connectivity given the construction of the Manila Subway, MRT-7 and the common LRT-MRT station, we see Quezon City becoming more attractive for mixed-use projects that feature office, residential and retail projects,” it said.

Aside from the modernized and expanded airport, Colliers said it sees Cebu’s tourism sector growing due to a number of infrastructure projects which should open new opportunities in the countryside. The completion of these projects should spur demand for more hotels and serviced apartments outside the Metro Cebu (which comprises Cebu City, Lapu-Lapu and Mandaue) corridor.

Over the next 12 months, Colliers expects property firms to take a more aggressive approach in exploring parcels of developable land especially in the Mandaue and Mactan areas, which are seen as highly viable for resort-oriented townships.

Read Next
Foreclosed property as an option
EDITORS' PICK
Karding damage to infrastructure at P23M
Reignite your passion with the vivo Y35
Bongbong Marcos says PH ‘open for business’ with new Clark Airport terminal
House energy committee chair Arroyo bats for cheap electricity
Sierra Madre stands up to Karding, but needs protection vs the humans it saves
UNFPA Philippines Career Opportunities
MOST READ
Angelica Panganiban ‘duguan, sugatang mom’ one week into breastfeeding
LPA enters PAR, may develop into tropical depression
Badoy not with Office of the President, NTF-Elcac, under Marcos admin — solon
Kris Aquino offers help for Lolit Solis’ dialysis needs amid her own illnesses
Don't miss out on the latest news and information.