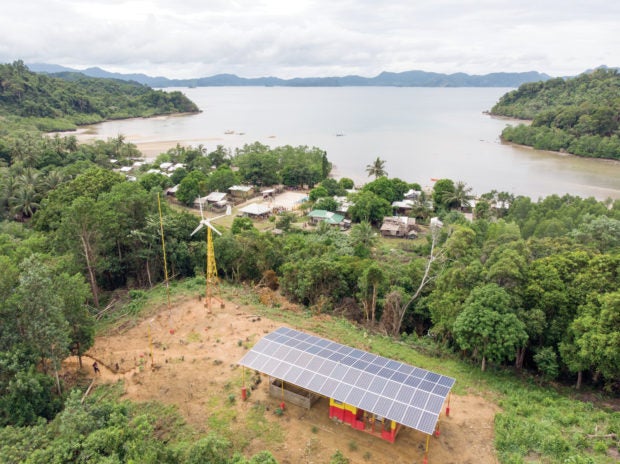 PALAWAN—Building boats had been the main source of income of Bernardo Montilla’s family of six in the last 15 years.

Working with his own generator set as power source, it usually took him two months to finish one project in his home in Binaluan village in Taytay.

Nowadays, with power coming from a microgrid system built by Pilipinas Shell Foundation Inc. (PSFI), Montilla’s livelihood got a significant boost, lowering his production cost and allowing him to finish more projects within a shorter period.

“I have been making boats for 15 years, but it’s only now I felt ease at work. Huge thanks to Pilipinas Shell Foundation Inc., I can save a lot of time and money,” Montilla said.

The Montilla family is just one of over 70 living in Binaluan that never had access to the electricity grid of mainland Palawan, but are now enjoying the benefits of a microgrid that produces energy from combined sources including solar and wind power.

The project, dubbed by Pilipinas Shell Foundation Inc. as Sinag (Save, Invest, Nurture, Access to Green Energy and Technologies), has connected the entire remote coastal community to electric power.

On Nov. 15, PSFI formally inaugurated the project along with similar initiatives in remote areas of Taytay and El Nido in northern Palawan.

As most of Palawan’s remote areas still do not have access to electric power, PSFI has been undertaking an expansive program it calls Access to Energy, to provide alternative power sources to remote areas, particularly those they describe as “impact areas” of Shell’s Malampaya Gas project.

The Sinag microgrid is comprised of a 15-kilowatt solar array, with five kW coming from a wind turbine and a standby 33 kilovolt-ampere diesel generator set as backup power when there is no sunlight nor wind.

Before Access to Energy, Montilla used to work with a three kVA generator that costs him P4,000 a month to operate.

Now, through the Sinag project of PSFI, he only pays a maximum of P600 a month to the Binaluan Electric Association.

A regular household pays a minimum of P300 a month.

This is to save for the next battery they would have to buy in the next five to seven years.

“Not only did they give us power, Pilipinas Shell Foundation Inc. opened new doors of opportunities for us. Having electricity was something most of us only used to just wish for,” Maria Fe Molato, another local resident, said.

PSFI also inaugurated a similar project but on a smaller scale in Sitio Logpan, Barangay New Ibajay, a remote coastal community where only kerosene lamps light up homes at night.

The use of firewood for cooking was also common in the absence of electricity services.

Marvi Trudeau, PSFI’s program manager, said the Sinag Kiosk in Sitio Logpan was funded by their mother company, Shell Global, after they won in a grants competition against hundreds of other applicants worldwide.

“Last year, we joined the contest. We were shortlisted, but we did not give up on it. This year, we had to try again, and we looked into the criteria very carefully and we said that we want to try it again. Luckily for us, out of the 127 entries that were provided, we were one of the three that were chosen as winners,” he said.

Aside from electricity, some remote communities in Palawan were also provided access to clean water.

Prior to the intervention of Shell, communities got their water from an open well, putting them at constant risk of contracting waterborne diseases. 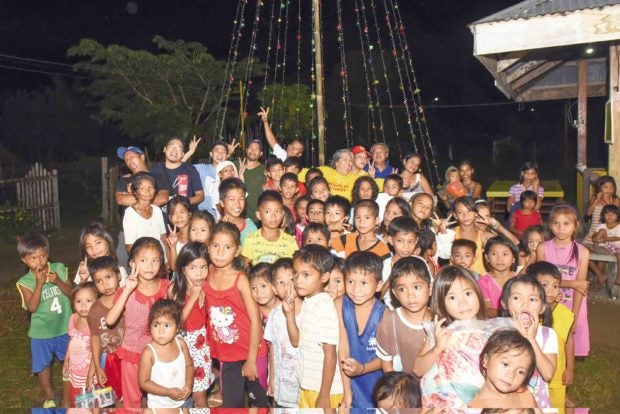 Now, through Access to Energy, Sitio Logpan has access to drinking water with the help of Sinag Kiosk, powered by accessible and renewable resources.

Shell has helped power such facilities as a refrigerator for storing cold drinks and ice, stoves, and a television so that the community can catch up on news or their favorite primetime series.

Sinag, an Access to Energy project powered by PSFI, proves that there are answers to the energy problem in Palawan, and these are renewable energy resources.