Grab’s acquisition of Uber may have broken law in Vietnam 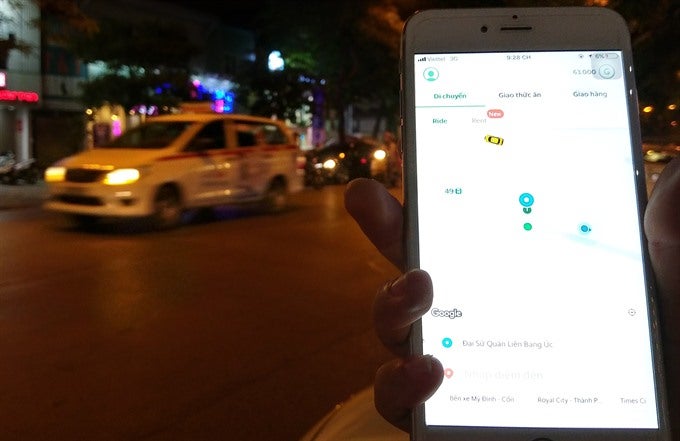 HANOI —  Grab’s acquisition of Uber may have violated the Competition Law, according to the Vietnam Competition Authority (VCA).

The VCA on Wednesday said it had completed an investigation into the acquisition and transferred its conclusions to the Vietnam Competition Council for consideration.

The investigation found that Grab did not notify its purchase of Uber to market regulators and the deal could make Vietnamese taxi companies vulnerable due to a smaller market shares and changes in customer habits.

The two violations are stated in sections 5 and 6 of Chapter 5 of the Competition Law.

The VCA added that within 30 days from receiving the documents, the council could make one of two decisions: returning the file for additional investigation (within 60 days) or suspending the case and open a hearing to issue a decision on the handling of the case.

Grab announced on March 26 it had purchased Uber’s operations in Southeast Asia, including Vietnam.

Following the merger, Uber now holds a 27.5 percent stake in Grab, while Uber’s CEO has joined Grab’s management board.

The VCA has sent a dispatch to Grab requesting information and documents related to the acquisition.

However, Grab claimed that since the combined market share of both Grab and Uber in Vietnam was less than 30 percent, it did not have to inform the competition authority before proceeding and completing this transaction in Vietnam.

The VCA held a working session with Grab’s legal representative on April 6, but the firm failed to provide evidence proving its claim.

Grab is one of the most frequently used O2O (online-to-offline) mobile platforms across 195 cities in Southeast Asia. More than five million people use the combined platform daily.

If the concentrated share of parties accounted for 30 to 50 percent of the market without informing the VCA before an acquisition, firms would be fined 10 per cent of their total revenue from the previous financial year. If the rate was more than 50 per cent, the transaction would be prohibited, the VCA added.

Read Next
PCC probes deeper into Razon’s ICTSI deal with MNHPI
EDITORS' PICK
Start the year right with sustainable oral hygiene with SPLAT’s eco-friendly natural toothpastes
Experience Terreno South’s refreshing take on thriving lifestyles
No to ‘negativity’: Marcos Jr. to only do ‘unbiased’ interviews
BBC StoryWorks and TECNO make short film about inclusive mobile camera innovations bringing people together
DOH warns vs improper use of antigen test kits
DOH: More beds needed than oxygen, ventilators
MOST READ
No to ‘negativity’: Marcos Jr. to only do ‘unbiased’ interviews
If she weren’t running for President, Robredo says she would vote for Pacquiao
‘Not corrupt’: Lacson says he admires Noynoy Aquino of all PH presidents
Comelec: No reason to cancel BBM’s COC
Don't miss out on the latest news and information.