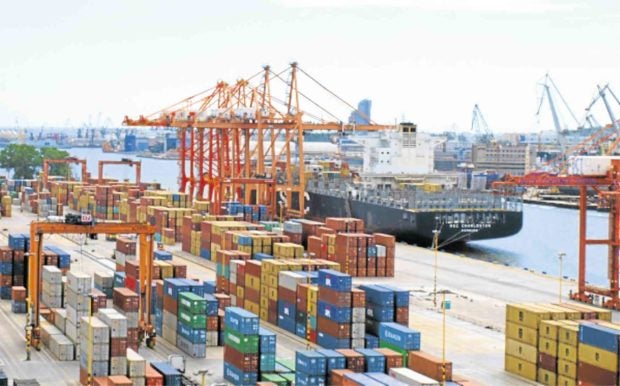 The country’s antitrust body wants to see if the International Container Terminal Services, Inc. (ICTSI) will be more likely to foreclose competitors after increasing its share in Manila North Harbour Port, Inc. (MNHPI).

In a statement on Thursday, the Philippine Competition Commission (PCC) said it is having a deeper look into the proposed acquisition by billionaire Enrique Razon, Jr.’s ICTSI.

The deal involves ICTSI’s plan to increase its stake in MNHPI to 50 percent, making it the single largest shareholder in the country’s biggest domestic port.

In essence, PCC wants to see how the deal would increase the likelihood that both players will foreclose competitors in certain markets, such as in transhipments, wherein containers or goods are shipped to one location before shipping to another.

PCC reviews mergers and acquisitions that are deemed large enough to affect competition. This review is done in phases, depending on the implications and the complexities of the deal.

In this case, PCC has already done phase 1 review of the transaction, but it needs a more detailed analysis of the situation and additional information from the companies and other stakeholders.

Phase 2, which is done when more information is needed, started on Nov. 15. This means the deal could not push through at least until PCC finishes its phase 2 review of the transaction, which could take as much as 60 days.

“Particularly, PCC’s merger review office seeks to investigate whether the transaction enhances the ability and incentive of the involved firms to engage in foreclosure of competitors where vertical relationships between the ICTSI and Manila North Harbour operations are present, including transshipments,” PCC said.

This, however, does not mean that PCC already has a definitive finding that market competition would hurt because of the deal. This only means that a closer look into the deal is needed.

“The initial market investigation conducted by MAO [Mergers and Acquisitions Office] indicates that the transaction may affect the port industry, particularly the markets for the provision of port operation and transshipment services in the Port of Manila,” PCC said.

ICTSI is a port management company dealing with international shipments and operating in various countries. On the other hand, MNHPI operates the Manila North Harbour which services domestic cargoes in the Port of Manila.

In the Philippines, ICTSI operates in Laguna, Olongapo, Batangas, Davao, Cagayan de Oro, and South Cotabato. It also owns and operates the Manila International Container Terminal which services international cargo from the Port of the Manila.

MNHPI a subsidiary of SMHC, a company owned by San Miguel Corp., which is a Philippine conglomerate with interests in food and beverage, packaging, properties, fuel and oil, energy, infrastructure, and banking industries. The ultimate parent entity of San Miguel is Top Frontier Investment Holdings, Inc./ac