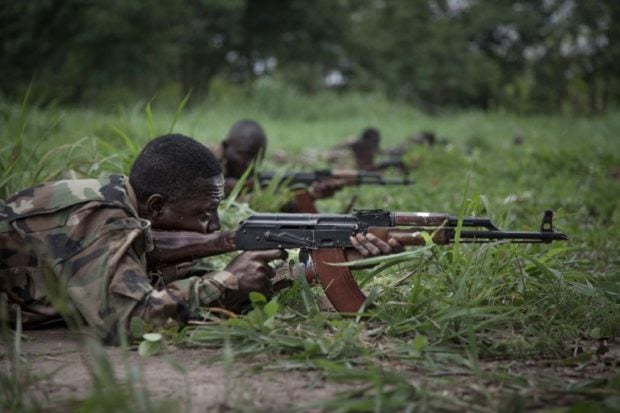 “Russian companies have experienced significant growth in their arms sales since 2011,” Sipri senior researcher Siemon Wezeman said in a statement.

“This is in line with Russia’s increased spending on arms procurement to modernize its armed forces.”

Russia had 10 companies on Sipri’s list of the world’s “Top 100” arms-producing and military services companies in 2017, accounting for 9.5 percent of sales. The 10 companies’ sales totaled $37.7 billion ($33 billion euros), Sipri said.

That put Russia in second place, a position that had been held by Britain since 2002.

The United States topped the list with 42 companies and sales up by two percent to $226.6 billion — accounting for 57 percent of the Top 100’s arms sales.

“US companies directly benefit from the US Department of Defense’s ongoing demand for weapons,” said Aude Fleurant, the director of Sipri’s Arms and Military Expenditure Program.

US company Lockheed Martin remained the world’s largest arms producer in 2017, with sales of $44.9 billion, the think tank said.

For the first time, a Russian company appeared in the list of the top 10 arms producers: Almaz-Antey, which increased its sales by 17 percent in 2017 to $8.6 billion.

The institute also noted that sales by Turkish companies rose by 24 percent in 2017, reflecting Ankara’s “ambitions to develop its arms industry to fulfil its growing demand for weapons and become less dependent on foreign suppliers,” another Sipri researcher, Pieter Wezeman, said.

The figures exclude China, for which figures are not available, Sipri noted. /cbb