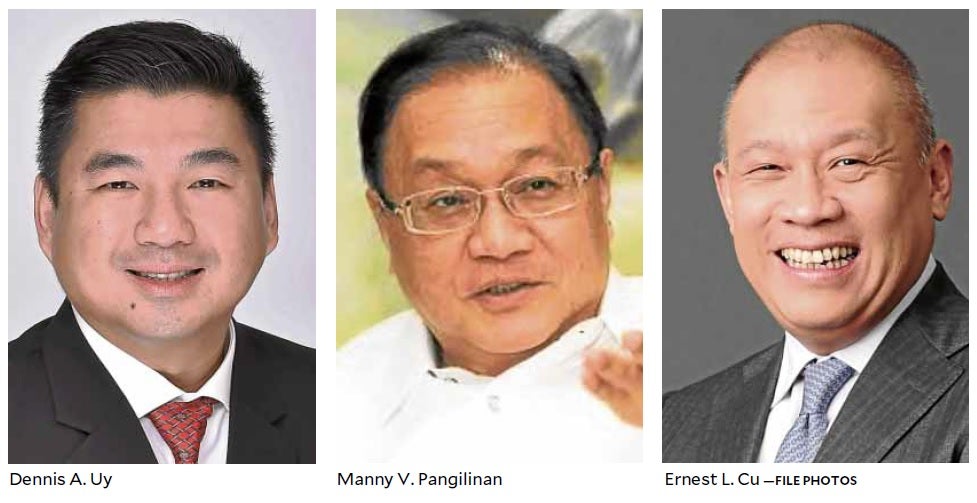 The selection of a new major telecommunications player, which eventually yielded a venture between a Chinese firm and a friend of President Duterte, has been a magnet for controversy.

Even before it was confirmed as the third telco, the venture known as Mislatel Consortium had faced a near-endless stream of criticism, from the unfounded allegations it partook in a rigged selection process to valid national security concerns given the sometimes bitter territorial dispute between the Philippines and China in the West Philippine Sea.

Those issues were amplified by Mr. Duterte’s sweeping foreign policy shift toward China and away from traditional ally, the United States.

Questions also linger about the ability of Mislatel, backed by China Telecom and businessman Dennis A. Uy’s Udenna Corp., to meet tough roll out commitments while going head to head versus incumbents PLDT Inc. and Globe Telecom, which dominate the Philippines’ mobile market of over 100 million people.

And then there are the legal challenges on the horizon.

Philippine Telegraph & Telephone Corp. (PT&T) filed a case before the Supreme Court seeking to overturn its disqualification while another bidder, a venture backed by Ilocos politician Luis “Chavit” Singson, is moving to disqualify Mislatel for an alleged breach of contract violation with the latter’s franchise holder.

In between those business, legal and national security issues, Mislatel also has to succeed in the crucial goal of winning over customers like Dennis Franilla, a Manila-based business process outsourcing worker.

Franilla said he has to contend with spotty internet coverage that prevents him from getting in touch with his family in Surallah, South Cotabato, in Mindanao or his best friend in the US.

“I use video calling a lot. Most of the time, I use Facebook Messenger or Skype. If the internet is down, none of these work,” Franilla told the Inquirer.

The experience of Franilla underscores one of the biggest challenges and opportunities for the telcos: the explosive demand for mobile internet, a segment that shows no signs of slowing down.

These days, video services such as internet TV are leading the way, prompting PLDT and Globe to spend more to catch up with demand. For 2018 alone, both are spending over P100 billion for both mobile and fixed-line upgrades, an industry record.

The arrival of a new major telco player comes amid the public clamor for faster internet and lower prices. The initiative is linked to the promises made during the days of Mr. Duterte’s 2016 campaign.

The establishment of a third telco would put an end to the PLDT and Globe duopoly that has prevailed since 2011. That was the year PLDT acquired the operator of Sun Cellular, thereby starting a price war with its unlimited call and text promos. This followed the tradition of dominant players buying out smaller competitors, typically for their frequency holdings.

The pressure is on for Mislatel to meet, or even exceed, the expectations of the Philippine market and, at least, match the investments poured in by the duopoly.

Based on its offer to the government, Mislatel had promised to spend around P257 billion in five years. By the first year alone, it should have a population coverage of 37 percent and a minimum average internet speed of 27 megabits per second (Mbps). Coverage should climb to 70 percent by year No. 3 and 84 percent by the end of the fifth year.

After the first year, it should offer an internet speed of 55 Mbps. This compares to the Philippines’ current mobile speed of 6.03 Mbps as measured by OpenSignal last September.

“These are very aggressive numbers but we believe we can achieve this,” Adel Tamano, Mislatel spokesperson, said during a Senate hearing on
Nov. 27.

Following its confirmation as the new major telco player last Nov. 19, Mislatel has 90 days to complete a post-qualification round before it can be issued the required license to operate a set of 3G, 4G and potential 5G radio frequencies to launch mobile services.

While Udenna, a holding company with interests in energy, logistics, property and education, has no experience in the telco sector, China Telecom is a credible partner. As China’s third largest mobile player, it controls a market of about 250 million mobile subscribers with annual operating revenues that topped $50 billion last year.

In the government’s third telco initiative, the price of failure is steep.

The rules of the National Telecommunications Commission (NTC) require the winner to post a 10-percent performance security, which in the case of Mislatel would amount to an initial P25.7 billion. The repeated failure of its commitments, which would be audited annually, would result in the forfeiture of the bond and the recall of its frequencies.

The third telco would also lose its frequencies if it merged with a dominant player like PLDT or Globe, thus, discouraging the buyout of rivals that has been a business strategy used previously.

Even then, some analysts doubt the business viability of a third telco, citing the massive spending by the incumbents and the gradual drop in data prices.

“This makes it even more difficult for the third telco to be profitable,” said an analyst who declined to be named.

Such views reinforce the belief of some quarters that Mislatel might exist for another purpose other than to build a sustainable business.

Concerns again surfaced earlier this month when news reports emerged that network traffic on Google was intercepted and rerouted to servers in Russia and China, including those of China Telecom. The incident was described by unnamed security experts as an internet “hijack” and a possible “war game experiment.”

China Telecom strongly denied any wrongdoing. It said the issue stemmed from an “erroneous routing configuration” by an operator in Nigeria, which caused the data to be mistakenly sent to China Telecom.

In the third telco selection rules, security issues are addressed under the post-qualification stage. Specifically, the new major telco player should provide a detailed plan that its network and facilities will not compromise national security and will comply with the Philippines’ National Cybersecurity Plan.

National security worries came to the fore in a hearing called by Sen. Grace Poe, chair of the Senate committee on public services, on Nov. 27.

Poe said in her opening remarks, “can we trust them to accord the same respect for the privacy of information and correspondence? Do we believe that they will not obtain valuable information to stir up insurrection or to prejudice the Filipino consumers?”

Responding to the alleged internet hijacking incident, Hermogenes Esperon, National Security Adviser, said there were “technical ways of countering that,” albeit he did not provide details.

Some observers, however, remained skeptical.

“Words and laws are not enough to give an assurance. There must be concrete evidence that we can trust China Telecom. Unfortunately, DICT and NSA do not seem equipped to mitigate such risks,” said a cybersecurity expert who declined to be named.

The NTC and the DICT, meanwhile, are prepared to fully back the new major telco player.

Initiatives to address telco infrastructure sharing, lower interconnection rates and the use of government assets such as the spare fiber in state-owned power transmission lines and submarine cable landing stations were launched by the DICT over the past year under Rio. Lawmakers are separately moving to finalize a bill that would allow subscribers to retain their mobile numbers when switching providers.

Rio, a former NTC commissioner who paved the way for the entry of Sun Cellular in 2003, stood by the credibility of the third telco selection process, which underwent several public hearings and survived lawsuits by would-be bidders seeking to derail the initiative.

He noted that with the entry of a new telco player, there was a chance for the Philippines to have internet services comparable to Singapore, regarded as among the best in the region.

The DICT is set to undergo its own shift as the telco industry itself changes with the entry of a new player. Rio will be replaced by Sen. Gregorio “Gringo” Honasan II by early 2019.

For Rio, a former general of the Armed Forces of the Philippines, the completion of the selection process for a new telco player is his primary goal.

“I am a good soldier. There was a mission and we took the steps and studied how to accomplish this,” Rio said in an interview.

All that remains in the process is for Mislatel to hurdle the post-qualification stage. After this, the group is expected to roll out their service within a year.

Franilla said he was open to giving the China-backed telco a shot.

“I want to give Mislatel a chance because they are promising to give us good internet,” he said. “Hopefully they will be able to deliver on their promise.”