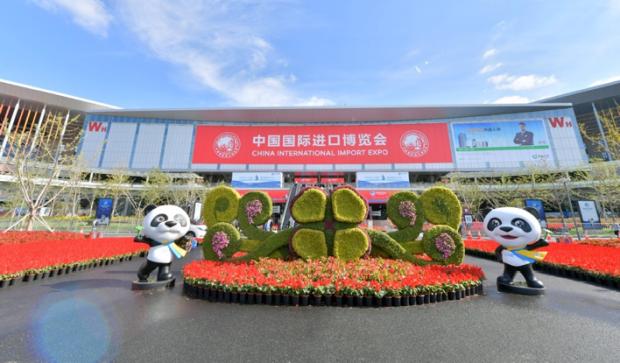 The National Exhibition and Convention Center in Shanghai, venue of the first China International Import Expo (CIIE), which took place from Nov. 5 to 10, 2018. (Photo from the CIIE Facebook page)

Philippine companies sold $124 million worth of sales in China’s first import expo, hitting twice the target earlier set by the Department of Trade and Industry (DTI).

In a statement issued on Monday, DTI noted that it had exceeded its $50 million target sales at the first China International Import Expo (CIIE) held in Shanghai.

The expo only features foreign exhibitors, giving thousands of foreign companies a chance to sell to Chinese buyers.

The total Philippine sales include $108 million of signed orders for various agricultural products such as bananas, avocados, and oranges. It also included $16 million of direct sales from exhibitors.

“This is a big win for Filipino companies — especially those in the agriculture industry — as we push for greater promotion of our fresh fruits category in China’s huge market,” said DTI Secretary Ramon Lopez.

“The figures exceeded our target sales for this participation, which was $50 million. But Philippine products, known to be of quality to foreign buyers, received overwhelming approval at CIIE,” the trade chief added.

This is despite sending fewer exhibitors than earlier expected since the event was allegedly overbooked. The country previously planned to send over a hundred exhibitors.

Instead, only 36 Filipino exhibitors were able to participate, according to a previous DTI statement.

Apart from this, there was also a 136-square meter Philippine national pavilion, which featured 10 partner government agencies and companies as well as 11 universities.

DTI is looking forward to bringing a bigger delegation to next year’s CIIE. According to Lopez, DTI is eyeing to set up 100 booths for next year and to double its sales, targeting to bring a wider variety of local fresh fruits. /atm