Tagaytay again? Why not Laguna? 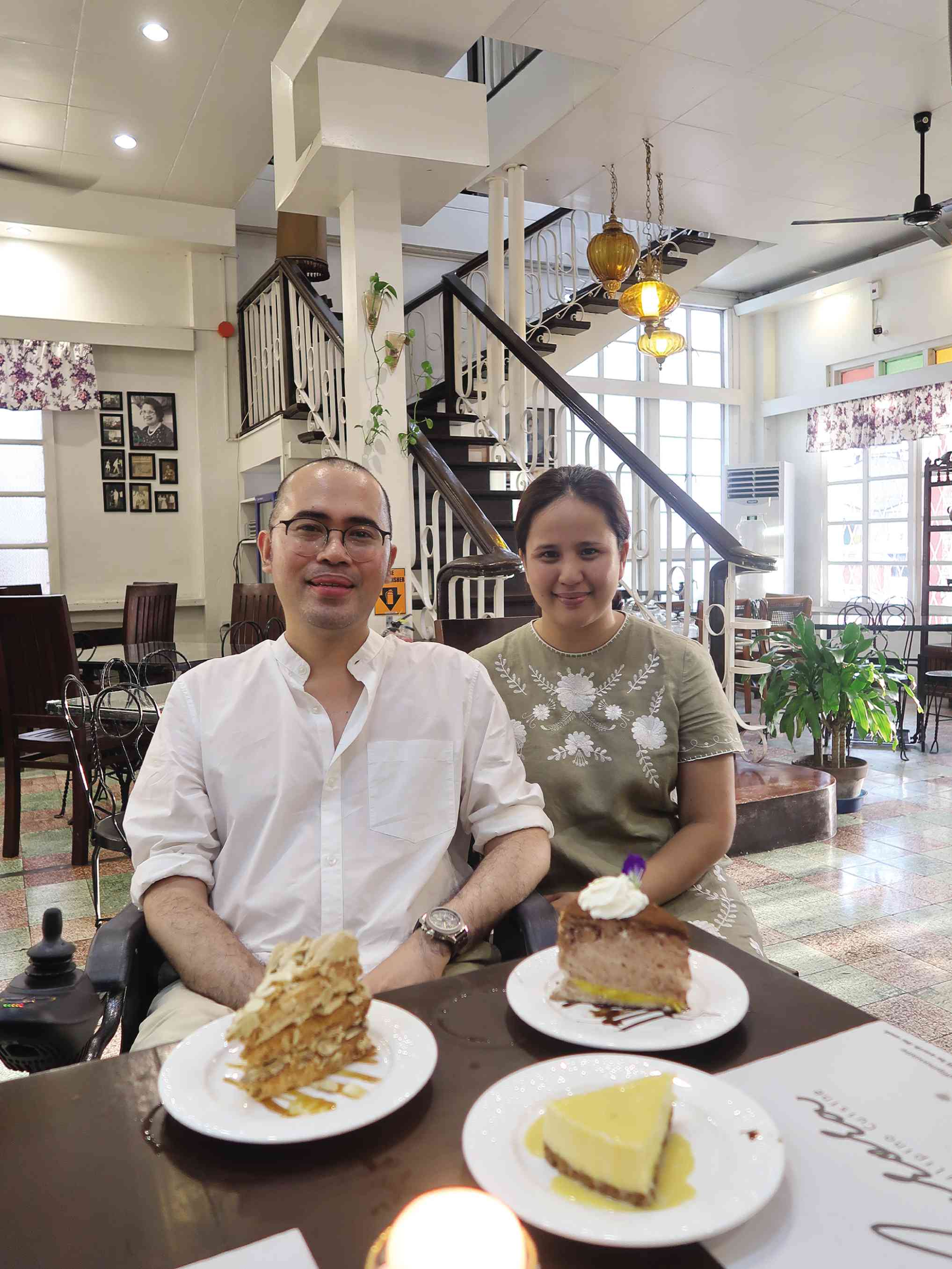 If you are looking for a place to visit out of town that is just driving distance from Manila, here’s an alternative to Tagaytay: Laguna!

I was reintroduced to the beauty of this town recently by chef Dino Datu who invited a few friends from the media to an event conceptualized and organized by his fiancée, pastry chef Gel Salonga, and her brother, chef Theodore “Day” Salonga, entitled “Sa Pantalan-Biyaheng Pangkatagalugan Food and Cultural Heritage Festival” (By the Docks-A Southern Tagalog Journey).

Our first stop was at their restaurant, Aurora’s, which was once upon a time the Salonga ancestral home. If you tour the restaurant, which you are encouraged to do after dinner, you will see that the home also functioned as the salon of their hairstylist matriarch, Aurora Napiza Salonga, when she was alive. I got a kick out of the vintage hair blowers and rollers that the family preserved and are on display upstairs.

Our meal was a fine introduction to Laguna delicacies. We started with the Ensaladang Sta. Cruz, a refreshing fern salad that uses carabao cheese (kesong puti) and salted duck egg, two products that Sta. Cruz is known for.

Then our souls were refreshed with Pesang Dalag, a fish soup using mudfish. This reminded me of my own grand aunt Nana Meng’s pesang dalag, which was served many times in our own ancestral home in Sta. Maria, Bulacan.

If you love beef tapa, you will love their take on adobo, which is the Crispy Adobo Tadyang. It is not at all like adobo but more like deep fried beef short ribs. This is something I would make foreign friends try. Another interesting item is the Kinulob na Itik. I have tried Kinulob na Manok before (the very hardworking gourmet Senator JV Ejercito has a secret source in San Juan for an excellent Kinulob na Manok) but I had never tried Kinulob na Itik before this trip. I think using itik makes the dish extra special, given that duck is generally more flavorful than chicken.

Something unique to try even for Filipinos would be the Ginataang Kalabaw. It is really just meat stewed in coconut milk. But eating carabao meat is not something one can experience every day. Props to the kitchen in Aurora on their slow-cooking skills because tenderizing meat is hard enough, even harder with carabao meat. Chef Dino explained that papaya has been incorporated in the dish, not only to break the monotony of the beef but also to help tenderize it.

Another unique item is the Sinugnong Kanduli. Kanduli is silver catfish, which can only be found in Laguna de Bay. The cooking method, sinugno, is unique too.

Day clarifies, “The process of sinugno, however, means grilling the fish over charcoal fire then slowly pouring the (burnt) coconut sauce while grilling.” This results in a caramelized coconut flavor that is a lovely experience. At Aurora’s, they also add guava to the sauce so that the sweetness of the coconut is balanced out by the sourness of the guava.

All that goodness would be enough to last you till Christmas, but make sure to also leave space for dessert because Gel is known for her Salted Egg Cheesecakes. This is served at the restaurant as well.

We were lucky to witness “Pantalan-Biyaheng Pangkatagalugan.” This year was the second year of the event, which is the siblings’ way of paying homage to Laguna. They gathered artists, food producers and craftsmen from eastern Laguna to showcase their work and products.

Among the participants were wood whittlers from Pakil, wood carvers of Paete, embroidery artists of Lumban, farmers of Kalayaan, Laguna, to artists like Renel Batralo of Sarilikha, who makes bags and other art out of water lily stalks.

Foodies also enjoyed treats native to Laguna like espasol. Day also offered his own Bitbit, his own line of deli products like Longganisa Sta. Cruz, known for its similarity to chorizo and its strong paprika taste.

If you decide to stay at Ted’s, they can also arrange a culinary tour of Laguna for your group. Or you can go shopping on your own: for barong in Lumban, for footwear in Liliw, or for wooden crafts in Paete, Pangil and Pakil. You can also explore the falls in Caliraya Lake or at the Cavinti caves. And if you’re a Catholic freak like me, you will definitely enjoy visiting the churches in the heritage town of Pila.

There’s much to discover in Laguna. A day trip isn’t enough. I look forward to going back!