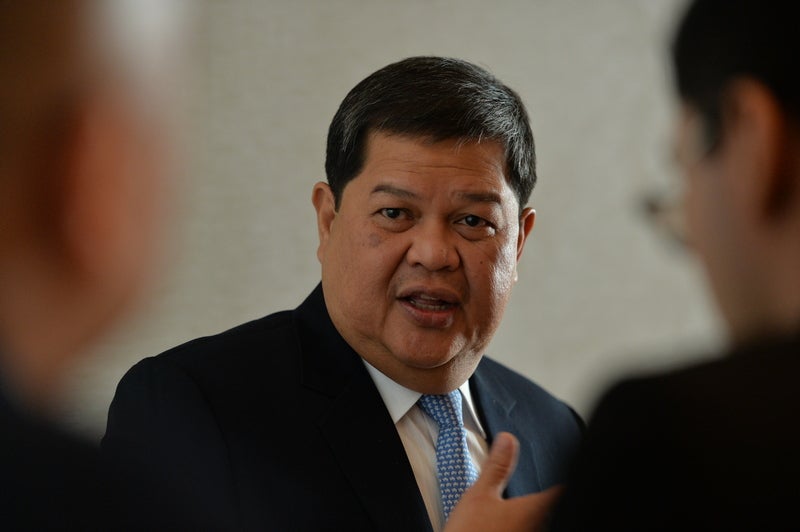 Bangko Sentral ng Pilipinas (BSP) Governor Nestor Espenilla Jr. received a grade of “B+” from international financial magazine Global Finance in his first full year as the head of the country’s monetary authority.

In its annual report card that’s followed closely by investors, editors of the publication cited the monetary policy tightening actions of the central bank under Espenilla that was meant to combat inflation that currently stands at a nine-year high.

“The central bank of the Philippines, raised its overnight reverse repurchase rate by 25 basis points in May and another 25 in June,” the magazine said. These rate hikes were followed by two more 50-basis point increases in August and September — the most aggressive tightening streak since the crisis-ridden presidency of Joseph Estrada in 2000.

“Personally I would have given an ‘A’ to [Espenilla] for cutting the reserve requirement ratio in the same year the reverse repurchase rate was hiked by a non-negligible amount (150 basis points and counting),” Bank of the Philippine Islands lead economist Emilio Neri Jr. said in a tweet on Wednesday. “None of his predecessors had the political will to do so even in good times.”

Global Finance said the BSP’s actions “were designed to safeguard macroeconomic stability in an environment of rising commodity prices and ongoing normalization of monetary policy in advanced economies.”

Tetangco received the the coveted grade “A” accolade eight times during his 12 years at the helm of the BSP, while his predecessor Rafael Buenaventura received an “A” rating twice.

In giving Espenilla the grade of B+, Global Finance also noted that the Philippine economy grew at an annual rate of 6.8 percent in the first quarter of 2018, close to the target growth rate of 7-8 percent for the year.

“Employment and wages are rising, but the Philippine peso slumped to a 12-year low as government spending on infrastructure drew in imports, widening the current account deficit,” it said.

Before being appointed to the top BSP job by President Rodrigo Duterte last year, Espenilla was the central bank’s deputy governor in charge of bank supervision. He is a career BSP employee who started his stint at the monetary authority in 1981 as a debt analyst.

Espenilla joined the BSP just two years before an economic crisis pushed the Philippines into de facto bankruptcy in 1983, stopping its repayment of foreign debt due to a lack of dollars.

Espenilla is currently on medical leave to treat his tongue cancer which was discovered late last year. He is expected to return to work next week.