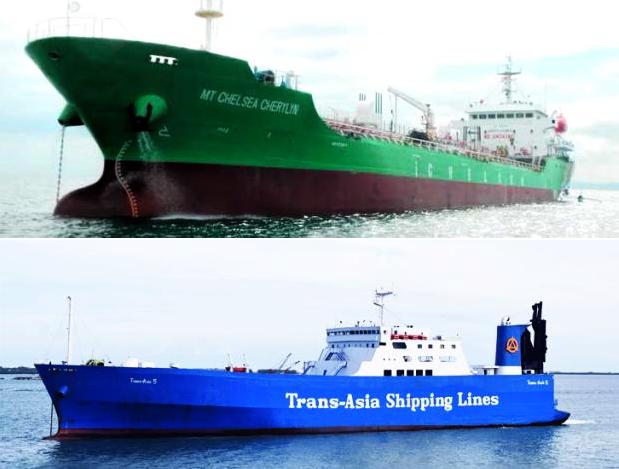 The Philippine Competition Commission (PCC) has started reviewing a deal made by a company led by Dennis Uy, which will strengthen its position in the passenger and cargo shipping market by acquiring its competitor.

According to the anti-trust body, Chelsea Logistics Holding Corp. (CLC), which has Uy as board chairman, is now seeking to legally acquire Trans-Asia Shipping Lines, Inc., after the government voided the transaction last June.

The deal was made in December 2016. Nearly two years after, PCC nullified the deal because CLC did not notify the commission about it, even though it was required by law to do so.

Under the Philippine Competition Act, companies doing mergers and acquisitions that are large enough to affect competition should notify PCC so the government can review it.

In a statement on Wednesday, PCC said Chelsea, a subsidiary of Udenna Corp., has finally notified the antitrust body about the deal on Sept. 21, days after the company asked for a reconsideration of its issues.

Udenna Corp. is a holding company which also have Uy as board chairman and as chief executive officer.

PCC’s review of the deal — which could take weeks, if not months — began on Oct. 10.

The review might also lead to certain conditions that would keep Chelsea from resorting to anti-competitive behavior, after Uy himself —  among other company representatives — made certain commitments.

About Chelsea’s 2Go and Trans-Asia

The failure to notify was not PCC’s only issue.

If the Trans-Asia deal had not been made void, Chelsea would have kept control of two large companies, which would have otherwise competed against each other in the Visayas and Mindanao markets had they been separate entities instead.

Such case, according to PCC earlier this year, would have led to a “substantial lessening of competition” in the market.

PCC cleared the other CLC deal under the condition that the Trans-Asia deal was nullified.

This arrangement rules out the competition concerns since Udenna won’t have a hold of both 2Go and Trans-Asia, PCC said.

The parties sought to have both decisions — the nullification and the conditional clearance — reconsidered on top of reduced penalties. This led to a hearing on Sept. 17.

On top of saying they would comply to the law’s notification requirements, Uy and other representatives said they would be willing to take up measures that would address Udenna’s ownership of both 2Go and Trans-Asia.

“They further expressed their willingness to offer voluntary commitments to address the competition concerns arising from Udenna’s concurrent ownership of 2Go and TransAsia,” the PCC statement read.

“These include the commitment to be bound by a price monitoring scheme and provide necessary information to implement the same,” it added.

According to PCC, the belated notification and the proposal of voluntary commitments were considered as mitigating factors in the fine against the company.

PCC set the applicable administrative fine at 1 percent of the transaction value, amounting to P11.4 million – or half of the original fine of P22.8 million.

Based on its previous review of the Chelsea/KGLI-NM transaction, PCC found that control of both 2Go and Trans-Asia by Chelsea would be harmful to competition.

This was seen affecting roll-on/roll-off passenger shipping services in the following six legs:

The same transaction also found substantial lessening of competition in the cargo shipping services in the same areas along with the Cebu-Zamboanga leg. /atm