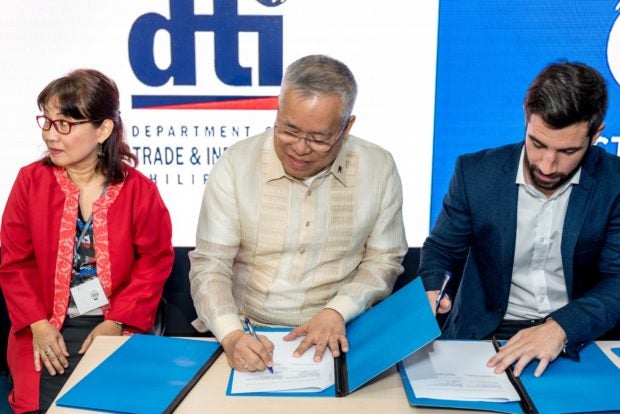 Financial technology (fintech) firm First Circle has teamed up with the Department of Trade and Industry (DTI) to expand its digital lending platform and make available P1.5 billion in fresh funding for Philippine micro, small and medium enterprises (MSMEs) nationwide.

First Circle aims to expand its reach with the help of the DTI, which now has a network of 950 Negosyo Centers or the one-stop shops where MSMEs can register and seek mentorship, including raising funds and finding markets for their products.

Since setting up shop in 2016, the firm has been able to provide working capital for about 1,000 MSMEs at an average loan size each of P1.5 million, typically for a term of three months, First Circle co-founder and chief executive Patrick Lynch said in an interview on Wednesday at the partnership launch.

“At its core, First Circle is about empowerment of business owners who partner with First Circle to take their business to the next level,” Lynch said.

Lynch noted the rising interest rate environment has no impact on the rates charged by his company. Since its business model is different, its interest rate is based on cost of capital and perceived credit risk. First Circle’s borrowers can now avail of working capital at 1.5-2.5 percent interest rate per month. When it started in 2016, the firm lent out at 2.5 percent to 3.99 percent per month, depending on the borrowers’ credit score.

“Our biggest cost is our cost of capital, because people see it as risky—but we don’t believe that—and since we’re able to prove that it works, we’re able to negotiate better rates and then we’re able to pass on those rates,” Lynch said.

“It is because of our mission alignment that we have been selected by the DTI as their official partner. We can leverage the educational tools and other resources of the DTI and use our capabilities in distribution to reach more businesses than ever before,” said Lynch.

In two to three years, all 1,600 municipalities in the country would likely have Negosyo Centers to assist MSMEs, Lopez said.

Fonacier said the BSP, for its part, was embracing innovations to help SMEs, the lifeblood of the economy accounting for over 90 percent of local enterprises. “We know that significant technological innovation is reshaping our financial industry,” she said.