Ride-hailing app FastGo to launch in Indonesia, Myanmar; PH next 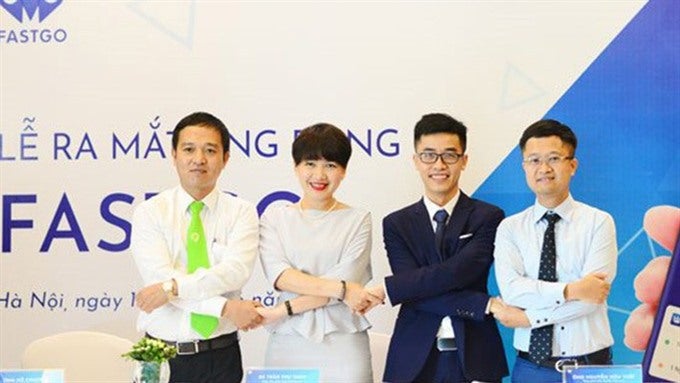 HANOI — Vietnamese ride-hailing service, FastGo has announced it will launch its service in Indonesia and Myanmar – its two first international markets – by the end of this year.

FastGo CEO Nguyen Huu Tuat told Viet Nam News that it expected to occupy a 30 percent market share in Indonesia and take second place after Grab in Myanmar, despite the fierce competition in these markets.

Tuat said FastGo is seeking to raise US$50 million in its Series B round of funding. The fundraising is expected to finish in the first quarter of 2019 and aims to accelerate regional expansion.

“We chose Myanmar and Indonesia as we have relevant strategies for them in place. We already have strategic partners in these two markets to launch our services,” he added.

FastGo quickly expanded its operations in Da Nang last month after receiving the funding. According to FastGo, more than 30,000 drivers have registered on its system and completed 100,000 successful car calls.

FastGo Vietnam Company Limited under the NextTech Group expected to have one million users in Vietnam by the end of this year.

It plans to expand to the Philippines, Cambodia and Thailand after these two markets.

FastGo said its rivals Grab and Go-jek present both challenges and opportunities. Its advantages are strong partners in regional markets.The company told Viet Nam News that they prepared the product three years ago.

“It is time for FastGo to penetrate foreign markets to create a balance in the regional ride-hailing service market. The launch in Indonesia and Myanmar will not affect our expansion and development in Vietnam”.

FastGo joined the market in August this year. FastGo has an operation mechanism similar to Grab. This is the first ride-hailing app to offer insurance to customers for all trips, not charge drivers for discounted rates and provide driver partners with many benefits.