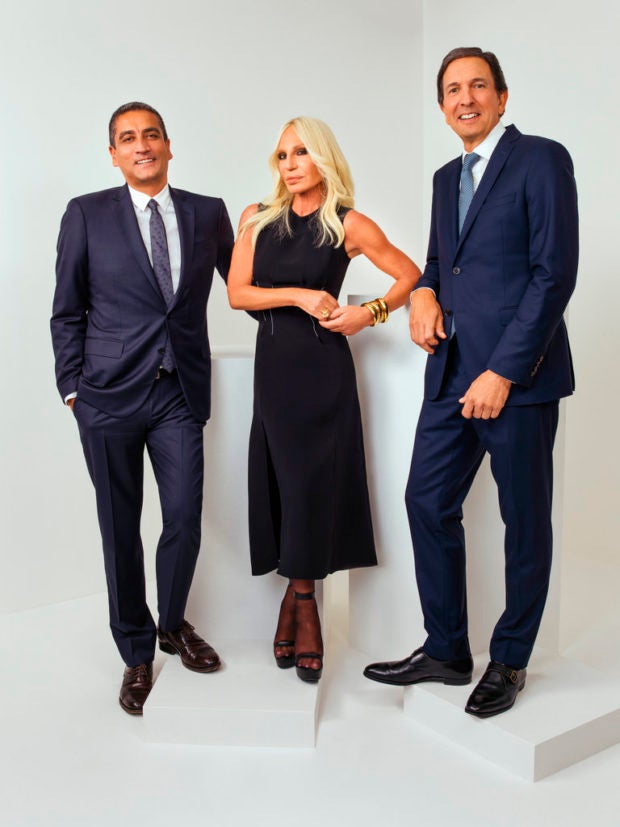 NEW YORK (AP) — Michael Kors is buying the Italian fashion house Versace in a deal worth more than $2 billion (around P108 billion), continuing its hard charge into the world of high-end fashion.

The deal Tuesday comes just 14 months after the New York handbag maker spent $1.35 billion adding to its portfolio Jimmy Choo, the shoemaker that rocketed to fame on the high heels of “Sex and the City.”

Like others in the fashion industry, Michael Kors Holdings Ltd. is trying to fire up sales by cranking up the glamor.

Tapestry, once known as Coach, acquired Kate Spade last year. Like Coach, Michael Kors is changing its name as it seeks to reframe how people in perceive it.

Michael Kors remains the chief creative director at Kors, but the expanding company will be renamed Capri Holdings Ltd., with $8 billion in projected annual sales. Versace will be a key engine of growth, executives said in a conference call Tuesday.

Bringing in Versace adds a layer of glitter to the company, which sells handbags for less than $500. Versace bags can fetch five times that figure.

Versace’s flamboyant styles have invoked collective gasps, perhaps most notably when Jennifer Lopez appeared at the 2000 Grammy Awards in a navel-baring dress. 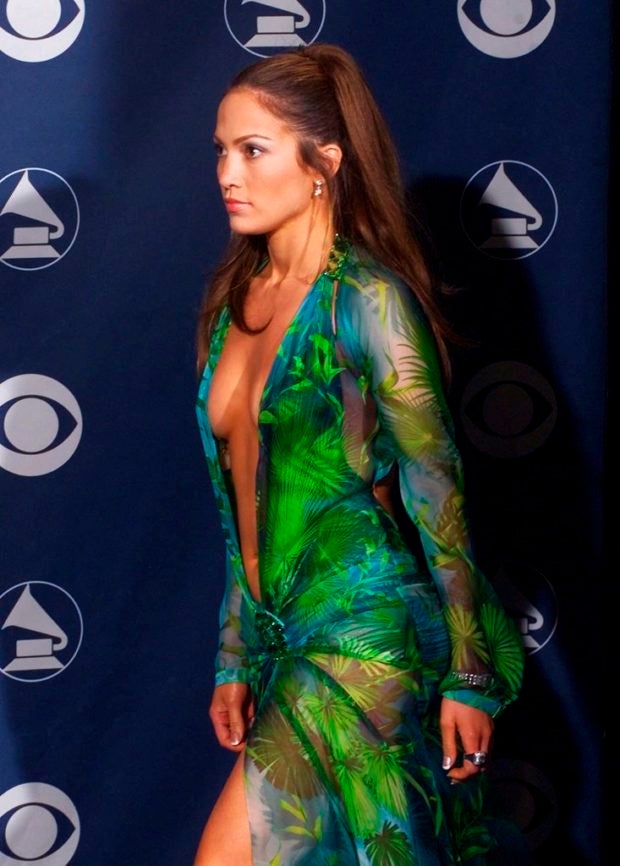 Versace’s fall styles include midi-dresses with baroque print for $2,950, and vinyl skinny jeans for $1,250.

It becomes just the latest major Italian fashion house to be folded into the portfolio of a foreign entity, a trend that has raised no shortage of concern about the future of the made-in-Italy marquee.

French conglomerates have been the biggest buyers, with Kering buying Gucci, Bottega Veneta and Pomelato and LVMH taking on Bulgari and Loro Piana. 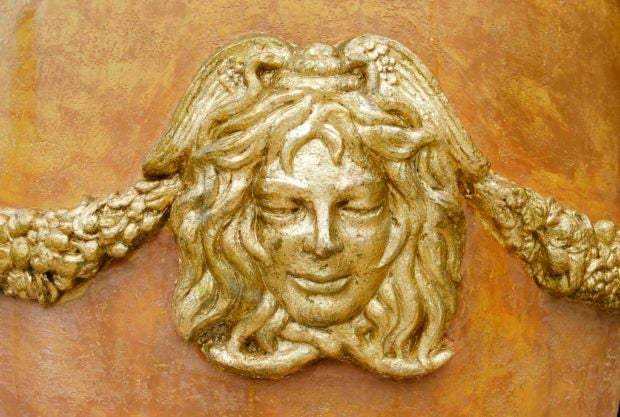 This July 17, 2013, file photo shows the Versace logo on one of the vases at the entrance of a mansion once owned by Italian designer Gianni Versace in South Beach area of Miami Beach, Fla. Image: AP Photo/Alan Diaz, File

He also helped create supermodels, like Naomi Campbell, Cindy Crawford and Claudia Schiffer and was the first to bring celebrities to the front row.

The family-run business was thrown into chaos with Versace’s murder 21 years ago. His sister, Donatella Versace, took over creative direction, while his brother Santo continued on the business side. It had been eyeing a public listing for several years.

“This is a very exciting moment for Versace,” she said. “It has been more than 20 years since I took over the company along with my brother Santo and daughter Allegra.”

Donatella, who holds a 20 percent stake in the business, will stay onboard as creative director and the family will become shareholders in the larger business. Santo now holds a 30 percent stake and Allegra, 50 percent.

“With the full resources of our group, we believe that Versace will grow to over $2 billion in revenues,” said John Idol, chairman and CEO of Michael Kors. “We believe that the strength of the Michael Kors and Jimmy Choo brands, and the acquisition of Versace, position us to deliver multiple years of revenue and earnings growth.”

Kors said Tuesday that it plans to open 100 new Versace stores (there are 200 in operation) at the same time that it amplifies online sales of the brand. It also plans to increase Versace’s men’s and women’s accessories and its footwear business from 35 percent, to 60 percent of its overall brand’s sales.

Though sales at Versace have been growing stronger recently, the business had been sputtering. And despite some progress, Michael Kors hasn’t fully rebounded from its malaise. It’s trying to rebuild its reputation after broadly distributing its products to department stores and outlet malls, which damaged its image.

Keeping the family involved and Donatella as the creative engine at Versace are both good ideas, said Neil Saunders, managing director of GlobalData Retail. The size of the company will provide Versace with a more global reach, especially in Europe and Asia, he said.

“All that said, we maintain our view that Versace is not a perfect operation,” Saunders said. “While it is iconic and high-profile, there is a lot of work to be done to position it for higher growth. This will absorb both time and money from the group and has to be done in tandem with the ongoing efforts to put Michael Kors firmly on the right track.”

The deal is expected to close in the fourth quarter. Shares of Kors rose more than 1 percent. NVG

Apple completes Shazam acquisition; confirms it will soon make the app ad-free for all