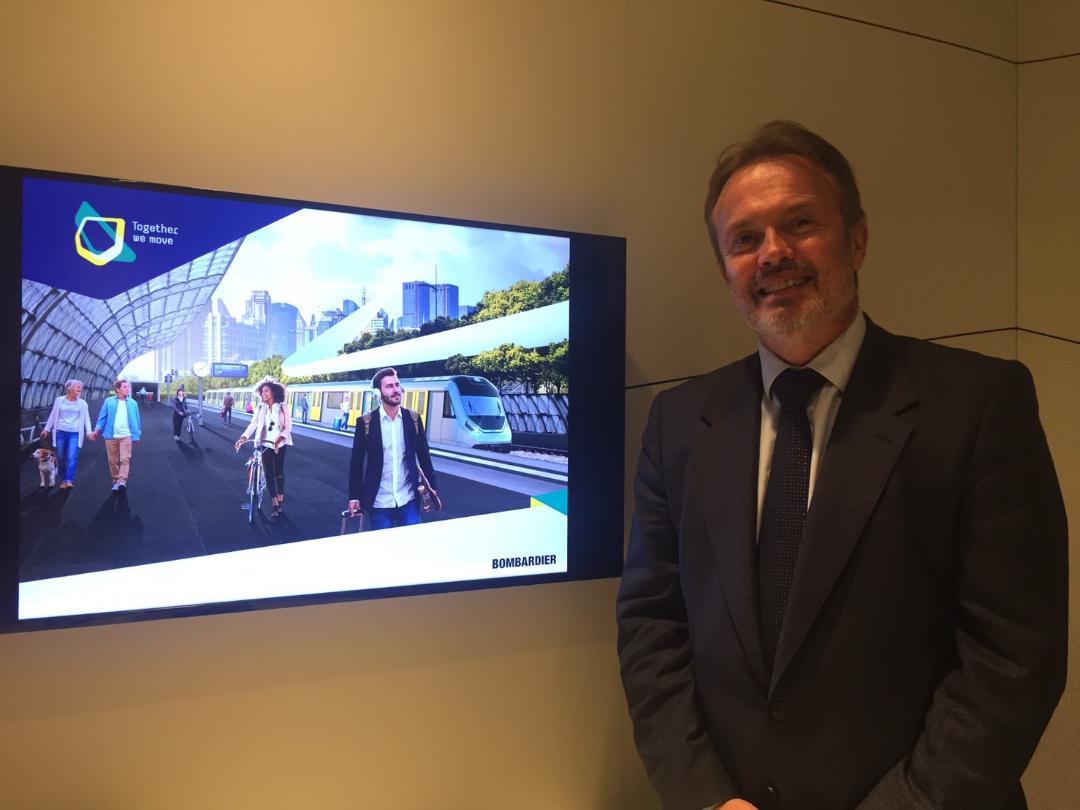 BANGKOK — Bombardier, the Canada-based manufacturer of planes and trains, expects strong growth in its business in Asean countries due to expanding investment in infrastructure projects in the region.

The rising gross domestic product and increasing urbanization are changing the lifestyles of people, said Laurent Troger, president of Bombardier Transportation. He was speaking last week at InnoTrans 2018 in Berlin.

“We will maintain our market share among the top three in the Asean market by providing more technology, innovativeness, service, and also customize our products to serve demand in this region,” Troger said.

He added that the company believes in growing strong local roots in key growth markets and sees potential in Asia Pacific for development of urban mass transit and advanced railway networks. Its long-standing presence in Asia began over 50 years ago and continues with 28 offices and production sites established across the region.

At present, the company is ranked second for train providers in the Thailand market.

“Thailand’s politics is now stable and the country’s economy is still growing, driving strong and aggressive demand to develop infrastructure projects compared with others countries in this region,” he said.

Bombardier entered Thailand in 1964 by delivering products to the State Railway of Thailand (SRT) when the first diesel locomotives were supplied. Bombardier and SRT have had a long relationship in both rolling stock and signaling systems.

In 2007, Bombardier Transportation was awarded the contract for the resignaling of the full BTS Skytrain route. Bombardier is delivering its CITYFLO 450 communications-based train control (CBTC) solution, which enables rail traffic headways to be reduced, increasing passenger capacity.

Currently, the company has also signed a turnkey agreement with BTS Group to build two monorail systems – Pink and Yellow lines – worth more than Bt20 billion.

In Singapore, the company was awarded an asset renewal contract to upgrade the Bukit Panjang LRT line with 19 new Bombardier Innovia APM 300 as well as 15 years of maintenance and spare parts contracts this year. In addition, another contract was awarded to Bombardier Transportation to supply 396 Moviametro for the North-South and East-West MRT line. The new order brings the number of Movia vehicles in Singapore to 672, making it one of Bombardier’s largest metro fleet in the world. To date, Bombardier has received orders for more than 3,900 of these Movia metro cars worldwide, he said.

The company also ranks second in terms of value in providing rail system in Singapore, the company’s president said.

In Malaysia, Bombardier Transportation and Taylor Woodrow International were lead sponsors in the Kuala Lumpur Sri Petaling and Ampang lines, formerly known as STAR (Sistem Transit Aliran Ringan). STAR was a special-purpose, limited-recourse project company, which was awarded a 30-year concession to finance, design, build and operate both phases of the Kuala Lumpur Light Rail Transit. The 27-kilometer system is now operated by RapidKL.

Bombardier Transportation has established an operations office in Kuala Lumpur to deliver these fully integrated turnkey transportation systems and harness a dedicated specialist team of 148 people to manage the entire scope locally.

Philippines and Indonesia are also seeing aggressive investment to develop the country’s infrastructure to serve the rising population. Rail system is integral to driving the country’s economy growth and supporting an urban lifestyle, he said.

He added that Bombardier is dedicated to become a strategic supplier to operators and authorities in Southeast Asia. The rail market in the Asia-Pacific region represents a dynamic growth of 2.5 percent, according to analyses from the UNIFE 2010 market study. Transport authorities have announced several upcoming projects at the moment, including new metro lines and extensions of existing lines in Bangkok, Singapore, Kuala Lumpur, Manila, Jakarta, Hanoi and Ho Chi Minh City, all of which Bombardier sees great potential in.

“We expect to maintain our market share among the top three in Asean countries this year, and if we can become market leader that will be okay,” he said.

At the end of 2017, Bombardier Group reported total revenue of US$16.2 billion, with Bombardier Transport accounting for $8.5 billion.