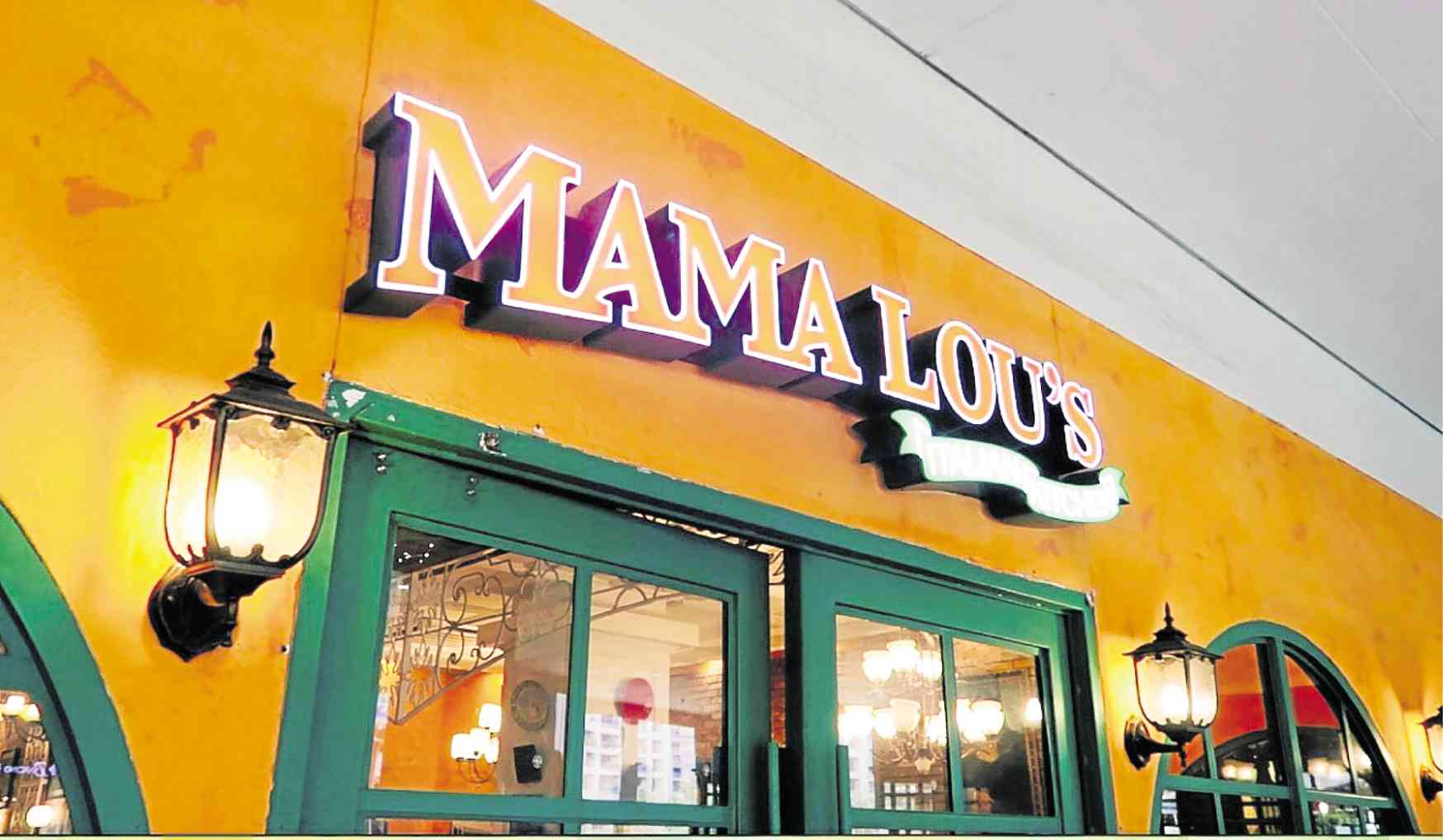 Mama Lou’s is a great place to bring your family to on a Sunday. If anything, it guarantees a hearty meal.

Mama Lou’s has been a favorite of residents of the south (BF-Alabang) for six years now. That home converted into a restaurant on Tropical Avenue has always been warm and welcoming, the kind of place where you have a sense of celebration without having to dress up or be stuffy. Even my dog, Stardust, loved it.  (They allow pets in the al fresco area.)

Unfortunately, BF is just so far and ever farther now with traffic that if you don’t live in the area, the restaurant becomes a destination resto rather than a neighborhood favorite. Thankfully, owner Richard Tremblay has decided to share the Mama Lou love with the rest of Metro Manila. This pride of the south now also has branches in UP Town Center, Ayala Malls Feliz in Santolan, Vertis North and Ayala the 30th in Ortigas.

This week, I had the joy of dining at Mama Lou’s in Ayala the 30th and ate enough carbs to last me till Christmas.

They have expanded their menu, now offering a whopping 28 varieties of pasta. They have 26 pastas using Barilla pasta, that “classic blue box” that guarantees a quality that even Italians appreciate: nine pomodoro (tomato-based), five alfredo (cheese and butter/cream), seven olio (olive oil), and five diavolo (spicy) choices. There are also two homemade pastas: a spinach ravioli and the all-time bestseller, their lasagna. 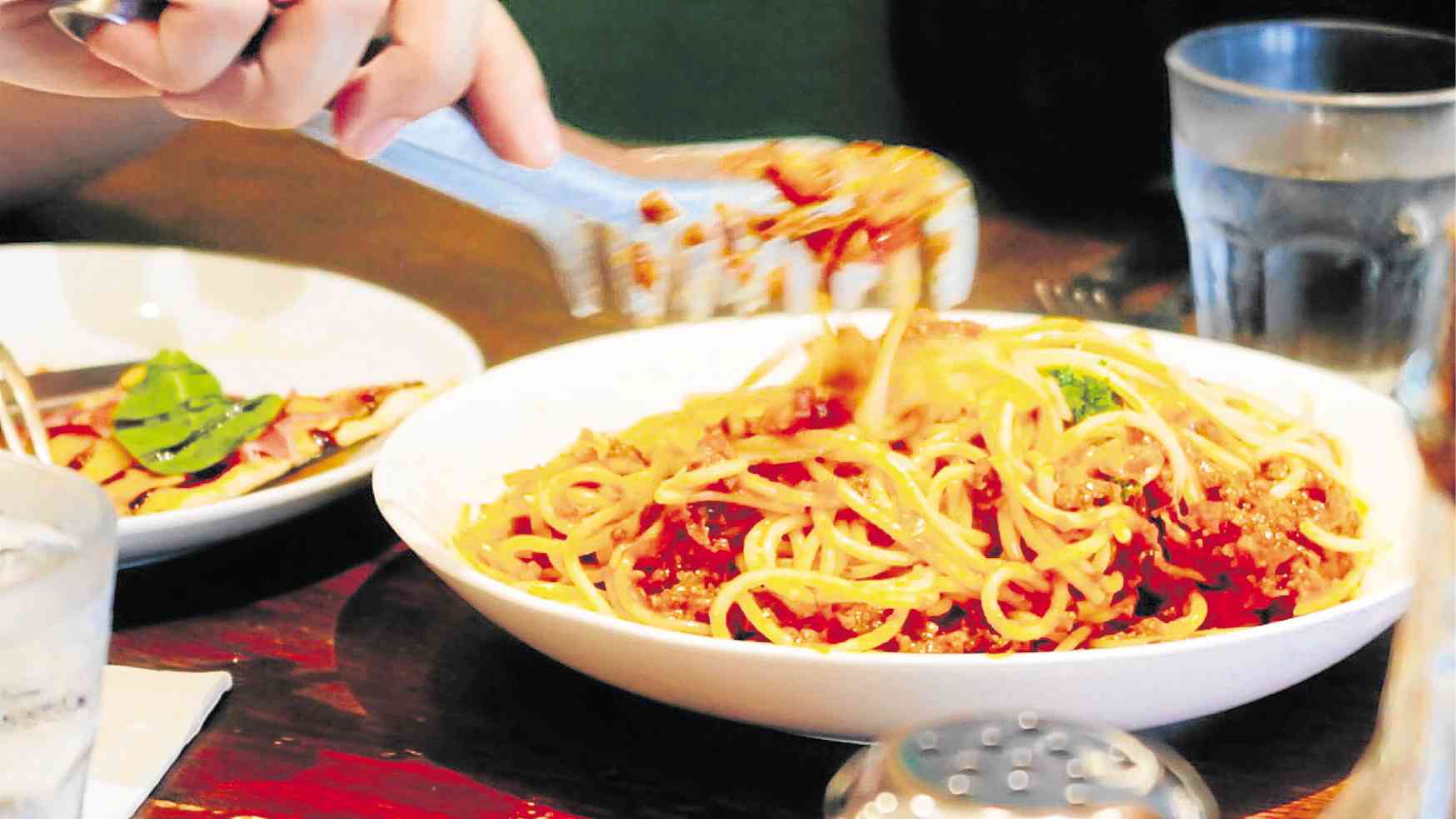 For spaghetti, they have seafood pomodoro, puttanesca, classic meatballs and bolognese. At the Ayala the 30th branch, their classic spaghetti and meatballs reminds one of “your grandmother’s cooking,” with the meatballs chunky and hearty.

The bolognese is also highly recommended, generous with its beef and kicking with flavor. How they make their ground beef extra tasty is a secret but they did confirm that another “secret” to the bolognese’s deliciousness is they use real olive oil and good quality Italian tomatoes.

It makes sense the servings would be this way—generous and soulful—because the influence of the restaurant, although named after Richard’s late wife Malou who was one of the founders of the restaurant, is Richard’s Italian great grandmother. Richard is French-Canadian and grew up in Montreal but remembers that almost everything served on their table was Italian. So a number of the items on the menu today are actually from recipes passed on to his mother by his grand maman or lola.

If you don’t like tomato-based pastas, go for the vongole olio. Like the bolognese, this one is also generous with flavor that you might even forget to eat the clams.

Aside from the pastas, the pizzas are also worth a try. They have a brick oven, giving the pizzas a crisp crust while maintaining a chewy base. The Mama Lou’s pizza, which has prosciutto and mangoes, was a creation of Richard’s daughter Crystal and his son-in-law David. Given that their pizzas are very thin, I like to eat it like a panizza, adding arugula and then rolling it.

You won’t run out of choices for the pizzas either. The menu lists 15 options. Also recommendable is the spinach and goat cheese pizza and the quattro formaggi if you are not averse to pungent blue cheese (I happen to love stinky cheese). You can ask that your order contain two flavors. 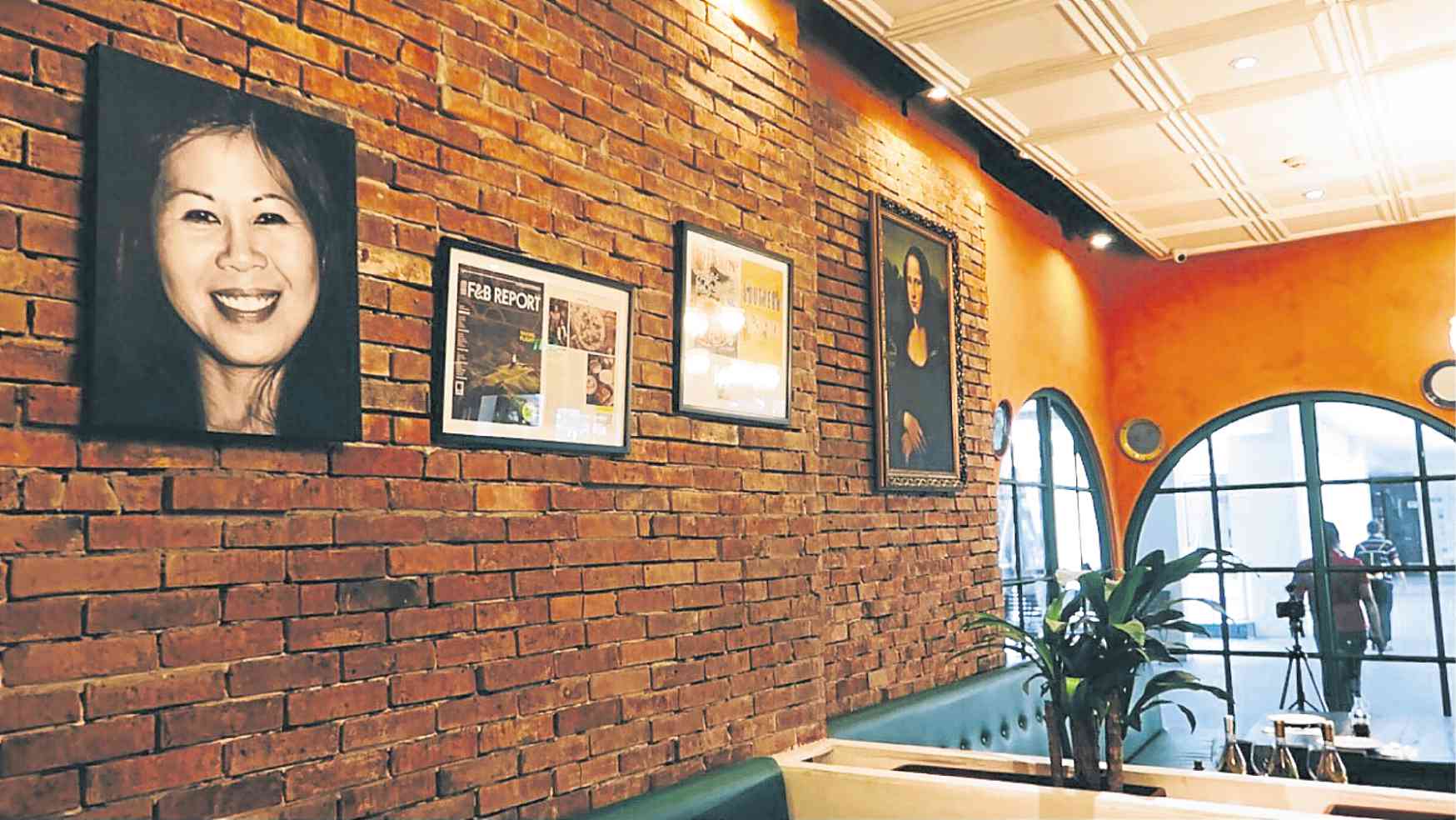 Given that our concept of an Italian restaurant is one that serves pizza and pasta, I must confess I have yet to go back for their meats and other mains. I am especially curious to try their osso buco, lamb shank (a grade-A New Zealand lamb rack cooked with rosemary) and their dry-aged rib eye. These look like the most promising on the menu.

Meanwhile, netizens have raved about the restaurant’s escargot and truffle mac and cheese.

I don’t think you will have any more room for dessert after carbo loading like you’re getting ready for a marathon. But if you must have a sweet ending, Richard recommends their cannoli so I will defer to him on this one—after all, he is the one with Italian blood.

Mama Lou’s is a great place to bring your family to on a Sunday. If anything, it guarantees a hearty meal. It exudes an Italian atmosphere that emphasizes that food is to be shared and that eating is not about the plate but about the celebration. Best of all, it feels like being welcomed to your friend’s Italian home, whose grand maman cooks a delicious bolognese!

Read Next
Bigger, better home choices for Davaoeños
EDITORS' PICK
Japan brings back virus restrictions over Omicron surge
Gear up and get ready to play with Yamaha Mio Gear
Over 3 Million worth of prizes to be won at Smart Padala’s SENDali Manalo Promo!
Uproar over no vax, no ride policy: Maybe it’s time for gov’t to say sorry—Bello
97% of COVID-19 beds at PGH currently occupied
Acer starts the year off strong with the Aspire Vero National Geographic Edition
MOST READ
1Sambayan names 7 aspirants in its 2022 Senate lineup
Emma Stone calls Andrew Garfield a ‘jerk’ after he ‘lied’ about his ‘Spider-Man: No Way Home’ appearance
Guevarra to Acosta: Obey rules on unvaccinated
PH to import 60,000 tons of fish to cover shortage
Don't miss out on the latest news and information.