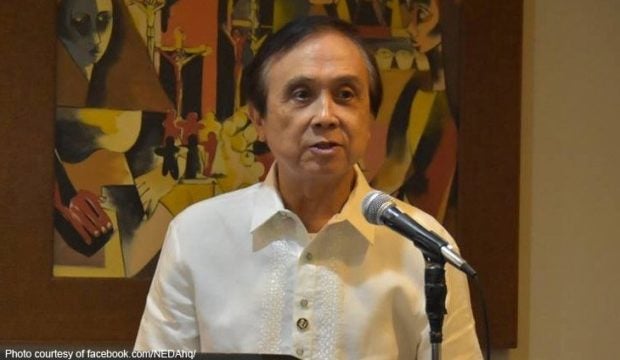 The Philippines stands to gain an additional over $42 million in exports of mostly electronic products to the US in the next six years amid a full-blown trade war between the United States and China, the country’s chief economist has said.

“That is because our main exports to the US are comprised of electronic equipment and transport equipment, as well as other non-agricultural products, chemical and rubber products, ferrous metals, and mineral products as inputs to their production. Our estimate is the net effect on our GDP is something like $34.7 million in 2018, and this is expected to rise further to $50.7 million in 2023,” said Pernia, who heads Neda.

The Neda chief nonetheless said these figures were indicative and needed to be further analyzed in detail.

Electronics remain the country’s top export commodity, accounting for more than half of merchandise exports in July, the latest government data showed.

Pernia later explained to reporters that the Philippines stands to benefit because while the US already imports these products from us, “they can’t import anymore from China, so they will import more from us.”

The cost of importing these goods from the Philippines was “competitive,” Pernia said.

“Maybe even if we’re a bit more expensive, but because the source in China is not available, so they have to get more from the Philippines,” he added.

For his part, Finance Secretary Carlos G. Dominguez III noted last Tuesday that “we are also experiencing the actual trade war, because last year we were only experiencing the threats—now it’s real.”

Dominguez cited US President Donald Trump’s announcement of $200-billion worth of Chinese goods to be slapped tariffs.

In turn, China retaliated by slapping $60 billion in US products with import duties.

“When you have a trade war, a lot of uncertainty is introduced into the world economic system, and banks react to that increased uncertainty by increasing interest rates, so that’s happening. So that has further eroded the value of our peso,” Dominguez said.

The peso is currently trading at almost 13-year low levels against the US dollar. /kga

Gov’t in no rush to rescue animals in Taal