Asean 4.0: Making it work for the future 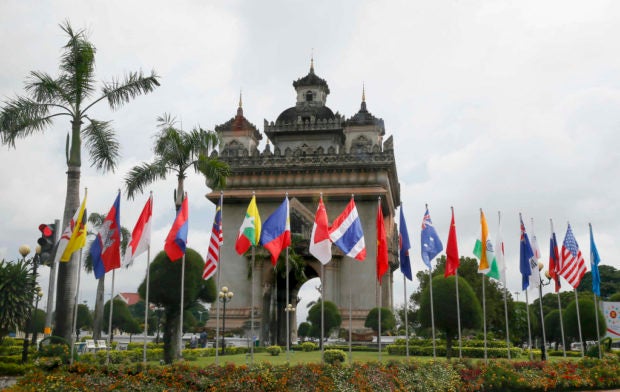 Flags of the 10-member ASEAN (Association of Southeast Asian Nations) and its dialogue partners are placed around the Patuxay Monument in downtown Vientiane, Laos, Monday, Sept. 5, 2016. AP FILE PHOTO

Asean’s advantages will be meaningless without effective cross-border policies that enable greater movement of data, talent and capital and ease of market access.

Since its inception in 1967, Asean has been a resilient force amid tremendous political, economic and social changes across the region. It has maintained peace, stability and diplomatic unity despite the incredible diversity and disparities among member states. These were the crucial foundations for the rapid socio-economic development of its member states.

Asean started out with five countries, with a population of 200 million and a GDP of US$22 billion. Today, the expanded 10-country grouping is home to more than 630 million people with a GDP of US$2.8 trillion (S$3.85 trillion) that makes it the sixth-largest economy in the world.

With its favorable demographics, well-educated and hard working workforce, rich endowment of natural resources, cultural and geographic linkages to the most important growth engines of the world and advanced infrastructure, Asean is well poised to sustain rapid progress.

It is not only a story of successful regionalism, but also of great potential from more regionalism: If we continue to get regionalism right for a future that is very different from the past.

The key to Asean’s longevity and success has been attributed to the so-called “Asean Way” of doing things.

There isn’t a formal definition of the Asean Way but it is one where national sovereignty is paramount. It is a consensus-driven and non-confrontational, decision-making model that allows countries to opt out or delay participating in any initiative, gives only minimal empowerment of supranational bodies, such as the Asean Secretariat, and avoids legally-binding commitments.

The Asean Way makes it politically easy to be a member of Asean, but economic integration requires far greater certainty and transparency.

The Asean Way has inhibited the creation of an integrated economic bloc; the Asean Economic Community (AEC) launched in 2016 is far from the envisaged single production base articulated in the 2007 Asean Charter.

The AEC Blueprint 2025 essentially commits Asean to pursuing most of the original aspirations of the charter 10 years later than originally planned.

Should we still be pursuing the original plan when the Asean Way is so deeply entrenched and arguably crucial to keeping all countries on board?

Still a long way to go

The inconvenient truth is that while Asean as a whole has been a great success, Asean economic integration has been a disappointment.

Despite the boom in low-cost flights, intra-Asean share of total tourist arrivals remained largely flat at 41 percent in 2000 and 42 percent in 2015.

In comparison, intra-EU tourist arrivals are at around 75 percent.

Similarly, the share of intra-Asean trade grew only marginally from 22 percent to 24 percent between 2000 and 2015 versus 64 percent for intra-EU trade.

Despite tariffs being brought down to negligible levels, non-tariffs have actually increased tremendously; average tariff rates declined from 8.9 percent in 2000 to 4.5 percent in 2015, but non-tariff barriers rocketed from 1,634 to 5,975 over the same period.

Over the period between 2000 and 2015, intra-Asean FDIs soared from 4 percent to 18 percent. A cadre of Asean MNCs such as CIMB, AirAsia, Ayala, Petron, Wilmar and Thai Beverage, emerged as they expanded beyond their home markets and embraced Asean.

Many of these cross-border investments took place despite regulatory and legislative constraints. When the AEC was first conceived, governments had to encourage companies to think about expanding in Asean; today, it is business that is constantly expressing frustrations about the pace of Asean integration and constraints to business crossing borders.

Isn’t it time to give business a bigger role in the integration process?

The 4IR and the disruptive pace of digital technologies are dramatically changing the business world and what it takes to succeed.

Among today’s incumbents, large companies are most at risk from challengers leveraging technology and free from legacy infrastructure, manpower and mindsets.

The 4IR doesn’t recognise borders and there is a real danger that Asean incumbents will be undermined by non-Asean challengers.

Will Ant Financial or Tencent challenge banks in Asean or could it be some Asean fintechs instead?

Asean already has a vibrant start-up scene that has produced home-grown unicorns, such as Grab, Tokopedia and Go-Jek as well as many smaller companies with great potential.

Grab has been so successful it has effectively fended off global giant Uber. Given the enterprising nature of young Southeast Asians and home ground advantages, how can Asean maximize their numbers and their potential?

The 4IR is also about the threat of widening inequality yet conversely, it brings lots of new tools to empower and be more inclusive. How does Asean get all this right? Do we leave the thinking and doing at the national levels or should we collaborate as a region?

The 4IR is first and foremost about data, talent and capital so it is imperative that Asean eases the flow of these three elements across borders. Currently, there are lots of restrictive policies on data flows across borders, constraints on work permits and reluctance to allow capital to flow easily between countries. As to rising inequality, how does Asean pool resources to ensure the poorest corners of the region have access to Internet as well as the knowledge of how to use that access?

What about 4IR regulations? How do we respond regionally to concerns about data privacy and security? What about tax collection; who gets the taxes from income of a doctor in Singapore treating a Cambodian patient online?

Economies of scale derived from market access is key in the 4IR. We must make the Asean single market a reality so entrepreneurs invest based on the potential of today’s 630 million-strong market.

Yet, when I spoke to some of the start-ups recently, I heard some depressing realities about exporting to Asean, including:

1. An online retail firm in Malaysia can deliver faster to the United Kingdom than to neighboring Indonesia. A door-to-door delivery to the UK takes two days, but to Indonesia, it takes three to five days at best and months at worst. It also typically costs three times more to deliver to Indonesia than to Singapore due to administrative and logistical hurdles.

2. There are no standard regulations across Asean and regulations can change overnight with no advance notice, often leaving the goods stuck at Customs. Similarly, foreign ownership rules tend to change without early notification.

I have not flagged all the issues nor do I have the answers but it seems clear that we need Asean to have a regional strategy, a plan of how to team up and leverage fully on the whole region for talent, ideas and markets, and ensure orderly progress with the right regional governance frameworks.

The geographic proximity between Asean nations will be meaningless without effective cross-border policies that enable greater movement of data, talent and capital and ease of market access for e-commerce to flourish.

I believe that a cohesive regional response can only be achieved with strong leadership; Asean must empower the Asean Secretariat to take the lead.

The Secretariat itself needs to be upgraded into a platform organisation and become the ‘operating system’ for regional integration.

The heavy lifting of crafting policies should be done by multi-stakeholder groups comprising experts from businesses themselves. After all, it is business that has proven to be the best part of economic integration so far, and they are screaming for more. Nations are already responding to the 4IR – Malaysia has its Digital Free Trade Zone, Singapore has Smart Nation, and there is Thailand 4.0 and Making Indonesia 4.0. However, responding at a national level is not enough, we need an Asean 4.0 plan and we need to embark on it now.

The 4IR should be viewed as a greater opportunity than a threat for a region with all the advantages that we have. We face the future stronger together as a region.

We should discard old paradigms, focus on the essentials for the 4IR and kick other difficult integration issues down the road.